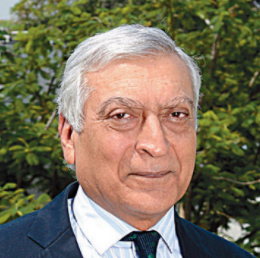 Kanwal Sibal has over 40 years of diplomatic experience. He has served as India’s foreign secretary, as ambassador to Turkey, Egypt, France and Russia, and as deputy chief of mission in Washington, DC. From 2008, he sat on India’s National Security Advisory Board. Sibal is currently a board member of the New York-based East-West Institute, an executive council member of the Vivekanand International Foundation, and is also an adviser to the US-India Strategic Partnership Forum. He has written more than 500 articles for major Indian and foreign publications. Sibal is a grand officer of France’s Ordre National du Merite and has received the Padam Shree award (India) and the Contributions to International Cooperation award (Russia).

12 Years After Mumbai, the Fight Against Terrorism Continues

The 12th anniversary of the November 26, 2008, Pakistan-sponsored terror attacks in Mumbai is an apt occasion to evaluate not only India’s struggle against terrorism but also how other major countries have dealt with this menace. Nine gunmen traveled from Karachi to Mumbai by boat to unleash mayhem over the...

Analysis on the US-India relationship with regard to China and eastern Asia. Pragmatic thinking supports the government’s inclination to bring India and the US closer, though not at the cost of becoming subservient to the latter. This is the third in a series of three articles. Read part 1 here...

Analysis on the US-India relationship with regard to Iran, Afghanistan, Pakistan, and India’s own nuclear ambitions. Pragmatic thinking supports the government’s inclination to bring India and the US closer, though not at the cost of becoming subservient to the latter. This is the second in a series of three articles....

The Arc of the India-US Partnership: Part 1

The change in Indian thinking about America has greatly transformed the India-US relationship. Being ‘pro-American’ is no longer a stigma whether in politics or business. The wider public accepts that establishing good relations with America is a desirable objective. Pragmatic thinking supports the government’s inclination to bring India and the...

India needs to act in its own interests and should not give in to international pressure to halt oil imports from Iran.