It is well-nigh time for the private sector to reclaim the effort of overseas relief and development.

As our national budget comes under greater scrutiny, it seems the United States Agency for International Development (USAID) is in late-stage bereavement for its possible demise. The agency, adjunct to the State Department, has a variety of assigned functions but core to its mission is to change behavior and attitudes in desperate countries overseas in positive ways that can be sustained. By most internal and external judgments, it has done more harm to its stated mission than good. It is well-nigh time for the private sector — socially responsible corporations and allied civil society — to reclaim this effort.

I was 16 in 1961 when President John F. Kennedy had stirred us with his references to Puritan John Winthrop and the City Upon a Hill. Looking beyond our national horizon, the message had been messianic. Emissaries from this brave new heart of Western civilization would now take the reins from an exhausted Europe. I remember that same summer living in Lima, Peru, as a recipient of a Rotary International scholarship, and one afternoon trekking up the slopes from the Rio Rimac into the shanties to rub shoulders with the have-nots. It was a single mother with a host of children running in and around a shack made from bits of tin and discarded boards. In one dark corner of her home she had tacked a glossy of JFK to a pole and beneath it a candle glowed.

That was the atmosphere back then when USAID had been inaugurated. It was to take the American narrative variously defined as a powerful refuge and beacon for the dispossessed overseas and to replicate aspects of its narrative there, such as liberal democracy, open markets, rule of law and, with time, human rights. But in its great enthusiasm for transforming the world in its image, the United States neglected two intransmutable verities.

First, whatever virtues America held, whether by the nature of its conception or by subsequent historical happenstance, they could not be bottled by a federal agency and delivered like so much fresh milk. No. Those virtues since the construction of its Constitution were deeply held by Citizen America, its entrepreneurs and its civil society.

Second, no facsimile of our wherewithal could grow roots and blossom in foreign lands without those lands incorporating what they found attractive in our model into their own narrative which in nearly all cases was much older than our own, meaning that change overseas would be effected only by evident and overwhelming local demand.

By 1969, I was a platoon leader in Vietnam. Those were the days of “hearts and minds” and a yet to be articulated approach of “clear, hold and build.” Otherwise known as Village Pacification, whereby USAID arrived on the heels of our troops with various forms of largess meant to serve as inducements to support America’s “mission civilisatrice.” We all know how that ended, in April 1975, with a frantic flight off the roof of our embassy in Saigon, eventually, on the eve of the 21st century, to be repaired by civil society — The Friends and Vietnam Veterans of America Federation come to mind — and pioneer American investors.

After spending some months, myself, getting repaired at Chelsea Naval Hospital, I became a stalwart, despite its anomalies, for a burgeoning complex of USAID and its contractors — those charities that depend on USAID grants for their existence. In those ensuing decades, I came to expect less and less from my association with the federal brand of foreign development assistance. By 1984, I was in West Africa as an avant-garde of American charity, where we were developing folks ardently, if not madly, at the grassroots; we were also staying blissfully ignorant about the local sociologies that were making us ever more irrelevant as time wore on.

To wit: Our prized teas in the rural hooches were less available as the countryside poured into the cities, became politicized and connected, as fast as telecom entrepreneurs could bring it to them. Zinc roofs, rubber sandals, mobile phones, all for-profit interventions where local demand exceeded supply — as feet now were buffered from the earth, living quarters from infested thatch and 20th century electronics were schlepped to Africa by Senegalese market women who did the Dakar-New York-Dakar run in 48 hours.

Demand. Local demand. The end-all for any intervention presuming sustainability. Investments built on demand not from the imaginings of civil servants in Washington, DC, about what parts of the American narrative belonged overseas. Africans in Accra were hanging bedsheets in backyards to watch purloined Hollywood motion pictures and were modernizing Africa in ways neither USAID nor their contracted charities ever fathomed, stuck as they were on the highly subsidized charbon cookstoves which they were peddling. No sir, in the same way the Africans were leapfrogging land lines to cellphones, they would now have propane and four burners.

By 2003, I was there in south-central Iraq (for seven years outside of any perimeter) while USAID demanded we establish Jeffersonian democracy in towns and villages which had been governed by religious and tribal sheikhs long before America was a twinkle in anybody’s eye. Yes, USAID town-hall meetings with a coterie of hired shooters lining the walls of the room.

And then, most recently, there was Haiti after the earthquake in 2010, where vast amounts of USAID reconstruction monies were sent surging through what little societal circuitry was left with the expected result — waste and corruption, as detailed in the inspector general’s report.

I am 72 years old now and as USAID rallies its supporters for a continuation of its trajectory, I must argue against it. No doubt, America has an extraordinary narrative, but let that narrative be told and purveyed by the bedrock of that narrative — our civil society and our entrepreneurs. And while there are some overseas relief and development functions I would save for the federal government, they are few and far between. 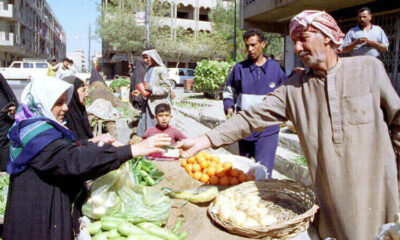 Are Sanctions Nothing More than a Futile Political Game? 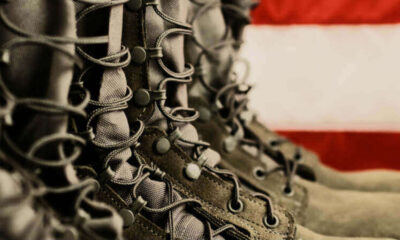