The nationalist plank of radical-right, populist ideology asserts that the US is ŌĆö and always will be ŌĆö the overriding dominant world power on every measure. Yet such a belief flies in the face of the laws of history, a population ecology view of nation-states and power relations, and the life-cycle model that has applied to every empire and hegemonic state.

There is no persuasive argument to suggest that this model will not apply to 21st-century superpowers. On the one hand, the MAGA bluster and noisy and intimidating rhetoric and associated violence that have typified the US radical right in recent years ŌĆö especially since Donald TrumpŌĆÖs election in 2016 ŌĆö could be regarded simply as the radical right being themselves (conforming to stereotypes). On the other hand, it also suggests fear-based defensive posturing at the dawning realization that US exceptionalism is not guaranteed amidst the inexorable rise of China.

As US global power declines, will radical-right assertions and objectives based on assumptions of US exceptionalism look increasingly absurd and unachievable? Will a wounded and inherently paranoid radical right become even more reactionary and dangerous? Is an ineffectual Republican Party, the ŌĆ£sick manŌĆØ of American politics, a prime target for a radical-right coup?

The US Exceptionalism Belief

According to researcher Hilde Eliassen Restad ŌĆö and discussed by this author in ŌĆ£The New Authoritarianism: A Risk Analysis of the Alt-Right PhenomenonŌĆØ ŌĆö the concept of US exceptionalism that has existed since WWII encompasses three essential elements. First, the United States is both different to and better than the rest of the world, not just Europe and the ŌĆ£Old World.ŌĆØ Second, the US enjoys a unique role in world history as the prime leader of nations. Third, it is the only nation in history that has thwarted, and will continue to thwart, the laws of history in its rise to power, which will never decline.

These elements underscore a belief that US superiority and superpower status are warranted and inevitable in every respect. This supremacist belief is embedded in US radical-right ideology. The US exceptionalism thesis does not allow the US to accept a primus inter pares role in relation to Russia and China, for example. TrumpŌĆÖs radical-right version of US exceptionalism involved slogans such as ŌĆ£America FirstŌĆØ and ŌĆ£Make America Great Again,ŌĆØ the rejection of diverse and allegedly un-American ideas such as multilateralism and universal health care, the repudiation of ethnoreligious equality in favor of white Christian nationalism, and unilateral actions against other countries. Such action included military strikes against Iranian and Syrian targets, sanctions on Iran, Syria, Russia and China, and ethnoreligious discrimination against citizens of Muslim-majority countries.

Perhaps the most salient element of the US exceptionalism doctrine, as projected by the Trump administration, was that of infinite, undiminished, dominant US power literally forever. However, such a doctrine defies the laws of history, which assume a population ecology model of nation-states in which nations grow, mature and eventually decline. As this author has previously pointed out, implicit in this model is the life-cycle concept and the inevitability of eventual decline. In 1997, William Strauss and Neil Howe applied the concept in their study of US history and its likely future in the 21st century.

Nevertheless, Trump and the US radical right believe that the US will always be the dominant global power and that no other nation will ever overtake and replace it. Increasingly, this faith-based belief is being challenged by China on all main parameters ŌĆö economic, military, political, science and technology ŌĆö and by TrumpŌĆÖs abject mismanagement and absent leadership during the COVID-19 crisis.

In particular, TrumpŌĆÖs anti-Chinese rhetoric and various attempts to challenge an expansionist China clearly demonstrate US anxiety that its perceived exceptional mantle is not guaranteed. Under the Trump administration, the US banned Huawei 5G technology over what it perceived as a national security threat. Washington has also sent naval forces to the Far East to challenge BeijingŌĆÖs claim to large tracts of the South China Sea, including islands under the sovereignty of Brunei, Indonesia, Malaysia, Philippines, Taiwan and Vietnam

Exceptionalism vs. Military and Diplomatic Failures

Both the veracity and validity of US exceptionalism have also been challenged by military and diplomatic failures. For example, the inevitable collapse of the Iranian regime and/or its compliance with US demands never materialized. This is despite the aggressive bombast of Trump and his courtiers, the imposition of additional US sanctions on Iran, the withdrawal from the nuclear deal in 2018, the assassination of General Qasem Soleimani in 2020 by a US drone strike and bellicose statements implying an impending war.

US failures in foreign policy toward the Middle East are encapsulated in a 2020 report for the Quincy Institute for Responsible Statecraft. The report argues that US assumptions about its exceptional status and entitlement to dictate a ŌĆ£new world order,ŌĆØ which includes its domination of the region, are both misguided and not fit for purpose. ŌĆ£Preventing hostile hegemony in the Middle East does not mean the United States must play the role of hegemon itself,ŌĆØ the report states.

The report advocates a new holistic paradigm based on regional security and multilateral relations, in which US bilateral relations with countries in the Middle East are determined by regional security, rather than the latter being a constant casualty of individual bilateral interests. US foreign policy in the Middle East has failed to achieve its purpose. Diplomatically and militarily, the US was pushed out of Syria and marginalized by Russian and Iranian alliances with Bashar al-Assad, the Syrian president. Under Trump, Washington could not force Iran to capitulate to its nuclear and other demands. In Yemen, the US-backed Saudi military offensive against the Houthis rebels was unsuccessful. Finally, a US attempt to introduce an imposed solution to the Israeli-Palestinian conflict that would have negated UN resolutions on Palestinian nationhood went nowhere.

The formal opening of diplomatic relations between the United Arab Emirates and Israel in August 2020 is a positive development and one likely to benefit US foreign policy assumptions to some extent. Yet it also underscores the likelihood that the UAE sees mutual defense advantages against Iran as more important than its support for the Palestinians. However, popular support for such a position among Arab nations is not guaranteed, and such negativity may prove troublesome for Arab governments. In addition, the apparent enthusiasm for better relations with Israel may mask an overriding fear in the UAE and Saudi Arabia that without Israeli involvement, the US may embark on a strategic military withdrawal from the region, which would make them vulnerable to any Iranian machinations.

These collective failures also indicate that US supremacy and purported exceptionalism are in decline. Those countries that have relied heavily on American supremacy for support and protection ŌĆö whether diplomatic, military, economic or psychological ŌĆö against enemies or predatory regimes may have to consider new security-and-defense policies and arrangements in the medium to long term. This applies not just in relation to the Middle East, but also to Southeast Asia that faces Chinese expansionism and European members of NATO that endured repeated threats by Trump about reduced funding for the alliance and even American withdrawal. However, the Biden administration is likely to herald a return to traditional US support for NATO, at least in the short term. Yet the prospect of some future radical-right presidency may see a return to a review of American support for NATO.

Nevertheless, the US decline will be a long-drawn-out process throughout the 21st century, rather than a rapid collapse. The capacity of the US to try to maintain its superpower status should not be underestimated. There will be moments of temporary rally and some periods of hardly noticeable decline, but overall, the downward trend will be inescapable. No nation can defy the laws of history and their underlying life-cycle and population ecology models. While ŌĆ£foreverŌĆØ is a long, long time, in historical terms, nations have a more limited term. Whether, as other declining imperial and quasi-imperial nations have done over the millennia, the US will learn to adapt and find a new role in an evolving world order remains to be seen.

Over the rest of this century, the US radical right are likely to continue with their egregious ideology and activities. On the one hand, they are likely to be in denial about the US decline. Yet on the other, they will probably take advantage where they can by offering themselves as the nationŌĆÖs only viable savior from, or antidote to, such decline. Ominously, like a terrified dangerous animal trying to avoid being caged and subdued, the radical right are also increasingly likely to engage inside the US in ever more audacious and violent behavior designed to scare and cow moderates or challengers and even to subjugate mainstream political parties and representative democracy.

Expect to see, for example, the GOP turned from a mainstream, one-nation, conservative party into a nakedly authoritarian radical-right party akin to the AfD in Germany, Fidesz in Hungary and other populist far-right parties ŌĆö all courtesy of Trump and his Republican fifth columnists in Congress. Expect to also see an increase in online and social media attacks as well as physical violence against radical-right targets, whether political, institutional, ethnoreligious minorities or other vulnerable groups. The violent insurrection on Capitol Hill in January, and other radical-right plots to abduct or even murder prominent politicians and officials, is part of the ŌĆ£new normal.ŌĆØ 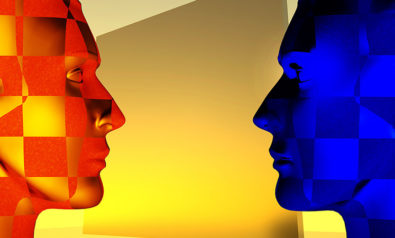