Ever since that fatal morning in 2001, the families of victims of the 9/11 terrorist attacks have been seeking to understand the level of complicity of the Saudi government in the funding, logistics and execution of the attacks. While the identities of two Saudis, whose names were redacted in the famous document now referred to as the “28-page report” on Saudi involvement, have now been revealed, the identity of the third — whom some suspect to be a high-level official — remains a state secret. Under pressure from the victims, the US has now accepted to reveal the man’s name, but not to the public, only to the victims’ lawyers.

The Wall Street Journal offers this explanation: “An FBI official said the agency was shielding the name to protect classified information related to ‘ongoing investigations’ and to protect its ‘sources and methods.’”

The Wall Street Journal mentions an “internal debate” that has been going on for the past 18 years and calls it “ongoing” but doesn’t give any details about what was going on: “In 2015, another 9/11-related commission revisited the issue and assessed more recent evidence regarding Messrs. al-Thumairy and al-Bayoumi … It said there was an ‘ongoing internal debate’ within the FBI about the potential significance of some of the information, and encouraged FBI leadership to continue the investigation accordingly.” Four years later it is still ongoing, though where it is going after so much time is no clearer.

The degree to which the public can ever have access to important information that the government considers “sensitive” will always be hard to establish. When that information concerns an event as historically significant as 9/11, the motivation to access it will understandably be high, not just for the public, but also for historians who seek to understand who was involved and their levels of responsibility, both direct and indirect.

Nursing the mystery by hiding existing evidence for more than 18 years might seem to be abusive and detrimental to current foreign policy. That lapse of time should have given the investigators the time to interview all interested parties and sift through the data.

The law doesn’t require the government to release any information that has been classified or redacted, but because victims’ attorneys have the right to access all pertinent evidence establishing responsibility for a crime, the public may someday have a glimpse at the truth. The families of the victims of 9/11 clearly have more leverage through civil justice than the media or even the courts through criminal justice. Reuters quotes one of the lawyers who, expecting the Saudis may be held responsible, dials up the suspense: “We look forward to more disclosures in the weeks and months ahead.”

This quandary concerning the boundaries of what the government, appointed attorneys and the public are allowed to know about matters of historical importance raises a more general question: When redacted documents are released, is there any way of knowing whether what is left unredacted adequately reveals the truth or whether the redacted passages deliberately obscure or even distort the truth?

Associated Press, in its account of the story, offers its readers two apparently contradictory views. In its initial paragraphs, the article hints at a policy of transparency, stating that the US “will disclose the name of a Saudi citizen sought by lawyers for victims of the Sept. 11 attacks who want to link the kingdom to the terrorist plot.”

It adds that “Attorney General William Barr had the option of invoking a ‘state secrets’ privilege to withhold the release of the name, which lawyers for survivors and victims’ relatives believe belongs to a Saudi government official who they say assigned two men in California to assist two of the hijackers.” This leaves the impression that Barr has opted to suspend the former policy of secrecy. But a few paragraphs later, the same article informs the reader that “Barr invoked ‘state secrets’ to block the release of other information in that report that he says could harm national security if released.” In other words, not much has changed.

The public is left wondering whose national security is threatened: America’s or Saudi Arabia’s. Or are the two the same thing, a question worth asking at a time when President Donald Trump has requested Crown Prince Mohammed bin Salman’s order to attack Iran?

At the press conference following the release of the redacted report, Senator Bob Graham, who co-chaired the congressional inquiry, eerily echoed the history of investigating John F. Kennedy’s assassination in 1963: “No one who has looked closely at the facts … has come to a conclusion other than that it is highly improbable that the 19 people could have acted alone. Yet, the official position of the United States government has been that they did act alone.” The 19 people he referred to were the hijackers of four passenger airliners. Graham also said “he believes Saudi Arabia ‘substantially’ supported the 19 hijackers. Asked if that support came from the government, wealthy individuals or charities, Graham said, ‘All of the above.’”

Many have wondered about the relationship between the bin Laden family and George W. Bush. Former President Bush was, of course, the first to invoke national security to deny publication of the report: “Bush claimed publication would damage America’s national security by revealing ‘sources and methods that would make it harder for us to win the War on Terror.’”

For nearly 90 years, from Franklin D. Roosevelt — the first president to seal the long-term, never-to-be-questioned friendship with the oil-producing Arabian nation — to both Bush and Trump, a relationship that can appear at times to be a form of collusion rather than a diplomatic friendship between two nations has been a constant of history. In recent weeks, the risk of a major conflagration turning entirely around Saudi Arabia’s interests and expansionist ambitions reminds us of how dangerous and unnatural that relationship has become.

From the US point of view, pragmatically focused on the needs of its economy, it’s all about oil and the stability of global energy markets. But for the entire region and beyond, it’s about life, death and the persistence of some form of civilized life. In recent decades and especially the past 20 years, entire nations have been thrown into permanent chaos that has spread its disorganizing influence as far as Europe and have insidiously undermined social stability even in the US.

Not only the victims of 9/11 but especially the rest of humanity deserve some clarity on that curious historical relationship between the US — often termed “the leader of the free world” — and Saudi Arabia, a modern paragon of medieval obscurantism and despotic rule. Without it, things are only likely to get worse, even if the more level-headed Robert O’Brien has now replaced the outrageous warmonger John Bolton as Trump’s voice of imperial conquest (aka national security adviser). 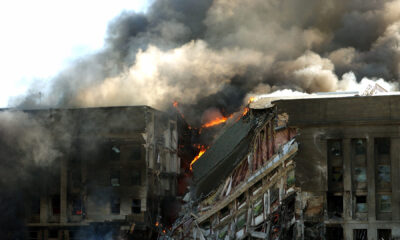 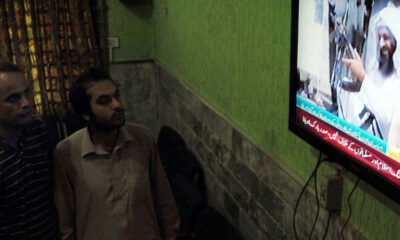 How Osama bin Laden Got His Revenge 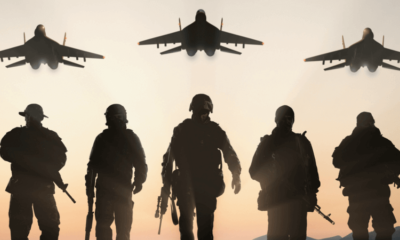 How the Last Superpower Was Unchained