The political tug of war continues between reformists and hard-liners over women’s rights in Iran.

In June, for the first time since the establishment of the Islamic Republic, women were allowed to watch live matches of Iran’s bid in the FIFA World Cup being screened at the Azadi Stadium in Tehran. At the same time, authorities have been reportedly detaining women (alongside men) for posting “immoral” content on social media, including arresting 8 women for posting photos of themselves modeling. Women’s rights in Iran are teetering between reform and backlash, with one step forward quickly followed by a step backward.

In a case that garnered international attention earlier this month, the Iranian cyber police, known as FATA, detained 18-year-old gymnast Maedeh Hojabri for sharing her dance videos on her popular Instagram account. After what appeared as a coerced televised confession by Hojabri was released to the public, women both throughout the country and abroad began dancing to protest her arrest and sharing their own videos online. This is a backlash against the Islamic Republic’s latest restrictions imposed on women, which some are describing as retaliation by religious hard-liners for President Hassan Rouhani’s reforms promoting women’s rights.

Dancing is not a new offence. In 2014, Iranian authorities prosecuted four Iranians who filmed themselves dancing on rooftops and streets of Tehran to Pharrell’s hit song, “Happy”; last year, Zumba classes were banned, with four men and two women detained for suggestive dancing and breaching of the hijab code. What makes Hojabri’s detention stand out is her forced public confession, which seemed to serve as a warning for other women. It also illustrates the growing authority and power of FATA, which has escalated its crackdown on social media, demonstrating the extent of the government’s ability to monitor and control the private lives of its citizens.

While Rouhani openly calls for expanding women’s rights, even saying in a February 2016 speech that “we should believe in women’s presence and capabilities and know that our country’s women can have roles in science, knowledge, economy, politics, and arts just like men,” the hard-line establishment believes the most important role for women is as wives and mothers. Speaking on the day of the birth of the daughter of Prophet Muhammed in 2017, the Supreme Leader Ayatollah Ali Khamenei stated that “the question is whether a woman has the right to ruin her role as a mother and a wife because of all the good, interesting and sweet [opportunities] that could be there for her outside the family environment.”

Later that year, the ayatollah announced new policies aimed at promoting a family-oriented society that included facilitating early marriage and emphasizing women’s “maternal and housekeeping roles.” The far-reaching policies have been criticized for promoting child marriage and discouraging women from reporting gender-based violence because of the pressure placed on them to stay in abusive marriages.

On the one hand, hard-liners are tightening their grip over women’s rights; on the other, Rouhani is trying to expand them — and Iran’s women are caught in between.

Women continue to make up a large voting bloc for reformists, including Rouhani, who owes his political success to them —  women were the driving force in the 2013 election and his reelection in 2017, galvanized by his calls to expand their rights. His supporters are worried that these are becoming failed campaign promises. The second-term president has made moves toward expanding women’s rights within the limited political space he operates in. But progress has been slow, not only from a lack of initiative, but due to the resistance from the hard-line establishment that believes women’s rights contradict Islamic principles and reflect Western values.

Rouhani has championed himself as a firm believer in women’s rights and gender equality. In the first months of his first presidential term, he clashed with hard-liners over the deployment of thousands of plainclothes moral police who scout for loose headscarves and tight mantos, loud music and any physical contact between unrelated men and women.

Although he has limited control over the moral police who report to the supreme leader, by his second presidential term Rouhani had convinced hard-liners to allow for looser enforcement on the compulsory headscarf. Women are now being forced to take classes on Islamic values instead of facing jail time and having a permanent mark in their judicial records, which can hinder their ability to apply for jobs and enter higher education.

Following the success of the World Cup screenings, Rouhani has called for permanently lifting the decades-long unwritten ban on women’s access to stadiums for sports events, which was put in place in 1979 after clerics argued that men’s rowdiness and swearing while watching these events could corrupt women. While it may come across as an inconsequential step forward, it signals the gradual, albeit slow, liberalization of social spaces for women in Iran.

Rouhani has also sought to increase women’s presence in government through the appointment of four women cabinet ministers and three vice presidents to head government organizations, albeit only after pressure from his female supporters who decried his initial pick of an all-male cabinet. Rouhani has called for a third of all government management positions to be filled by women in the next three years, or by the time he completes his second presidential term.

Rhetoric aside, what has Rouhani’s reforms actually accomplished? There is still a huge gap between men and women in government posts, and women are still being detained for petty “offences.” On top of the social challenges women face, those who resist hardliners’ calls to stay home face discriminatory practices in the workplace. In the current declining Iranian economy, women are often passed over in favor of men for limited work opportunities. Even when they secure jobs, the glass ceiling is high out of reach, and the gender pay gap is wide. Women also face a myriad of discriminatory legal practices, including unequal child custody rights, inheritance laws and ability to divorce.

Giving a few more seats at the table will not produce the groundbreaking policy changes that Iran needs to ensure that women are treated equally to men. Rouhani is evidently operating in a restrictive environment, where he has limited control over entities like FATA that have been cracking down on Iranians’ online activities. As Mehrangiz Kar from the Brookings Institution points out, Iranian presidents historically have had the flexibility to occasionally overreach outside their authority. Rouhani has undoubtedly ruffled some feathers with his calls for greater inclusion of women in government and loosening restrictions on dress. But is he pushing the boundaries as far as he could be?

The political tug of war continues between reformists and hardliners in government over women’s rights. As Rouhani tries to — or at least talks about — implementing greater reforms to advance equal rights between men and women, the supreme leader and hardline officials will push back by cracking down further on any form of dissent. A step toward progress will be met by efforts of derailment by hardliners or suppressing women in other areas, like tightening their control over what’s published on social media.

In the meantime, women will continue protesting by dancing in the streets in solidarity with Maedeh Hojabri or ditching their headscarves in public like Narges Hosseini. Women will fight for their own freedom by pushing the boundaries despite the threats of fines, detention and punishment in hopes of eventually tipping the balance.

Tehran Tries to Blame the West for Nationwide Flooding 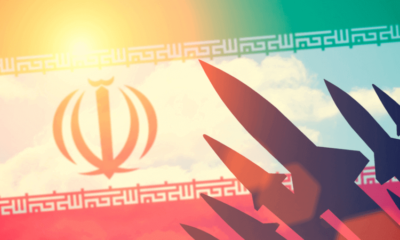 The War Before the Iran War