For the first time in nearly 40 years, women in Iran were allowed to enter a stadium to watch football.

Since the 1979 revolution, women in Iran have been denied entry to sports stadiums. The reasons cited by authorities are mostly religious. In a theocratic state like Iran, they are worried about “ethical values” in society which, they believe, might be undermined if women are allowed to do certain things, such as play athletics or watch football in stadiums alongside men.

Now, after almost 40 years of debate and resistance by authorities, religious figures and activists, an important development has taken place: Iranian women were allowed to watch two FIFA World Cup matches featuring the Iranian national team. Thousands of Iranians packed the Azadi Stadium in Tehran, the biggest in the Middle East, where the games against Spain and Portugal were broadcast on a big screen.

From footage at the Azadi Stadium, along with photos published by news agencies and posts on social media, it is clear that young women and girls who had the chance to watch the matches were pleased with the change in policy. Despite not being in the actual stadiums where the games were played in Russia, women were finally allowed to join their friends and families and root for their national team.

In 2006, then-Iranian President Mahmoud Ahmadinejad announced that women would be permitted to attend football matches, but he faced resistance from high-ranking clerics who said this was impracticable on religious grounds. At the same time, many people said it was hypocritical of an ultra-conservative and dogmatic president such as Ahmadinejad to suggest that women could enter stadiums to watch a football match.

Ahmadinejad was notorious for his duplicitous approach to women’s rights and religion. In 2009, he invited the late Venezuelan President Hugo Chavez to pay a visit to the shrine of Imam Reza, the eighth holiest Shia imam, in the northeast city of Mashhad. Under Iranian law, non-Muslims are not allowed to visit the site, and many critics at the time asked what would happen if a reformist president had brought a European politician instead. So, when Ahmadinejad, a hardliner and religious conservative, pledged to open the doors of football stadiums to women but never fulfilled this insincere promise, his critics said it was an attempt to garner public support among the youth and women when his popularity was plummeting.

But this time, things seem to be different. There are national campaigns and movements over the rights of Iranian women to watch football matches in stadiums, as well as international human rights activists who are pressing for change.

In March, FIFA President Gianni Infantino met President Hassan Rouhani in Tehran and raised the issue with him. Rouhani has promised that he will do his best to make sure women can enter stadiums and watch football matches as they happen on the pitch.

The achievements of female Iranian athletes seem to be the driving force and may even serve as leverage on authorities and hardliners to relax restrictions on women to watch sporting events in stadiums. In May, Iran’s national futsal team won the 2018 AFC Women’s Futsal Championship despite the difficulties they faced, including insufficient resources and professional training opportunities. There was also a big difference between the Iranian squad and their rivals: The Iranians had to play futsal while wearing a hijab.

Iran has a complicated political structure with uncooperative decision-makers who easily undercut and challenge the government’s decisions. Even after permission was granted for families and women to watch the World Cup match against Spain, police in Tehran attempted to prevent people from entering the stadium, despite having purchased tickets and waiting outside the venue.

There are hopes that the 2018-19 season of Iran’s Pro League, the top division in its national football, and the future games of the national team will be attended by women. Time will tell if Rouhani fulfills his promise to allow Iranian women, who are just as passionate about football as men, to enter sports stadiums.

President Rouhani, who is under unprecedented pressure due to growing economic woes amid the US withdraw from the Iran nuclear deal, might be able to fulfill his promise and open the doors of stadiums to women. However, while he is still struggling to deliver on many electoral promises — such as freeing the leaders of the Green Movement of 2009 from house arrest, improving Iran’s relations with the outside world, easing tensions with the US, and healing the economic wounds of the nation — the delivery of his promise to allow women to watch sporting events might remain in limbo.

What is clear is that women have faced so many restrictions that even a small change such as the lifting of the ban on entering stadiums can be seen as a huge victory and a reason to celebrate. 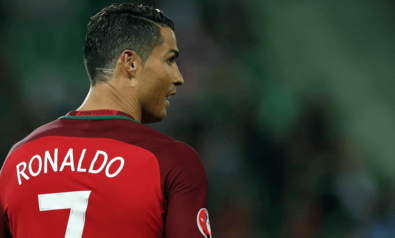 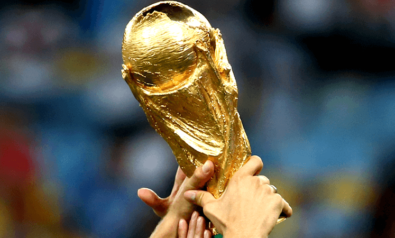 World Cup 2018: The Beautiful Game in an Ugly World