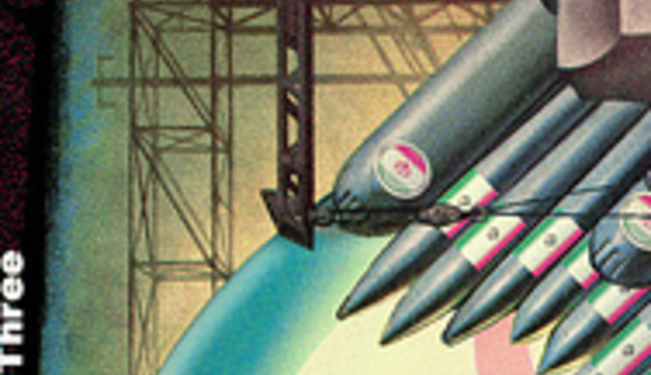 In a response to Iran Observer, a previous contributor to Fair Observer, Shayan Arkian and Mahmoud Ayad argue to dispel notions of pure idealism, religiosity, and military/nuclear ambitions in Iran.

On February 27, 2012 an anonymous author wrote an article named “Why Iran Wants the Bomb: An Iranian Perspective”, featured on Fair Observer. Presented as “someone with an intimate knowledge of Iran”, the author espouses understanding of the Iranian perspective in order to elucidate Iran’s behaviour regarding its nuclear program. Unfortunately, two major errors degrade the author’s analysis: first a stark misconception of the very basic rationale of the Islamic Republic (IRI); and second, an almost programmatic acceptance of popular misconceptions against the Islamic Republic.

In the article, Iran is described as a state that meshes physical security with ideological considerations into its security calculus. In fact the Islamic Republic’s logic of action cannot be understood without reference to these two facets. However, this promising analytical framework is marred by misconceptions about the Islamic Republic’s ideological nature, its strategic thinking, and sometimes by simple political facts.

While Iran is indeed an ideological actor, a proper elucidation of the IRI’s modus operandi must be expanded beyond this premise. A key facet of this analysis is examining the theological underpinnings of the Iranian ideology. To draw an analogy, no one could correctly analyze the politics of the Vatican without intimate knowledge of Catholicism. The same holds for the Islamic Republic and the Shia Islamic Faith.

By the end of the article, the author’s main erroneous assumptions about the Islamic Republic become obvious. He or she states that “Iranian leaders live in a Manichaean world that leaves little space for compromise, constructive dialogue, or negotiation.” The claim about an Iranian bi-polar view on the world is not necessarily incorrect, it simply lacks nuance. In fact Iran has a very specific way of viewing “the Other", placing them on a conceptual polar spectrum. On the one end there are the mostakbaran (the arrogant oppressors), while on the other end of the axis are the mostazafan (the oppressed). The misconception of a strict binary dichotomy is evident in the author’s contention that this worldview leaves little place for constructive dialogue or negotiation.

There are several observations, which dovetail with a more nuanced perspective of Iranian ideology. First, from the Iranian perspective, intermediate positions between the two poles are not only possible, but are even very common. For instance, pre-Merkel Germany was for a long time seen as a friendly nation, in spite of its alliance with the United States and its special relations to Israel. Second, the presence of a similar ideology in another state is not necessarily a requirement for cordial relations for an Islamic republic, as the author has claimed. Iran has very good ties with Syria and Venezuela (which is not an Islamic Republic). And third, even when a country is seen as a mostakbar, this does not mean that diplomacy, compromise, or even active cooperation have little room. It is due to its ideology that the Islamic Republic is a very pragmatic actor. Even the founding father of the IRI, Ayatollah Ruhollah Khomeini, determined in a famous religious-political doctrine that the highest Islamic duty is to preserve the Islamic state. One just has to think of the seldom mentioned, but very meaningful Iranian cooperation that has taken place with the US on security questions in Iraq or on establishing Hamid Karzai in Afghanistan.

Aside from a simplification of the general Iranian worldview, there are also misconceptions regarding the supremacy of religion in driving political appointments and policy to the exclusion of modern rationalist thought and political science. The author states that as "Iranian authorities fiercely advocate the principle of velayat-e-faqih (supreme leadership of the Islamic state) it seems that they did not find diplomacy in their religious texts… [and] Iran does not have the ability to face well-prepared diplomats in international institutions." He goes on: “As a matter of fact, in order to hold high diplomatic positions in Iran, there is no need to have strong academic or professional skills.”

The author effectively declares the Islamic Republic’s diplomats and institutional posts as politically incompetent, unprofessional, and irrational due to an institutional emphasis on religious requirements for diplomats. This assertion could not be more false. Even aside from the fact that every member of parliament must have at least a master’s degree and the fact that Western diplomats informed us on occasion of the great competence of Iranian diplomats they met, the Islamic Republic's constitution itself mandates that even the religious supreme leader (valy-e faqih) has to prove his skills in “right political and social perspicacity”. In fact this is why Khomeini recommended the then President Khamenei as his follower, a politically mature cleric, but by far not the most learned religious scholar. According to the Iranian constitution, the political qualities of the valy-e faqih are even more important than his religiousness. This holds also for lower posts of the Iranian state, like diplomats. Moreover it should be noted that according to the Shia theology, rationality has the same status and priority as religious texts such as the Qur’an or the narrations of the Prophet. The Islamic Republic of Iran is founded and based on this theological fundament. Accordingly, Iran’s foreign ministry is trying to follow a rationalized foreign policy based on the insights of its own institutes of international relations, such as the Institute for Political and International Studies (IPIS), which was founded after the Islamic revolution.

Another contention that falls short of reality is the claim that “developing the nuclear bomb would represent not only a way of challenging [western] hegemony but also an opportunity for Iran to establish its leadership in the region”. This is a misconception of the Iranian ideology. For Iran, challenging the Western hegemony is done through ideas. The struggle is primarily non-kinetic and driven by presenting Islamic models, concepts and philosophies, as alternatives to Western thought in the Islamic world. Western loss of influence is a subordinated goal and will in this calculus follow as a consequence of the concepts promoted by the Islamic Republic.

In this vein, the so-called Arab Spring is seen as an Islamic Awakening, initiated 33 years ago by the Islamic Revolution in Iran. This soft power campaign has experienced success: political leaders representing the Iranian ideology, namely President Mahmoud Ahmadinejad and Hezbollah’s Hassan Nasrallah, when added together, seem to have even more admirers in the Arab world than Recep Tayyip Erdogan. Indeed nuclear weaponry is anathema to this ideological perspective, as nukes are un-Islamic and haram (religiously forbidden).

Compounding the author’s ideological misconceptions is a utilization of incorrect facts to argue his or her points. This is what the author did by writing that the International Atomic Energy Agency (IAEA) “claimed that that it had irrefutable proof of [Iran preparing a nuclear bomb] and presented the evidence in its November report.” The IAEA neither said that Iran was preparing a nuclear bomb, nor did it provide “irrefutable proof” for the other allegations made in its report. The only thing the IAEA did was claim that there is credible evidence delivered by secret services that Iran had been trying to prepare a bomb in the past. This means that even if the evidence is “credible” – a thing that we can neither confirm nor challenge because this crucial information is not published by the IAEA – this information still would be information from non-neutral actors and they would refer to a period more than five years ago. Even recent official US and Israeli statements confirm that Iran is not believed to have given the final go ahead to build a nuclear device.

A last point that deserves profound criticism is author’s strategic estimate of the Iranian military capabilities. The author follows from his/her estimate that “the nuclear bomb appears as a solution to dissuade attack from the US and/or Israel.” But the truth is that Iran has many other forms of deterrence at hand. Interestingly, a short while ago even the Israeli newspaper Haaretz offer a more accurate Iranian perspective than this anonymous author.For example, just think of the 2006 war between Hezbollah and Israel, which was described as a dry run for a war on Iran. Israeli analysts estimated that a small group of Lebanese fighters brought the undefeated Israeli forces their first defeat. Therefore, what would be the consequence of a war against Iran? Iran’s military is trained for a defensive war with causal offensive guerrilla attacks on enemy naval forces in the Persian Gulf. The current US efforts to upgrade the navy units in the Persian Gulf, compared with statements of Navy officials, is proof that Iran does not need to refer to nuclear capacities as deterrents. And above all: Iran has managed to achieve its strategic goals in Iraq, Lebanon, Afghanistan, India, Pakistan and in most of the Arab and Muslim world without possessing a nuclear bomb. In spite of its more than 200 nuclear warheads, Israel did not achieve much of its goals, and could not even put a durable stop to attacks on its territory. Similarly, Pakistan’s nukes have not helped the country to stop American drone strikes on its territory. In addition, as Zvi Bar’el from Haaretz points out,“Why should it (Iran) furnish the West with a pretext to attack or impose more sanctions against it?”

Overall, Iran Observer’s article makes progress in the right direction by examining Iranian motivations, but falls short in its application and analysis.