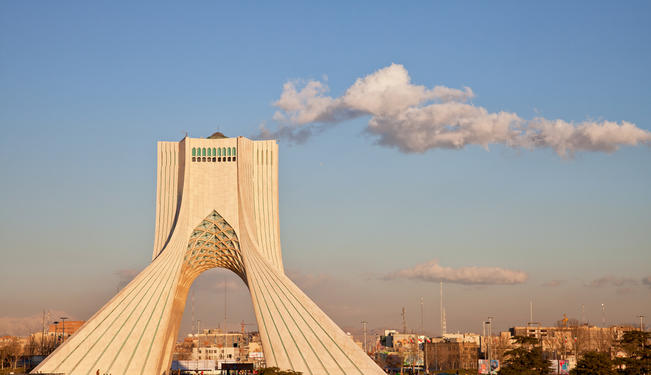 The international sanctions against Iran have been effective. However, they also made the Iranian elite more practical and cynical by teaching it how to survive under external economic pressure. This is the last of a two part series. Read part one.

In spite of existing sanctions, Iran keeps on developing its petrochemical and gas industries. For instance, in February 2013, Tehran finally managed to settle with Pakistan main issues related to the construction of the gas pipeline between the two countries. According to the Iranian media, Tehran also launched talks on exporting 25 million cubic metres of gas per day to Iraq. This news became the practical confirmation of recent statements by Oil Minister Rostam Ghasemi which he made in January 2013. He promised that, from a short-range perspective, Iran will sign a number of contracts for exporting gas to neighbouring countries. Although it is still unclear where the Iranian authorities will find funds to increase the production capacities of the gas industry, which are barely enough to satisfy domestic demand, the seriousness of their intentions is quite obvious.

Finally, the Iranian government is quite determined about the development of its petrochemical industry. Even before 2012, Tehran generated $14 billion a year through its petrochemical exports. In spite of the fact that the import of equipment and technologies required for the development of the petrochemical industry is severely restricted by the sanctions, the authorities of the country found their way around. First of all, as reported by foreign businessmen trading with Iran, the Iranian government puts particular emphasis on the participation of private companies in the construction of relatively small refineries with refining capacities of up to 10,000 barrels per day. These refineries do not require high-technologies and may function with the use of obsolete equipment produced in Eastern Europe and ex-Soviet republics. Allegedly, the construction of such refineries has been already started with the assistance of Russian and Kazakh businessmen.

As stated by Patrick Clawson in his recent article Iran Beyond Oil?, “while still important, oil is becoming a smaller part of Iran's trade.” According to his estimations, in 2012, the non-oil exports of the country covered for 60% (according to alternative sources, 75%) of its total imports, “compared to 24% in 2002 and 14% in 1992.” What is more important from Clawson’s point of view, Iran “produced this shift in part by converting more of its oil into industrial products for export.” Thus, during the eleven months of 1391 (March 2012 to February 2013), the non-oil exports of Iran accounted for $37.69 billion. Its main items included petrochemical and chemical products, minerals, stone, cement, and agricultural products. The items of the so-called traditional industries, such as carpets and sweets, accounted for only around $1 billion. The main importers of the Iranian non-oil goods were Iraq ($6 billion), China ($4.2 billion), the UAE ($4 billion), India ($2.6 billion) and Afghanistan ($2.5 billion). Although, the volume of non-oil exports did not hit the expected level of $40 billion in 2012, the Iranian authorities are quite optimistic in their prognoses. Thus, they believe that this indicator will reach $59 billion in 2013, $74.1 billion in 2014 and $81.1 billion in 2015.

It is notable that sanctions became one of the most important incentives for the exports of non-oil goods. The fall of the rial exchange rate towards the US dollar, logically made the foreign trade extremely profitable for a number of Iranian industries within the petrochemical, construction and agricultural sectors. Although rial prices on consumer goods in Iran seriously hiked during 2012, their US dollar equivalents either remained the same or even went down improving the living standards of those social groupings connected to the exports of products.

Moreover, sanctions led to increased income for those people connected to the grey scheme of oil exports and international banking operations, as well as those related to foreign exchange operations. As a result, by 2013, the process of the shrinking of the Iranian middle and upper classes, caused by the political purges of 2009-2012 and the initial negative impact of the sanctions, was stopped and reversed. Subsequently, these “newly rich Iranians,” created by the sanctions, seem to achieve an unofficial agreement with the authorities: the middle-class is not going to get too deeply involved in politics.

On the other hand, the government slows down the tempo of ideological repressions and grants more social freedom. Thus, in January 2013, even some conservative politicians (such as the secretary of the Expediency Council, Rezaee, and Habibollah Asgharouladi) started to doubt the necessity to arrest the leaders of the oppositional Green Movement, Mehdi Karroubi and Mir-Hossein Moussavi — statements that were impossible to articulate just a few months earlier. On a grassroots level, these changes are most obvious in the streets of northern Tehran: youngsters from rich quarters feel free in the way they dress and behave. Although this way is becoming more and more contradictory to the Islamic dogmas, the police try not to notice this, while previously famous raids of Islamic vice squads are becoming rarer.

What is more important, the political and economic elite of the country is unanimous on the necessity to buy the loyalty of the lower classes. In spite of decreased oil incomes, they are still allocating huge sums of money to direct and indirect social subsidies. That is why some of the recent populist programmes, organized and implemented by Mahmoud Ahmadinejad, did not find much resistance among his opponents. For instance, in February-March 2013, the president sponsored a program by which Iranians received an assistance payment of 800,000 to 1,000,000 rials for the March 21 Nowruz (New Year), equal to $65 to $82 at the favourable official rate of 12,260 rials to the dollar used to determine prices for basic goods in government-regulated outlets.

Finally, the sanctions played an important role in transforming the ideology of modern Iran. Initially, the punitive measures of 2010 were supposed to improve the position of the oppositional Green Movement by broadening its social base. They were expected to limit the income sources of the Iranian budget and to increase governmental spending. This, in turn, would constrain the capabilities of the Iranian government to buy the loyalty of the lower layers of society by providing them with subsidies. This situation would divert the low classes from Ahmadinejad and make them join the Green Movement.

However, the real situation developed according to another scenario. As it was previously demonstrated, the Iranian authorities managed to preserve the necessary level of the budget income to supply the population with subsidies. The reform programme launched in late-2010, eased the subsidies burden of the government. On the other hand, this failed attempt to help the Iranian opposition gave officials in Tehran another justification for a severe crackdown on dissent, and aided the unification of government supporters around the idea to counter foreign attempts to master the domestic situation in the country.

The civil unrest of 2009 and the sanctions of 2010, led to the situation when conservative views remained the only legitimate ideology which allows Iranian politicians to wage full-fledged political activities. The participation of other forces in the political life of Iran is extremely marginalised. The repressions of 2009-2012, left the average Iranian without ideological alternatives: given the current political trends, the public will be choosing only between conservators. Subsequently, this causes the transformation of the whole political environment of the Islamic Republic. The upcoming presidential elections of 2013 will be unique: they will be the first elections in Iran where ideology will play no role in the contest. In other words, this will be an uncovered fight for power and control over financial flows related to it. This means that the political fighting between candidates will be fierce and promises no good for the ruling regime.

First of all, when differences in political platforms are negligible, the struggle for the presidential seat is supposed to be based on personal remarks and compromising materials. Second, in attempts to win additional votes, candidates may use even more unexpected leverage. Thus, some experts point out that in the absence of the ideological division, an important role may be played by the national division through raising the dangerous issue of self-determination in multilingual and multicultural Iran. Third, it is unlikely that the Iranians will make any important moves on the international stage. No one in Iran is concealing the fact that the presidential elections are far more important than any external issues. Given that all groupings within the ruling elite either have already nominated their candidates or are planning to do so, until the end of the elections there will be no force inside of the country that would be ready to deal with foreign policy. Finally, the 2013 presidential campaign can seriously damage the image of the supreme leader. Some people in Iran have already suggested that Ali Khamenei can currently not be considered as the main controlling and decision-making center of the country. If, in autumn 2012 to early winter 2013, he planned to squeeze in his own candidate and tried to stage the elections according to his scenario, by spring 2013, Khamenei was compelled to return to the tactics of manoeuvring between the groupings most loyal to him. His attempts to get involved in the situation on the ground has drastically influenced the perception of Khamenei in the society. Currently, he is seen not as a celestial living far from terrestrial troubles and, thus, untouchable, but just as the first among equals whose orders are important, yet, not always necessary to obey.

All in all, sanctions played and still play a controversial role in the life of modern Iran. Although initially considered effective, they failed to achieve the main goal. The Islamic Republic persistently continues its non-transparent nuclear research, whereas recent negotiation in the P5+1 format brought no results. However, the US and EU’s punitive measures have changed Iran itself: they made the Iranian elite more practical and cynical as well as taught the country how to survive under the pressure of the sanctions.