There is a strange irony to the latest Turkish offensive announced in northern Syria. President Recep Tayyip Erdogan couched it on his Twitter feed as a move that will “preserve Syria’s territorial integrity and liberate local communities from terrorists.”

Yet the creation of a “safe zone” in a swathe of Syrian territory looks in practice like the creation of a Turkish-controlled zone in northern Syria. What’s more, the proposed movement of a million of Turkey’s Syrian refugee population — the largest of any country — into that zone has some awkward historical echoes.

Whatever individual communities of Kurds in northern Syria may think of the Syrian Democratic Forces (SDF), an alliance led by the People’s Protection Units (YPG) of the Kurdish Democratic Union Party (PYD) — a political party seen as closely allied to the Turkey-based Kurdistan Workers’ Party (PKK) — they may see Turkish designs as essentially anti-Kurdish.

That is because, in moving Syrian refugees into a border zone traditionally inhabited by Kurds, the Turkish government will be moving in a predominately Sunni Arab population into lands that have a history of Arabization projects throughout Syria’s republican era.

The refugees in question are innocent victims of circumstances: increasingly unwanted in Turkey, yet likely to be equally rejected in Kurdish lands within Syria. This lack of welcome will be intensified by their arrival behind Turkish tanks, rather than, say, the blue helmets of UN peacekeepers.

The northeastern borderland region of Syria that is the focus of Turkey’s efforts, an area known in Syria as the Jazira, has always been restive. As a part of Rojava, or western Kurdistan, it has never been fully integrated into the Arab nationalist Syrian state.

One solution was the attempt was a cordon sanitaire, named the Arab Belt, around the Turkish and Iraqi borders, to ethnically cleanse Kurds seen as susceptible to wider Kurdish nationalism and replace them with Arabs perceived as loyal. This 1970s program under Hafez al-Assad, father of the current Syrian dictator, Bashar al-Assad, was a continuation of discriminatory policies stretching back to the 1930s and the origins of the modern state. It included cultural cleansing like the changing of Kurdish place names, such as Kobani.

Kobani has become famous during the ongoing Syrian Civil War as one of the Kurds’ most decisive victories against the Islamic State group, but it is officially known within Syria as Ayn al-Arab, or the Eye of the Arab — a name change that also connotes the state’s watchful vigilance upon its border.

The latest offensive occurs against this historical backdrop. It is a backdrop that is largely unknown in the West, and may well be unknown to US President Donald Trump. Even if he knows about it, he could well regard it as irrelevant history book stuff.

After all, this is a president determined to tidy up America’s commitments and let the locals sort out their own mess. His decision to withdraw US troops from positions on the Turkish border earlier in the week is what precipitated the Turkish offensive.

It is something the Turks have long pressed for. Having their traditional ally, the US, essentially guarding a Kurdish militia on the Turkish border that is seen as a terrorist organization by Ankara was always an awkward dance for all parties. By apparently ditching the Kurds, Trump has made it easy for Turkey.

Whether he has actually ditched the Kurds remains to be seen. President Trump likes clear cuts and clean decisions, but any student of the Middle East knows that those who go in don’t tend to come out on their own terms. The chances of the US being able to simply ignore Syria and let the regional rivals slug it out are slim.

His combative tweet, shortly after the troop withdrawal announcement, telling Turkey that any move that goes “off limits” would lead him to “destroy and obliterate” the Turkish economy, gave a flavor of how the ties of Syria might bind the US.

Donald Trump’s America is, as we all know, only on America’s side. But of course, beyond political rhetoric, foreign policy requires states to choose where they stand. The US has played the Turks and the Kurds off for some time. If Trump’s latest decision does lead to an all-out war between Turkey and the YPG militia in Syria, it may be difficult to stand on the sidelines.

What About the Turks and the Kurds?

As for the Turks and the Kurds, those at the heart of this new conflict growing out of the Syrian War, their fate is still caught up, like so much of the Middle East, with the limitations of a political map set a century ago.

President Erdogan is fond of alluding to historical treaties — from Lausanne to Sevres — in his quest for Turkish power projection. In pushing Turkish troops beyond the border once more in a bid to carve out a zone of Syrian territory which they will control, he is once again revealing how messy the Middle East’s borders are.

Amidst these borders, the Kurds continue to languish. Stateless, many yearn for a Kurdish nationalism not unlike the Turkish, Arab and Iranian ones that surround them. If these states could develop social contracts beyond narrow ethnic nationalisms, they might offer Kurds a better future and less recourse to nationalist discourse that has led to so much conflict. 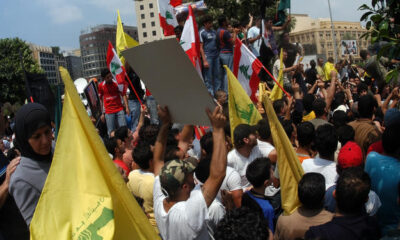 Sectarianism in the Middle East: A Letter to Josef Olmert 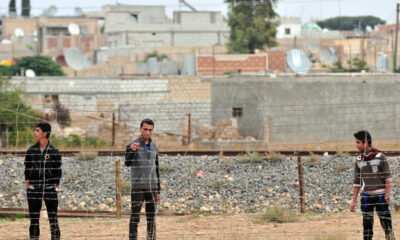 Syrian Turkmen: In Pursuit of a New Syrian Identity