In the hour of his triumph, President Erdogan needs his party’s shadow men more than ever.

The referendum result in Turkey­ bore an uncanny resemblance to last year’s result in the Brexit vote and will also mirror it in the fallout. Like the British government, the Turkish administration will present an almost perfectly divided vote as the united will of the people as a single body. It is a majoritarian attitude that will justify the wholesale implementation of the proposed reforms. That much is clear. But what is more obscure is what the shadow men of the Turkish ruling party will do next.

All eyes are naturally on President Recep Tayyip Erdogan — the charismatic leader who now appears poised to usher in the most profound revolution in Turkish society since Kemal Ataturk instituted his radical Westernizing campaign of the 1920s and 30s. The parliamentary opposition to Erdogan’s reforms has remained largely ineffective, with its constituency largely static. Yet the president only just won this vote. Indeed, many observers have questioned whether he even won it fairly at all. Why was such a dominant political figure pushed to the brink of defeat?

The answer lies in the conservative political majority in Turkey and even within the ranks of the ruling Justice and Development Party (AKP) itself. Erdogan’s reforms had some heavyweight, if fairly muted, critics. Former Prime Minister Ahmet Davutoglu said in January: “I conveyed my views, evaluation and concerns on the current amendment proposal’s method and content to our president and prime minister in detail.” Those concerns are regarded as one of the reasons he resigned as prime minister in May 2016.

AKP founders such as former President Abdullah Gul and former Deputy Prime Minister Bulent Arinc have also been noted by their absence from the “Yes” campaign in the referendum. These less nationalist, more consensus-building politicians are now of fundamental importance to the future of Turkey. Their importance lies not in polarizing opposition, which is what has marked most discourse in Turkish politics recently, but in their ability to act from within the ruling party. Such a knife-edge result increases their influence.

Victory at a price

What is clear is that President Erdogan still has huge support. Indeed, much of the change that has occurred since AKP rule began in 2002 has been for the greater good, including the suppression of the military role in politics, the acknowledgement of Islam as an integral part of Turkish culture and, until the conflicts of the past seven years, a growing openness to both regional neighbors and the minority Kurdish community within Turkey.

The danger lies in the fact that the Turkish Republic has been built, from day one, on distinctly undemocratic foundations. Behind a façade of European-style democracy, the regime of Ataturk built a one-party state with a single acceptable vision of what Turkish society could be. Until the rise of the AKP, any alternative narrative had been snuffed out, if necessary, by force. One of those competing narratives — that of the Islamic and Ottoman heritage of the region — has been empowered by the AKP and its success largely personified in the figure of President Erdogan.

Do not underestimate the power of the feeling, embodied by the AKP, that “it’s our turn.” While many in the AKP clearly feel uneasy about the concentration of power in the hands of the president, they also feel the weight of Turkish history. This is a country in which a constituency of provincial, religiously observant voters has long been alienated. Even those who are uneasy about the reforms are also nervous of the AKP losing its grip on power, lest it usher in a return of the old guard. Such processes have already played out in less stable states, such as Egypt.

That nervousness explains, in part, the reticence of the likes of Davutoglu, Gul and Arinc in the lead up to the referendum. At the same time, their silence is an acknowledgement of the political power and ballot box appeal of the president’s circle within the AKP. The question now is whether, in light of an extremely narrow and contentious victory, those silence ranks within the ruling party will feel emboldened to counsel restraint and compromise, or remain silent in the hope that a better Turkey is indeed born as the president promises.

Why should the president compromise? The idea that such a dominant figure would take counsel from politicians who could be viewed as yesterday’s men might seem perverse. Yet the referendum result presents Erdogan with a new conundrum: In forging ahead with the remaking of the Turkish Republic, just how wide, or how narrow, does he want his circle of support to be?

His enemies are now well arrayed and clearly defined. They include the official opposition parties of the Republican People’s Party (CHP) and Peoples’ Democratic Party (HDP) coalition, spanning a range of secular nationalists, liberals, radical left wingers and the Kurdish vote. By his embrace of the hardline Nationalist Action Party (MHP), Erdogan has made enemies of most Kurdish voters and the militant Kurdistan Workers’ Party (PKK).

Further afield, the president’s stance is increasingly isolating him from the European Union, the United States and most Middle Eastern countries. Nationalist rabble rousing has proved devastatingly effective in elections, but it has also been hugely polarizing. The calculation is whether Erdogan can afford to remain at odds with even some of the central figures of his own party, or whether, now that he has consolidated power, he will look to them to offer avenues to wider support and acceptance.

If the president chooses his equivalent of what the British term a “hard Brexit,” there is the prospect of prolonged instability. This referendum has signaled the dismantling of one pillar of the state Ataturk built: that of the suppression of Islam. Those within the AKP support base will welcome that achievement. Yet there is another pillar — that of Turkish ethnic nationalism — upon which Erdogan is now standing. Until compromise is sought in that arena, peace will continue to elude Turkey. 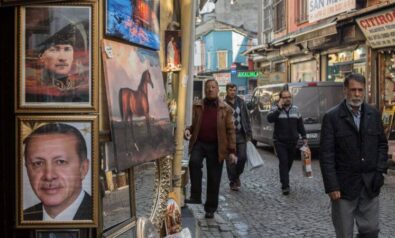 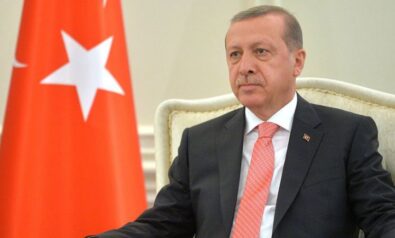 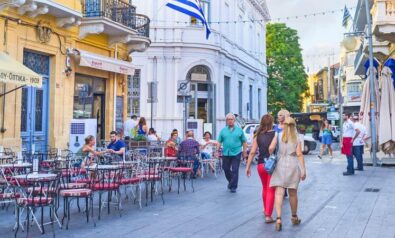 The Cyprus Question is On the Table