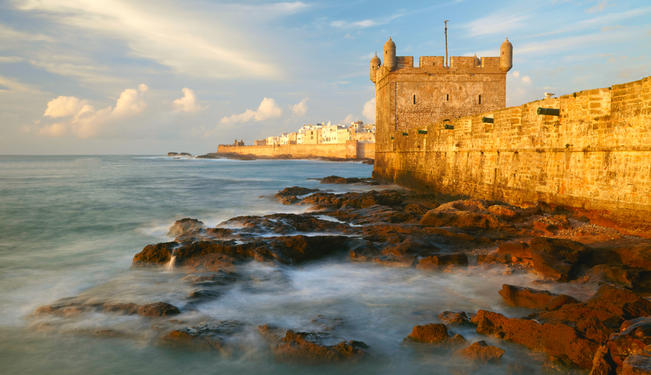 Morocco has the capability to carve out an effective presence in Africa.

I recently returned from Dakhla, in the south of Morocco, where the sounds of the Atlantic Ocean reminded me that there is an undeniable link that is becoming increasingly stronger between Africa and the Americas.

Earlier, in October, that was the theme of the Atlantic Dialogues, a joint project of the German Marshall Fund and the OCP-Foundation that explores the growing vitality of commerce, diplomacy, and common interests in the environment, human development, and economic growth on both sides of the ocean.

Throughout my stay in Morocco, including most recently in Dakhla, the theme of the country's future in Africa was a recurring issue. South-south ties are highlighted, along with outreach to the US, as an alternative to Morocco’s traditional trading partners in Europe, which have experienced a decline in their interactions with Morocco. Dakhla, we were told, is Morocco’s “Door to Africa” — much as Tangier is Morocco’s “Door to Europe.”

At a recent roundtable organized by the Africa Center at the Atlantic Council focusing on Morocco’s security relations in Africa and their intersection with US interests in the region, Dr. J. Peter Pham stated his belief that Morocco is sometimes taken for granted by US policy makers, despite, or perhaps because of, our long and valued ties.

He believes that in a region where the US does not have many reliable allies, it should do more to build a strong security relationship with Morocco. While the country has a very robust counterterrorism strategy, Pham noted that greater international cooperation will certainly expand the effectiveness of the region’s efforts to maintain security and promote stability.

Morocco and the US have held joint military exercises since 1999, and building these into a program of regional joint operations would contribute to the interoperability of forces in West and North Africa and the Sahel, and improve the professional behavior of militaries in participating countries. Pham pointed out that Algeria’s reluctance to include Morocco in regional counterterrorism coordination makes it necessary to have overlapping regional security agreements, which does not serve US interests for a broader, more effective approach to regional security.

Pham also strongly supports a holistic approach to security, which means enhancing stability by including programs that promote economic development, respect for minorities, enhanced rule of law, and better governance. At the core of the recommendations in his paper, later expanded on by the experts, is the view that the US has much to gain by broadening and deepening its security programs with Morocco as a regional player.

While some may argue that Algeria is the dominant counterterrorism player in the region, there is much to be said for comparing the effectiveness of Morocco’s “soft” power results over time to the overpowering use of the “hard” power security force by Algeria, which has largely resulted in displacing extremists from Algeria to its neighbors. It is logical to argue that the best of both may be the best option, if it were available. The inability of the two neighbors to face a common enemy weakens the region’s capacity for integrated security arrangements and exacerbates the weaknesses in combating extremism.

Despite the obstacles inherent in dealing with Morocco-Algeria tensions over the Western Sahara, and the ensuing competition for regional leadership, it was clear, from the consensus at the roundtable, that American and regional interests are not well served by the lack of robust military and security ties between Morocco and Algeria.

Knocking on the “Door to Africa”

Analyzing Morocco’s position on the African continent, Haim Malka, deputy director of the Middle East Program at the Center for Strategic and International Studies (CSIS), made a strong case for the country's strategic pivot to the south, arguing that the decline of trade, investment, tourism, and remittances from the EU makes that shift an imperative. Another important point that may seem counterintuitive is that Morocco’s business outreach to the US has been limited, due to the lack of competitiveness and “fit” of Moroccan products with the US market.

With the prospects for North African regional economic integration at a stalemate due to the conflict in relations with Algeria, the Moroccan strategy to expand and deepen its economic ties to sub-Saharan Africa is sensible and can be immensely profitable. Malka’s recommendation is that the US work to enhance Morocco’s strategy to more deeply engage economically throughout Africa, beyond its traditional ties to Francophone Africa.

His basic concern is the need for Morocco to become more competitive in terms of its domestic economy, so that it can enhance its capacity to export manufacturing products to Africa. While Morocco has a strong base in financial, transportation, and IT services, it needs to greatly improve its manufacturing base if it is to succeed in the Africa marketplace.

Among his other recommendations is for the US to work with Morocco by re-allocating US funding through triangular aid programs that utilize Morocco’s expertise in Africa in delivering social, health, and community development projects. He also makes a strong recommendation that Morocco decouple its economic strategy from its Western Sahara policy, as some of the biggest markets in Africa do not agree with Morocco’s position on that issue.

While it is hard to imagine how Morocco could adopt this approach of “agreeing to disagree” with its southern neighbors that support the Sahrawi Arab Democratic Republic (SADR), it is not an option to be ignored. There are benefits to all of the parties, not just Morocco, to move the Western Sahara to the side when exploring greater economic and commercial ties critical to their growth targets. Africa would benefit from more efficient markets for commodities, manufactured products, specialty goods, and services; otherwise, external players such as China and India will continue to dominate local economies and deprive the continent of sustainable advancements.

The experts noted that Morocco already has a strong footprint in Africa and must focus on increasing its competitive edge, in order to expand existing market opportunities and open new ones. This is where business interests can subsume political concerns, in that the private sector has more freedom to operate below the political radar, and therefore, more flexibility and opportunities to promote ties across Africa.

This outcome of enabling accelerated business ties to contribute to regional stability can be a core strategy for US regional interests in stability, employment, and economic growth. And Morocco can be a catalyst in this regard.

Africa’s rapidly growing consumer markets, the need for more efficient use of agricultural land, power generation requirements, and banking and financial services, all provide immense opportunities for Morocco in Africa. The basic requirement, at this point, is for Morocco to undertake a comprehensive analysis of where it has competitive advantages in the emerging African economy, and build a strategy to target and support its exports to those markets.

While Morocco does not compare with China, India, and even South Africa in terms of size of impact on African markets, it has the agility and private sector capabilities to carve out a prosperous and effective presence in Africa, serving its regional and national economic growth goals, and US interests for greater stability and development on the continent.

*[This article was published in collaboration with Morocco of the Move.]