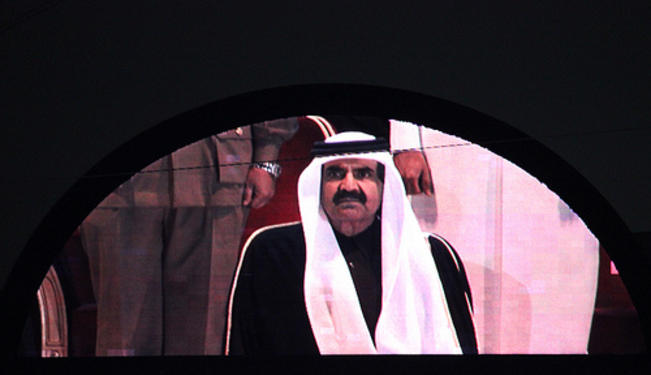 The struggle by Syrian opposition forces to topple the Assad regime is sharpening tensions between Iran and Qatar and threatens sectarian fault lines elsewhere in North Africa and the Middle East. Qatar increasingly becomes a potential target for retaliation should the US and/or Israel attack Iranian nuclear facilities.

Relations between Iran and Qatar, once the closest across the Persian Gulf, have deteriorated in recent months to the point that President Mahmoud Ahmadinejad cancelled a planned trip to Doha in November 2011. Iran has also embarked on a campaign of anti-Qatari rhetoric usually reserved for its most bitter rivals, the United States and Saudi Arabia.

For much of the past decade, Qatar’s foreign policy aimed to maintain good relations with all parties by positioning itself as a mediator in multiple disputes, including Iran’s troubled relations with the US. Qatar also played a mediatory role for a number of Gulf states, between rival Palestinian factions, and between warring factions in Sudan.

Qatar’s lead in internationally isolating the regime of Syrian President Bashar al-Assad, Iran’s closest Arab ally, and Qatar’s role in arming his opponents, has broken the back of traditionally close Qatari-Iranian relations. It has ended the years of Iran bending over backwards to avoid animosity with Qatar despite the Gulf state’s increasingly open backing of US and European efforts to force the Islamic republic to halt its nuclear enrichment programme and its backing of Saudi-led efforts to stymie Iranian influence in the Middle East and North Africa.

Qatar is among the smallest of the Gulf states, and is particularly exposed because of its joint ownership with Iran of the South Pars/North Field gas field in the Gulf. Debilitated by UN sanctions, Iran has been unable to develop its part of the field as much as Qatar has developed its own side. In order to exploit this fact, Tehran has recently accused Qatar of pilfering the field and poaching Iranian skilled personnel. The accusation echoes Saddam Hussein’s justification for Iraq’s 1990 invasion of Kuwait and recalls the disputed occupation of three islands belonging to the United Arab Emirates.

A potential target for retaliation

Iran is unlikely to repeat Saddam’s disastrous adventure that sparked a US-led allied attack on Iraq. Nonetheless, the assertions raise Qatar’s ranking on the list of potential targets for retaliation should Israel and/or the US decide to use military force to disrupt Iran’s nuclear programme. They also significantly undermine Qatar’s role as a back channel to reduce tension between Iran and its US and Saudi detractors.

Iranian media and political leaders have denounced Qatari Emir Sheikh Hamad bin Khalifa Al Thani and his ruling family as illegitimate. They have accused the emir of being in league with the West and Saudi Arabia to ensure that pro-Western regimes emerge from the popular revolts sweeping the Middle East and North Africa. They have condemned him for allowing the sale of alcohol and pork to expatriates in violation of Islamic law. The allegations echo criticism of the emir’s policies by conservative segments of Qatari society but are unlikely to curry favour with regime opponents in a country that adheres to Saudi Arabia’s austere Wahhabi interpretation of Islam, even if it is in a more liberal fashion.

Iran’s stepped up attacks on Qatar underline the importance Iran attributes to the survival of the Assad regime. The Islamic republic had consistently looked the other way in the past five years as Qatar realigned its policy toward Iran in line with US and Saudi pressure on Tehran.

Close Qatari-Iranian relations (rivaled in the Gulf only by those between Iran and Oman), date back to Qatar’s refusal to back Iraq in its war against Iran in the 1980s. The rejection of Qatar as a member of the UN Security Council, and the 2006 resolution that imposed initial sanctions on Iran against its nuclear enrichment programme helped further the Iran-Qatar relation. More recently, Qatar invited Ahmadinejad to the 2007 Arab summit in Doha, to the consternation of some of Qatar’s closest Arab allies.

As a result, Iran was willing to ignore Qatar’s subsequent support for ever-harsher UN sanctions against Iran as well as its participation last year in the Gulf Cooperation Council’s intervention in Bahrain to suppress a predominantly Shiite Muslim uprising against the island’s minority Sunni Muslim rulers. In fact, Iran and Qatar went significantly further in cementing their relations with the conclusion of a defence agreement two years ago, and a subsequent Iranian naval visit.

The reversal in Iranian willingness to indulge Qatar also underscores the rise of the country’s hardliners who last month won a landslide victory in parliamentary elections. The voices in Tehran that continue to see virtue in Qatar’s ability to be a back channel are being drowned out by the anti-Qatari rhetoric.

Iran, squeezed by the damaging of Assad as an effective ally and increasing US pressure as manifested in President Obama’s decision to sanction buyers of Iranian crude, appears to be signaling that it sees offence rather than negotiation and compromise as its best chance to beat ever-harsher efforts to force it to reverse course.

Mounting anti-Qatari rhetoric impinges on Iran’s ability to maintain dialogue with its rivals, while sharpening sectarian fault lines in the Middle East and North Africa. These dynamics compound the developing Sunni-Shia proxy war in Syria.