Sweeping military victories in recent weeks by forces aligned with the Government of National Accord (GNA) in northwestern Libya have effectively ushered in the end of the self-styled Libyan National Army’s (LNA) 14-month offensive to capture Tripoli. While fighting between the warring parties persists as the GNA forces are building on their momentum to advance on Sirte and central Libya, the LNA commander Khalifa Haftar’s objective of seizing the capital and oust the GNA and its allied armed groups has become elusive. Deeper fragmentation on the security, political and economic levels lies ahead for Libya as a comprehensive settlement remains out of reach.

International interference in Libya has only grown over the past year and has further entrenched hostilities. The LNA has benefited from Egypt, the United Arab Emirates, Jordan and Saudi Arabia’s support in recent years. The incorporation of hundreds of Russian private fighters to its ranks and the continued Russian military and logistical support for the LNA and the eastern authorities have significantly increased the Kremlin’s influence in Libya over the past year, while Moscow has officially been calling for a political solution for the conflict.

Turkey’s overt intervention in Libya with the signature of maritime and security treaties with the GNA in November 2019 brought with it drones, air defense systems and Turkey-aligned Syrian mercenaries. The Turkish support averted the GNA’s collapse and allowed GNA-aligned armed groups to increasingly recapture territory from the LNA in the northwest since March 2020 and put an end to the latter’s offensive. The Turkish and Russian deepening involvement in Libya came amid the declining influence of European powers, particularly France and Italy, in the Libyan theater, while the US has remained skeptical of playing an active role in resolving the conflict.

The increased roles of Turkey and Russia became apparent when, in January, both countries negotiated a ceasefire, which reduced the intensity of the fighting on the southern outskirts of Tripoli for a few weeks. The Turkish-backed GNA’s recapture of most of northwestern Libya and their ongoing offensive to recapture Sirte will further increase Turkey’s involvement in the North African country, most likely through oil investments and military bases. This will potentially follow the model Turkey adopted in 2017 when it deployed troops to a military base in Qatar following its support for Doha against Saudi Arabia, the UAE, Bahrain and Egypt who began an economic and diplomatic boycott of the emirate in June of the same year.

On its part, Russia is likely to build on its investment in the LNA and the eastern authorities to increase its role as an active player in shaping Libya’s future, most probably through negotiations with Turkey. The de-facto division of Libya between the northwest (with significant Turkish and Qatari influence) and the east (with a Russian, Emirati and Egyptian presence) will further deepen the country’s fragmentation.

Libya’s annus horribilis from April 2019 has further deepened the country’s fragmented governance between the GNA, the Benghazi-based interim government and parliament, and the significantly autonomous local municipal and tribal authorities. The authorities’ response to the COVID-19 pandemic, where the GNA, interim government and local authorities have implemented different curfew and lockdown measures without much coordination, highlight the level of existing fragmentation.

Following almost three years of gradual improvement in the security environment from mid-2016 that allowed oil production to rebound from around 300,000 barrels per day (bpd) in mid-2016 to around 1.2 million bpd by the end of 2019, the belligerent parties over the past year have increasingly weaponized the country’s resources against their opponents. For example, in April 2019, the Tripoli-based central bank imposed restrictions on several eastern-based banks’ ability to process foreign currency transactions. In January 2020, LNA-aligned tribes blockaded oil export terminals and oil pipelines, triggering a collapse in output from 1.2 million bpd before the blockade to around 90,000 bpd in the following months.

Since April 2019, the ongoing conflict has damaged foreign business sentiment toward Libya. Between September 2016 and April 2019, Haftar built much of his international credentials on the fact that his forces secured energy infrastructure in eastern Libya and allowed oil exports to resume, following several years of blockade by the former Petroleum Facilities Guards (PFG) headed by militia leader Ibrahim Jadhran. The LNA’s January 2019 territorial expansion in the southwest was also positively viewed by international oil companies as the LNA-aligned PFGs protecting the giant Sharara and El-Feel oilfields effectively reduced the frequency and intensity of disruption to oil operations in the Murzuq Basin.

Many foreign businesses had benefited from the slowly stabilizing security environment and détente between the GNA and the eastern authorities in 2017-19 to resume their operations in the country. Such a détente and an increase in the state’s flow of revenue from oil sales had allowed the implementation of economic reforms that stabilized the local currency’s value.

The resumption of hostilities in April 2019 with the offensive on Tripoli has reversed those gains and led to a decline in business confidence in Libya. This trend has deepened as the conflict broadened in the following months beyond the southern Tripoli frontline and involved airstrikes and mortar shelling across the wider northwest, including against infrastructure facilities such as Tripoli’s Mitiga and Misrata airports.

With the end of the Tripoli offensive, there is an increasing potential, albeit still limited, for a renewed interest from foreign investors, especially in the energy and power sectors, to resume their operations in Libya. However, the conflict situation is fluid and sources of insecurity remain, even in the northwest where the pace of fighting has significantly slowed down in recent weeks. For example, Libya’s southwestern oilfields of Sharara and El-Feel, in the week of June 8, restarted production after the forces protecting the fields changed allegiance from the LNA to the GNA. However, shortly after resuming production, forces aligned with the LNA closed the fields again. Separately, on June 10, a local militia group from Zuwara city aligned with the GNA stormed the northwestern Mellitah Oil and Gas Complex, where natural gas is exported to Italy through the Greenstream pipeline, and briefly interrupted the complex’s operations.

Competition over the control of oil installations is likely to increase over the coming months. The LNA remains intent on blockading oil exports to reduce the GNA’s flow of revenue. The GNA has an interest in resuming oil production and exports to reduce the pressure on its finances by expanding its control over oil resources, as the oil sector represents approximately 95% of the country’s exports and 60% of the GDP. However, the GNA’s ability to control the plethora of its affiliated militias to lead a coherent security and policing strategy in the areas it controls is questionable. With the absence of a common enemy in northwestern Libya, represented by the LNA, divisions between the GNA-aligned armed groups are likely to reemerge and compromise efforts to provide adequate security and policing services. 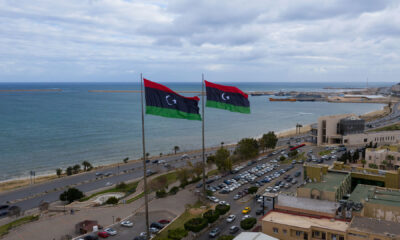 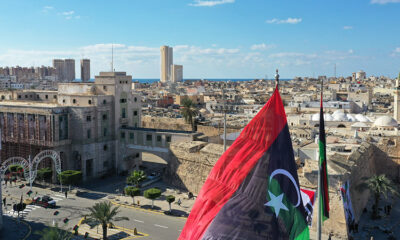 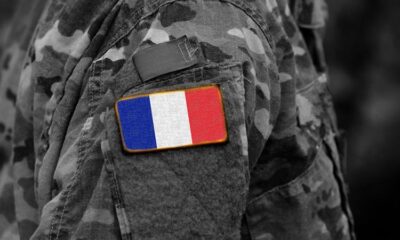