The announcement on June 4 that forces of Libya’s UN-recognized Government of National Accord (GNA) had regained full control of the capital, Tripoli, could be viewed as an apparent victory for Turkish foreign policy in the eastern Mediterranean. Renegade General Khalifa Haftar is in retreat, Russia’s Wagner Group mercenaries are allegedly evacuating and a new round of ceasefire talks is underway. Yet for all the apparent success, much remains uncertain.

Most obviously, this is not a victory in the Libyan Civil War but a reprieve. Any map of the current conflict reveals that General Haftar’s forces control most of the country, most of the vital oilfields and until recently were in an apparent final push for the capital, Tripoli, and final victory. Turkey has reversed this, but only to the extent that Tripoli is now secure, and Haftar’s control of the northwest coast and the Tunisian border has been lost. This is a retreat but not a defeat.

What Has Turkey Gained?

What Turkey has gained is undeniable leverage within the Libyan conflict. It’s not the only player by a long chalk, but it is now a principal player. That was underlined when Libyan Prime Minister Fayez al-Sarraj visited Ankara last week, while Deputy Prime Minister Ahmed Maetig visited Moscow. It affirmed that Turkey is now one of the main guarantors in this conflict, alongside Russia.

But the lineup of proxies on either side is motley and myriad. On the side of the UN-recognized GNA are not only Turkey, but also Qatar and Italy. In the rebel corner are Russia, UAE, Egypt and France. The US has tended to vacillate between both camps. All this means is that there is much confusion and distrust, with everyone watching their backs and suspicious of enemies and, notionally, allies alike.

Even though Turkey is aligned with Italy in support of the GNA, the EU has been critical of Turkish involvement, and it is far from clear that Italy would remain aligned with Turkey if France were to be removed from the equation. Italy, like Turkey, harbors historical ties to Libya, a feeling that this is a geopolitical backyard they have precedent in. Such an overlap has the potential to lead to friction.

Turkey has suggested its companies could begin exploration of fields — including those within Libyan territorial waters — within months. It’s one reason why Turkey is especially keen to translate its military advance into a concrete political settlement in Libya as fast as possible. If General Haftar can be forced into an accommodation, Turkey will have a freer hand to make the kind of economic gains its victory promises.

Russia has turned frozen conflicts into something of a specialty. From the Russian-recognized breakaway regions of Abkhazia and South Ossetia in Georgia to eastern Ukraine and Syria, Russia has developed a pattern of using disruption for maximum gain without the responsibilities and ramifications of all-out victory.

As in Syria, Russia and Turkey appear to be at odds in Libya, supporting opposing sides. But perhaps the two states are more symbiotic in their relationship than they appear at first glance? If the other were to throw in the towel and retreat, leaving the path clear for the opposing side, what would that mean? In either Syria or Libya, it might well mean far greater responsibility — politically, militarily and economically — than is otherwise the case.

How much does either side want to have sole responsibility for nation building, given that in Libya, this building would have to happen from the ground up. For both sides, frozen conflict, in which they can carve out privileges for themselves without anything like the same responsibility, is a much more comfortable and achievable aim. What’s more, they can do so whilst playing a public diplomatic role of guarantors in a civil war, simply trying to achieve a peaceful settlement.

All this makes if far from clear how real — in the sense of truly contested — Turkey’s military victories in Libya have been. Are they a blow to Russia, or did the Kremlin calculate that it was expedient to see General Haftar fail in his bid to take the capital? Is it perhaps in Russia’s interests to see their man cut down to size, made a little more dependent on Russia for help, and avoid a victory that would then require far greater Russian intervention in order to secure a controlling role for itself in the resulting dictatorship?

Turkey in the New Regional Order

Libya is just one example of the new breed of highly fluid, multi-dimensional conflicts emerging, particularly in the Arab world, since America retreated from its role as a global security guarantor. These conflicts are characterized by a mix of local militias and warlords, none strong enough on their own to control the entire state. As a result, different sides have been easy prey for regional and international actors with an interest in leveraging their geopolitical position through holding a stake in the conflict.

Libya, like all these new conflicts, is a far cry from the total-war, winner-takes-all concept of traditional nation-state conflicts. These wars are not even following the usual trajectory of a traditional civil war. They are becoming more piecemeal than that, without conclusive victories, final consolidations of power and full stops. They are increasingly frozen conflicts.

Libya’s conflict may still be very hot, but it’s likely to remain fundamentally unresolved, and in the eyes of both sides in the conflict “unwon” for many years to come. That is because it is now being fought not simply for Libyan aims, but for multiple, conflicting aims in capitals around the world.

Be that as it may, Turkey may well reap rewards from its foray into Libya, and with the crucial buffer of the Mediterranean Sea — something Turkey lacks in the case of Syria — there is the potential for more payback with less blowback in Turkey’s emerging relationship with the government in Tripoli. 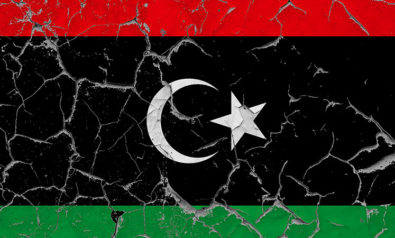 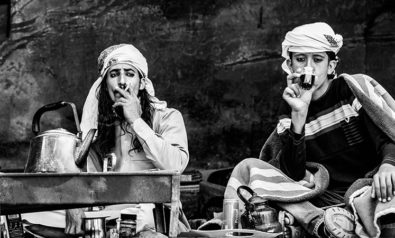 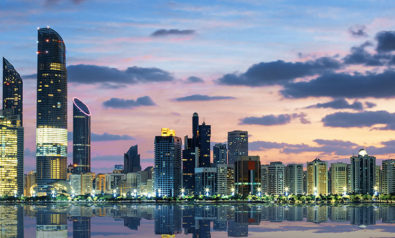