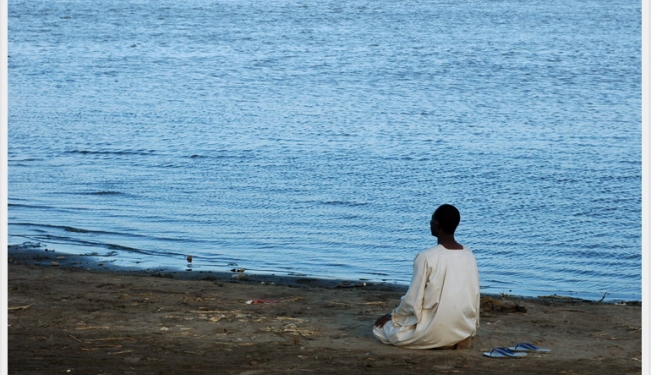 Six months after the Egyptian Revolution, its endgame remains unclear. Worries abound about inter-communitarian tensions and the dismal state of the economy. At the same time, the Horn of Africa is reeling from the worst drought in sixty years, with millions threatened, once more, by the spectre of famine. What connects the food crisis in Ethiopia, South Sudan, Somalia and Northern Kenya with political instability in Cairo is the urgent need to think differently about water in the Nile Basin. The good news is that the fall of Hosni Mubarak offers perhaps for the first time the real possibility of transforming the hydropolitical stalemate and pushing for greater regional integration to address the political, economic and ecological challenges: is a second revolution on the Nile in the making?

The Nile Basin and the two Niles –the White Nile, which flows from Lake Victoria to Sudan, and the Blue Nile, which begins in Ethiopia’s Lake Tana, joining the White Nile in Khartoum- comprise ten countries in total. For millennia, political power and control over water have been closely linked, and perhaps nowhere more so than in Egypt, Sudan and Ethiopia, where 85% of all Nile waters flow. Water, particularly through irrigated agriculture, was central to processes of modern state-formation and a key reason for colonising Sudan. The struggle over “blue gold” has led to endless geopolitical tensions, shifting alliances and proxy wars in attempts to prevent one’s neighbours from establishing hegemony over the Nile Basin.

This enduring hostility between Ethiopia, Sudan and Egypt has been the product of power politics between national elites. Yet if zero-sum attitudes to the Nile waters have been economically non-sensical in the past, they will be even more counter-productive in the future. Immense challenges are creating a strong case for a switch to a positive-sum approach and bold regional integration.

Population doubles every 30 years in the Basin, meaning that an additional 150m mouths will have to be fed in a region notorious for large-scale malnutrition. Climate change is affecting the water cycle across North-East Africa, pushing marginalised pastoralist communities to the edge and threatening subsistence and commercial farming. The drought currently devastating rural populations across the Horn illustrates the magnitude of the problem. The UN has shown what further productivity losses could result from climatic changes – sorghum yields could decline by 50% by the middle of the century. Growing food security problems are linked to the wider economic malaise in Sudanese, Egyptian and Ethiopian cities. The failure of Mubarak’s regime to respond effectively to rising food prices and youth unemployment was a key factor in the uprising. Millions of entrants into the labour force, particularly politically awakened graduates, need to find work if hopes of a demographic dividend are not to turn into a socio-political nightmare.

Pessimism about the Nile Basin has thus been omnipresent(See recent op-ed by Lester Brown for instance). For decades, Addis and Cairo have been locked in a war of words over the 1959 Nile Waters Agreement, which carves up the Nile’s blue gold between Egypt (55,5bn m³) and Sudan (18,5bn m³) without involving upstream riparians. This has entrenched geopolitical confrontation: tensions escalated in 2010, with Egyptian newspapers quoting former President Sadat -“The only matter that could take Egypt to war again is water”- and Ethiopian Prime Minister Meles Zenawi publicly accusing Mubarak of supporting Ethiopian rebels.

The trigger for deteriorating Egypt-Ethiopia relations was the January 2011 self-determination referendum for South Sudan. Ethiopia believes that it can use the South’s independence to replace the 1959 Treaty with a new multilateral framework that redistributes water quota. This would allow Addis to use the blue gold for irrigation and push its ambitious Dam Programme on the Blue Nile. Egypt historically opposed self-determination but has belatedly accepted the realities of secession, investing in development projects across South Sudan to convince Juba of the merits of the status-quo. Given these diametrically opposed interests and the increasing violence in Sudan, many fear that an independent Juba will act as a possible detonator for regional tensions.

Enter the Egyptian Revolution, which is acting as a catalyst for peaceful regional change. Hosni Mubarak’s demise is leading to improved relations as Cairo’s discourse is shifting radically. Egyptian ministerial delegations have already carried out several high-profile visits to Addis and Khartoum, emphasising the need to listen to upstream riparians’ concerns. Egyptian negotiators privately underline that diplomats and politicians are regaining some of their authority from the security services –long in charge of relations with Sudan and Ethiopia- in discussions about the Nile. Ethiopia is warming to the possibility of cooperating with Egypt and Sudan and exploring ways of attracting substantial amounts of Egyptian capital. Meles Zenawi recently agreed to delay the ratification of an alternative treaty regulating the Nile waters, designed by upstream countries, until after the Egyptian elections in September. He also invited Sudan and Egypt to be involved in Ethiopia’s Dam Programme to assuage fears over the construction of the Grand Millennium Dam, perhaps a first attempt at deep regional cooperation in North-East Africa.

As I describe in a recent Chatham House report, regional integration should be built on a revision of the 1959 Nile Treaty and the synergies between Sudan’s oil for Ethiopia’s water. North and South Sudan have regional comparative advantages in agriculture and can continue to supply Ethiopia with fuel, while Ethiopia should be encouraged to make full use of its potential in hydropower on the Blue Nile to export cheap electricity to its neighbours. Sharing the region’s abundant resources would enable Egypt, the two Sudans and Ethiopia to stand a better chance of addressing climate change, poverty reduction and food security.

The Egyptian Revolution, South Sudan’s independence and the Horn’s devastating drought are factors of great uncertainty, but do not have to lead to more regional confrontation. Egypt’s newfound willingness to discuss the taboo of fundamentally altering the water regime in the Nile Basin offers genuine hope in a region long deprived of it. Cairo, Addis, Khartoum and Juba need to follow through on the change in style with radical changes in substance. The impact of a second Revolution on the Nile might well surpass that of the first.