With unrest in the Palestinian Territories, an Israeli soccer group known for its racism is getting involved.

Israel’s most notorious soccer fan group, La Familia, which is known for its militant racism against Palestinians, Arabs and Muslims, has put itself in the firing line as Israeli-Palestinian confrontations threaten to spark a third intifada (uprising) in the West Bank and Gaza Strip. Members of La Familia, who are supporters of storied right-wing club Beitar Jerusalem—the only top flight Israeli team that refuses to hire Palestinians—have been involved in recent attacks on Palestinians, despite the government appearing to be cracking down on them in recent months.

Doubts about the sincerity of the Israeli government crackdown have been fueled by what some perceive to be a double-standard in the response of the police and military to Israeli and Palestinian perpetrators of violence. Law enforcement and the military appear to be more cautious in preserving life when confronting right-wing and ultra-nationalist Jews than when challenging Palestinians. At least 30 Palestinians have been killed by Israeli forces in the last two weeks.

While Israel is toughening penalties and introducing mandatory minimum sentences for Palestinian stone throwers, lone wolves and perpetrators of low level violence, Israel appears to be dragging its feet on detaining what law enforcement officials and politicians termed the “Jewish terrorists” responsible for the death of an 18-month-old Palestinian baby in July.

Radical right-wing activist Meir Ettinger, a grandson of assassinated ultra-nationalist Rabbi Meir Kahane, whose Kach party was outlawed, and nine others were arrested in August, reportedly on charges of torching the landmark Church of the Multiplication of the Loaves and Fishes on the Sea of Galilee. They were placed under administrative detention, a controversial policy usually reserved for Palestinians, under which terrorism suspects are denied the right to a trial or not informed of official charges.

Members of La Familia, wearing Beitar T-shirts, recently marched alongside supporters of Lechava, another right-wing group, through Jerusalem shouting “Death to Arabs” and “Muhammad is dead” (slogans frequently heard on the stands during Beitar matches) and “may your village burn.” Palestinians account for about 20% of Israel’s citizenry.

Roy Yanovsky, a reporter for Ynet News, reported that demonstrators were looking for Palestinians whom they could attack. They “attacked a taxi driver and attempted to attack other Arab passers-by … They entered stores, asking clerks if Arabs were employed there. They asked employees random questions like ‘what’s the time?’ in order to test their accent.” Police intervened when the fans attempted to force their way into a store at a gas station that employs Palestinians.

“We really can’t get a moment’s rest these days. One event follows another, it’s very sad that so many police officers, including the district commander who came here himself, need to deal with right-wing organizations like La-Familia and Lechava instead of combating terrorism,” Yanovsky quoted a police officer at the gas station as saying.

A recent editorial published by liberal newspaper Haaretz after members of La Familia stabbed a supporter of Beitar’s rival, Hapoel Tel Aviv, warned: “La Familia is protected by the law solely because it is connected to the no man’s land of Israeli soccer.”

The paper cited a list of incidents in recent years involving La Familia, including an attack on fans of rival Hapoel Kfar Saba; robbing supporters of Maccabi Netanya at knife-point; assaulting Palestinian cleaners at Jerusalem’s Teddy Stadium; rioting at the city’s Malha Mall and attacking Palestinian employees; and torching the trophy room at Beitar’s headquarters after the club hired two Chechen Muslim players.

Beitar fans created havoc in July during a match against Charleroi in Belgium, when they hoisted racist banners of the Kach party and disrupted the match with flares and objects thrown onto the pitch that struck the Belgian goalkeeper. In August, Beitar fans carried a banner into the Teddy Kollek Stadium with imagery reminiscent of neo-Nazi movements. The banner said “Good night left side,” a slogan used by the far-right in eastern Europe, and featured a drawing of a man kicking another person lying on the ground.

“As usual in such cases, the ritual denunciations were issued, like a bandage used to treat an incurable disease. Culture and Sports Minister Miri Regev even condemned the attack as ‘horrifying…’ But to uproot a sick phenomenon like La Familia, pinpoint punishments are not enough. There is a need to uproot the racism and violence such groups represent. And it is Regev, like many of her government colleagues, who fuel the destructive impulses inherent in organizations like La Familia with their incessant, institutionalized racism,” the editorial said.

The role of La Familia in the most recent violence in Israel could complicate efforts to ensure that world soccer body FIFA does not become the first international organization to suspend Israel. Israel evaded suspension last May, when Palestine withdrew a resolution demanding that Israel be penalized for its policies, including racism in soccer. A FIFA committee is seeking to mediate an Israeli-Palestinian compromise.

The government launched two investigations of Beitar and La Familia in September, partly in response to the incident in Belgium, which it condemned because it tarnished Israel’s image. The investigations were related to the Belgian incident, as well as Beitar’s discriminatory hiring policies.

The General Security Service (Shin Bet), however, said at the time that it had no grounds to ban Lechava (La Familia’s ally) as a terrorist organization.

A litmus test for Israeli policy is likely to be whether in the current environment municipal leaders in Jerusalem implement a recent decision to deprive Beitar of public funds because of La Familia’s racist and violent behavior. Beitar has repeatedly refrained from cracking down on the group, and the club used La Familia as an excuse for its refusal to hire Palestinian players.

The Haaretz editorial argued that nothing short of banning La Familia would do. “La Familia’s violence—on the field and off—is terrorism in every respect. Whether it’s Arab citizens or merely fans of an opposing team, the moment that causing physical injury becomes a modus operandi, the attorney general must examine the issue in depth and consider making the organization illegal.” 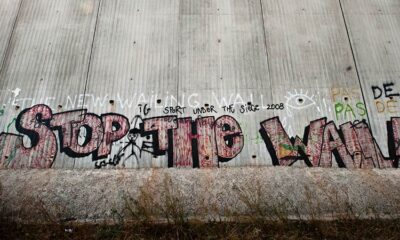 Fair Observer Debates the Trump-Kushner “Deal of the Century” 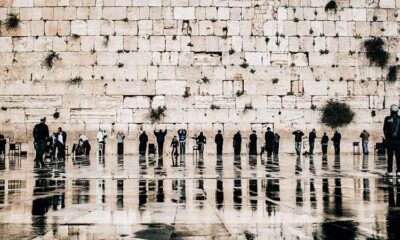 The Secrets of NYT Racism