Erdogan will likely use the momentum of the crackdown to support his efforts to increase the presidency’s executive powers.

The short-lived coup attempt in Turkey was launched by a section of the armed forces on July 15 by the so-called Peace at Home Council. During the ensuing hours, 145 civilians and 63 security personnel were killed, along with 24 personnel allegedly involved in the coup. Media outlets were shut down, bridges over the Bosporus in Istanbul were sealed, and shots were fired at the presidential and parliament buildings. Reports have said that aircraft controlled by the plotters locked onto Recep Tayyip Erdogan’s presidential aircraft, but did not fire.

The turning point in the coup attempt came when the plotters attacked parliament and Erdogan landed safely in Istanbul, galvanizing opposition politicians and a number of senior military officials to speak out in greater number against the action and prompting thousands of civilians to take to the streets to confront the plotters. Within hours, government-aligned security forces had succeeded in subduing the coup.

Despite fears of a possible second coup attempt, the prospect of this remains low in the near term, given the initial coup’s failure to secure wider backing among the military or public and the rapidly expanding crackdown against the military since. Only sporadic and low-level clashes took place after the coup had been quelled—those reported at Istanbul’s Sabiha Gokcen Airport and the Third Main Air Base in Konya on July 17, when suspected coup supporters resisted apprehension by the police—and there have been no subsequent indications of renewed clashes. The three-month state of emergency declared on July 21 will also bolster the government’s authority, allowing it to restrict or suspend rights such as the freedom of assembly.

There is still uncertainty over who was behind the coup, though its participants seem to have been predominantly drawn from the ranks of the air force and the gendarmerie. President Erdogan has alleged the involvement of the Hizmet Movement led by exiled cleric and former ally Fethullah Gulen who resides in the US.

Regardless of whether or not Gulenists played the leading role in the coup, its scale suggests much broader participation than just the cleric’s followers, indicating deep dissatisfaction within the military with government policies. Among the most controversial factors include the authoritarian and Islamist slant of Erdogan’s Justice and Development Party (AKP), which is widely seen as undermining the historically secular nature of the Turkish government. Meanwhile, there is significant discontent over Erdogan’s approach to the Syrian Civil War and the conflict against the Kurdistan Workers’ Party (PKK).

The government’s current purge has the potential to significantly reduce the capacity of the armed forces at a crucial time for Turkish domestic security. In the days since the plot collapsed, 50,000 police, army officers, judicial officials and civil servants have been detained or suspended. The detention of more than 100 generals, along with more than 6,000 soldiers, suspected of involvement in the coup will have a detrimental effect on the capabilities and morale of the army. Among those detained is Adem Huduti, commander of the Second Army responsible for protecting the borders with Iraq and Syria and leading the conflict against the PKK in the southeast.

In addition, the divisions exposed between various factions of the security forces—with the coup largely led by the air force and gendarmerie, and the police and other military branches largely staying loyal to the president—pose major concerns over their ability to work together in countering the numerous security threats faced by Turkey. Coming just weeks after the June 29 bombing of Istanbul’s Ataturk Airport, the purge stands to undermine the state’s resilience to such attacks, potentially increasing the terrorism risk around critical infrastructure and sensitive buildings in major cities.

Erdogan is likely to use the crackdown to build momentum behind his efforts to strengthen his position, possibly rejuvenating efforts to increase the executive powers of the presidency through proposed constitutional reform.

The three-month state of emergency allows the president and cabinet to bypass parliament when drafting new laws. Political opponents of the AKP have already warned that the current purge will also be used as a justification to curtail their activities and to push the constitutional reform through parliament. Rival parties opposed to the constitutional change, notably the pro-Kurdish Peoples’ Democratic Party (HDP), may prove particularly vulnerable. Before the introduction of the state of emergency, the government had lifted the parliamentary immunity of HDP lawmakers and accused them of links to Kurdish rebels.

Erdogan’s growing authoritarianism, including the continuing crackdown on dissent, risks provoking further civil unrest. In the past three years, there have been multiple incidents of protests against Erdogan’s increasingly authoritarian style—the most significant being the weeks of anti-government rioting in mid-2013, which began in opposition to the development of Istanbul’s Gezi Park.

Although Erdogan is hoping the attempted coup will build public support behind his campaign to increase powers under the presidency, there are still doubts over support for the changes, with an IPSOS poll in May suggesting that just 36% of the population back the constitutional reform he seeks.

Continued opposition to the reform agenda and the purge may increase the risk of civil unrest in major cities in the months ahead. But as recent days have shown, Erdogan is unlikely to show much patience for further signs of dissent. 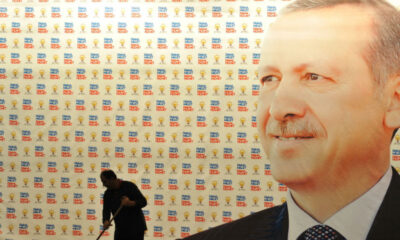 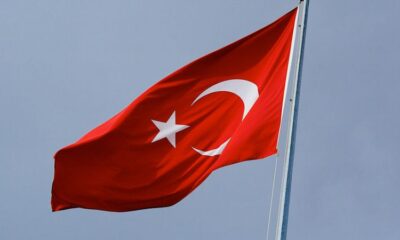 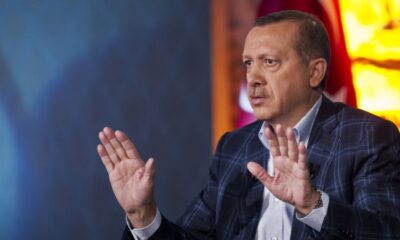