Saudi Arabia and the UAE’s demands of Qatar constitute an effort to rewrite the rules of international relations that uphold the sovereignty of nations.

A list of 13 conditions for lifting the Saudi and Emirati-led embargo of Qatar offers a first taste of Saudi Crown Prince Mohammed bin Salman’s foreign policy approach that, if endorsed by the international community, would call into question fundamental principles governing international relations. The demands — that if accepted by Qatar would turn the state into a Saudi vassal — are unlikely to facilitate a quick resolution of the three-week-old Gulf crisis. In fact, they may complicate a resolution that would allow all parties to claim victory and save face.

Saudi Arabia and the United Arab Emirates have reportedly given Qatar 10 days to comply with their demands. Other Gulf states have yet to comment on the list. It was also not clear what steps the two states might take if Qatar rejected the conditions.

Doha has insisted that it would not accept any demands that compromise its sovereignty or amount to interference in its internal affairs. It has also denied various Saudi and Emirati allegations against it. The Gulf state said further that it would only negotiate an end to the crisis once the embargo is lifted.

The demands go far beyond the declared aim of Qatar’s protractors that it halts its support of jihadists and Islamists. Acceptance of the demands would not only compromise its political sovereignty, but could also jeopardize its economic independence if Iran were to retaliate for Qatari compliance. Such compliance would further create a dangerous precedent for freedom of the press and expression.

The Saudi-Emirati demands appear to fall far short of a call by the US State Department that the conditions for lifting the diplomatic and economic embargo of Qatar be “reasonable and actionable.” The United States and other democracies would likely find it difficult to support the closure of Qatari-funded media, including the Al Jazeera Media Network. Al Jazeera revolutionized the Arab media landscape by introducing more free-wheeling, critical news reporting and debate that has irked autocratic Arab leaders for more than two decades.

The network drew the ire of Saudi Arabia and the UAE for its support of the 2011 popular Arab revolts that brought Islamist forces, including the controversial Muslim Brotherhood, to the fore. Riyadh and Abu Dhabi have gone to great lengths to roll back the fallout of the uprisings.

Similarly, the demand that Qatar reduce the level of, if not break off, its diplomatic relations with Iran could endanger the Gulf state’s economy, which is dependent on oil and gas exports. Qatar shares with Iran ownership of the world’s largest gas field and cannot afford an open conflict with the Islamic Republic. Saudi Arabia and the UAE are demanding that Qatar shut down diplomatic posts in Iran, expel members of Iran’s elite Revolutionary Guard, and only conduct trade and commerce with that country in compliance with US sanctions that are not internationally binding.

The demands put Qatar in a separate category from other members of the Gulf Cooperation Council — including the UAE, Kuwait and Oman — that maintain diplomatic relations with Iran. The UAE, which has a territorial dispute with Iran over three islands in the Gulf, is home to a large Iranian community and serves as an important economic hub for the Islamic Republic.

Similarly, acceptance of a demand that Qatar closes a military base of NATO member Turkey would also undermine the Gulf state’s sovereignty. Turkish Defense Minister Fikri Isik said his country had no plans to close its base in Qatar. Other NATO members have bases in the Gulf, including the largest US military facility in the Middle East based in Qatar, and British and French bases in the UAE. Turkey, like Qatar, supported the 2011 revolts as well as the Muslim Brotherhood.

Saudi Arabia and the UAE are further demanding that Qatar cut ties to a host of organizations ranging from jihadists like al-Qaeda and the Islamic State to Lebanon’s Hezbollah and the Muslim Brotherhood. Qatar has denied contacts with the jihadists, but has been open about its relations with non-violent Islamists, including the Brotherhood and Hamas.

On June 14, US Secretary of State Rex Tillerson  suggested that banning the Brotherhood was all but impossible. Speaking to the House Committee on Foreign Relations, Tillerson cautioned that designating the Muslim Brotherhood, with an estimated membership of 5 million, as a terrorist organization would “complicate matters” with America’s relations with foreign governments. “There are elements of the Muslim Brotherhood that have become parts of governments. Those elements … have done so by renouncing violence and terrorism,” stated Tillerson. He said groups affiliated with the Brotherhood that commit violence had already been added to the US terrorism list.

In a sign that compliance with the demands would not restore confidence among Gulf states, Saudi Arabia and the UAE, together with Egypt and Bahrain, have insisted that Qatar expel their citizens, including those who had adopted Qatari nationality, and that it no longer offers their nationals citizenship as a way of ensuring that Doha does not meddle in their internal affairs. They also demand that Qatar be audited for a period of 10 years.

In a bid to garner US support for their demands, Riyadh and Abu Dhabi have insisted that Qatar stops funding groups designated as terrorists by Washington; extradite people wanted by Saudi Arabia, the UAE, Bahrain and Egypt on charges of terrorism; and provide details of its funding of Saudi and other Arab dissidents. Qatar’s distractors differ with the Gulf state as well as the US on which groups and individuals should be classified as terrorists. Saudi Arabia and the UAE have declared the Muslim Brotherhood a terrorist organization, but the US has not. Bahrain’s Sunni minority government relies on the support of members of the Brotherhood.

Things get even more complicated when it comes to Hamas, an offshoot of the Muslim Brotherhood that controls the Gaza Strip. Hamas has been designated a terrorist organization by the US, the European Union and Israel but not the United Nations, the arbitrator of which designations are internationally binding. Egypt, financially dependent on Saudi Arabia and the UAE, came to Hamas’ aid on June 22 by supplying Gaza’s only power plant with fuel. The plant was shut in April because of a dispute between Hamas and the Palestinian Authority (PA), which is headed by President Mahmoud Abbas. The Egyptian assistance came as Israel reduced its supply of electricity to Gaza at the request of the PA.

The Egyptian move also came as a Hamas delegation visited Cairo not only for talks with authorities, but also Mohammed Dahlan, an Abu Dhabi-based, UAE-backed former Palestinian security chief who has ambitions to succeed Abbas as Palestinian leader. Dahlan advises UAE Crown Prince Mohammed bin Zayed on issues of national security. A deal between Hamas and Dahlan — who is at odds with Abbas and cannot return to the West Bank — would offer him a way back into Palestine.

In sum, Saudi Arabia and the UAE’s demands constitute an effort to rewrite the rules of international relations that uphold the sovereignty of nations and their right to graft their own policies. They would effectively put Qatar under guardianship and undermine the principle of freedom of expression and the media. The demands complicate efforts by the US and others to resolve the Gulf crisis. They reopen an unresolved debate about the definition of terrorism and the ability of countries to adopt independent decisions on policies regarding media, citizenship, diplomatic relations and economics. At stake in the Gulf crisis is far more than the fate of a tiny state called Qatar. 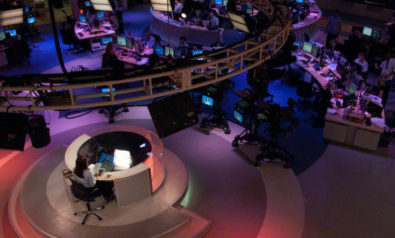