A Neom ad in Tabuk, Saudi Arabia on 6/3/2020. © SaudiArabiaPhotography / Shutterstock

Despite rumors to the contrary due to the somewhat soiled reputation of a leader better known for, according to US intelligence, commanding the murder of a Washington Post journalist than his contribution to the future of humankind, Business Insider reassuringly reports that “work is pressing ahead at Crown Prince Mohammed bin Salman‘s prized gigaprojects, a key pillar of his dream of modernizing Saudi Arabia.”

The young man known as MBS has a confirmed habit of spending vast amounts of money on anything that may redound to his personal glory. And nothing redounds better than immensely costly, futuristic public projects that defy description. His discreetly managed construction of his own Chateau Louis XIV in Louveciennes, just a few kilometers from Versailles itself, got very little publicity, due undoubtedly to the fact that it was just an example of narcissistic indulgence.

The New York Times has referred to it as “the most expensive house in the world,” though there appear to be other candidates, such as Antilia in Mumbai, whose cost of construction estimated at between $1 and $2 billion dwarfs the $300 million that Mohammed bin Salman’s Chateau is worth. That nevertheless qualifies it for the title of the most elegant expensive house in the world and possibly the most respectful of its environment, nestled discreetly within the charming forest of Louveciennes.

For all its splendor and expense, Chateau Louis XIV doesn’t is no gigaproject. The Times calls it a “bauble” for MBS. It has nothing to do with “modernizing Saudi Arabia” since it doesn’t even modernize France. The real future jewel in the crown prince’s crown is a delirious vision of the future called Neom.

Any absurd, unrealistic project planned by an individual with access to gigabillions of dollars and devoid of human values

Business Insider gives its readers an idea of what MBS wants Neom to become. It is not just a hypermodern resort for billionaires, like Dubai, but a bold, forward-looking gigaproject that will generously advance the interests of science, the environment and especially human beings addicted to sci-fi literature and film and willing to pay to see and experience technoscientific fantasies materialized in front of their very eyes. “The city, named Neom, would be carbon neutral and have artificial rain, a fake moon, flying taxis, and robotic maids, according to early blueprints drawn up by consultants. It has since branded itself as a future hub for pioneering clean energy development,” Bill Bostock writes.

It sounds as if the consultants were asked to physically combine Las Vegas, Universal Studios, Disneyland and Dubai and shape them into a doughy ball that MBS could then roll out across a stretch of Arabian Desert. Business Insider explains that Mohammed bin Salman’s aim is to “inspire awe,” as if the daring murder and dismembering of journalist Jamal Khashoggi hadn’t already achieved that effect.

But there is an even more serious objective. MBS wants Neom and two other gigaprojects to “substantiate his self-styled image as a reformer, while adding new strings to Saudi Arabia’s economic bow.” No other reformer of the past — from Martin Luther to Martin Luther King — has had the temerity and deep sense of empathy toward suffering humanity capable of guiding them toward the coveted goal of creating a society with artificial rain and a fake moon.

In an earlier article, Business Insider describes Neom as “the world’s first ‘cognitive city.’ It is designed to “anticipate residents’ needs,” which it does by harvesting “an unprecedented amount of data from future residents.” It follows the Google model, offering something deemed valuable for free to gain control of all the forces underlying its consumers’ behavior. Both Google and MBS deploy a strategy that consists of confusing the random, artificially stimulated desires of their customers with needs.

At least the Chinese model of social credits, denounced throughout the West as a totalitarian tool, derives from the value of “harmony” at the core of Chinese culture. Technology now enables every government in the world to encourage not just spying on its citizens, but monitoring every individual’s behavior. Democratic regimes do it one way. Despotic regimes do it another way. What varies is the type of hypocrisy used to justify it.

In recent history, the idea of reform, especially in the context of democracy, referred to measures that served to reduce injustice and promote equality. As a supremely autocratic monarchy, Saudi Arabia is the opposite of a democracy. When commentators such as Thomas Friedman detect the utilization of despotic powers to promote conformity with the global economic system imposed by the United States on the rest of the world, they call those who initiate such processes reformers. For Friedman, the world loses its asperities and becomes “flat” — in his reading, fair and just as well as economically dynamic — whenever money and monopoly-orientated technological innovation are brought together and stimulated by visionary political leadership. The symbiosis of Wall Street and Silicon Valley sums up Friedman’s ideal. Mohammed bin Salman encapsulated that ideal.

The political stakes are undeniable. Business Insider cites the opinion of a former US diplomat who explained that the Saudi crown prince’s political future is “to a considerable extent tied to the success of” these gigaprojects. In today’s economy, commercial success, especially when technology is involved, is the key to pardoning crimes that can be henceforth reclassified as unfortunate episodes of history that deserve to be erased from our collective memory.

The challenge nevertheless remains of ensuring such projects are successful. Money alone won’t do the trick. Overly ambitious projects, however well-funded, are risky, just as dismembering a journalist in an Istanbul consulate may prove risky. If the project doesn’t live up to its ambitions, danger lurks. The higher and more unrealistic the ambition, the greater the chances of humiliating failure. And the more enticing the promise — in this case, of accelerating scientific progress — the more disappointing even partial success will prove to be. With the right engineering and adequate investment, as a theoretical proposition, Neom may today seem technically feasible — just like Elon Musk’s idea of thriving colonies on Mars — but the willingness of humans to live in such artificial worlds and their ability to adapt to radically different living conditions may fail to meet the designers’ optimistic expectations.

If Dubai has proved successful, it is because — despite its pretensions of grandeur — its hyperreality has never crossed the invisible line of credibility. It has simply taken and exaggerated every notable trend in the consumer society. Its unoriginal architecture imitates existing models. How many buildings in Dubai look like cheap imitations of New York’s Chrysler building or the British Parliament? Hyperreality is about imitation and illusion, not innovation. Neom appears to want to merge both and to be honored for advancing human science.

Andrew Hudson-Smith, a professor of digital urban systems at University College London, believes Neom’s success is possible. “People will buy into this as long as they’re given an incentive for it,” he told Business Insider. “That may be better healthcare, which is what Neom has said.” A Saudi analyst offered this optimistic take: “People will value the convenience and the associated elimination of bureaucracy … over sharing their digital data that many assume is already in the public domain given the technology that they use.” It’s the Google-Facebook principle.

This thinking is consistent with the ingrained ideology of the consumer society. Offer people something new that seems to solve a problem or offer a new convenience and they will readily accept the associated constraints, so long as those constraints don’t become too visible. But there’s a significant flaw in the reasoning. Consumer society’s success in the 20th century rested on the idea that it was about limitless choice. Neom and Musk’s Mars colonies neglect the fact that choice implies the ability to change one’s choice once the consumer discovers the drawbacks. The worst thing that can happen to consumers is to feel they have become the prisoner of their choices.

Business Insider claims the “experts are excited about Neom” before adding “the caveat that smart cities rarely resemble their original blueprints.” The experts have the luxury of simply drawing up new blueprints. Those who have committed to living there may feel locked in by circumstances or by their sense of shame at having made the wrong consumer choice. 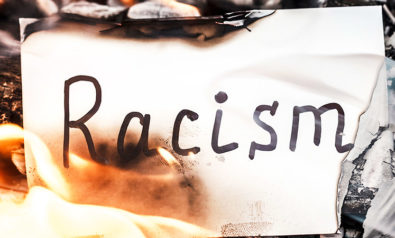 The A-Word in the Arab World 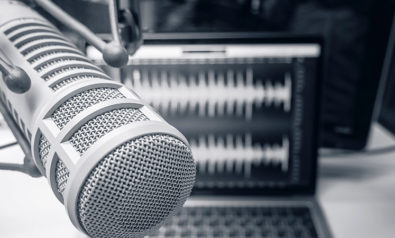 Behind the Scenes With Kerning Cultures