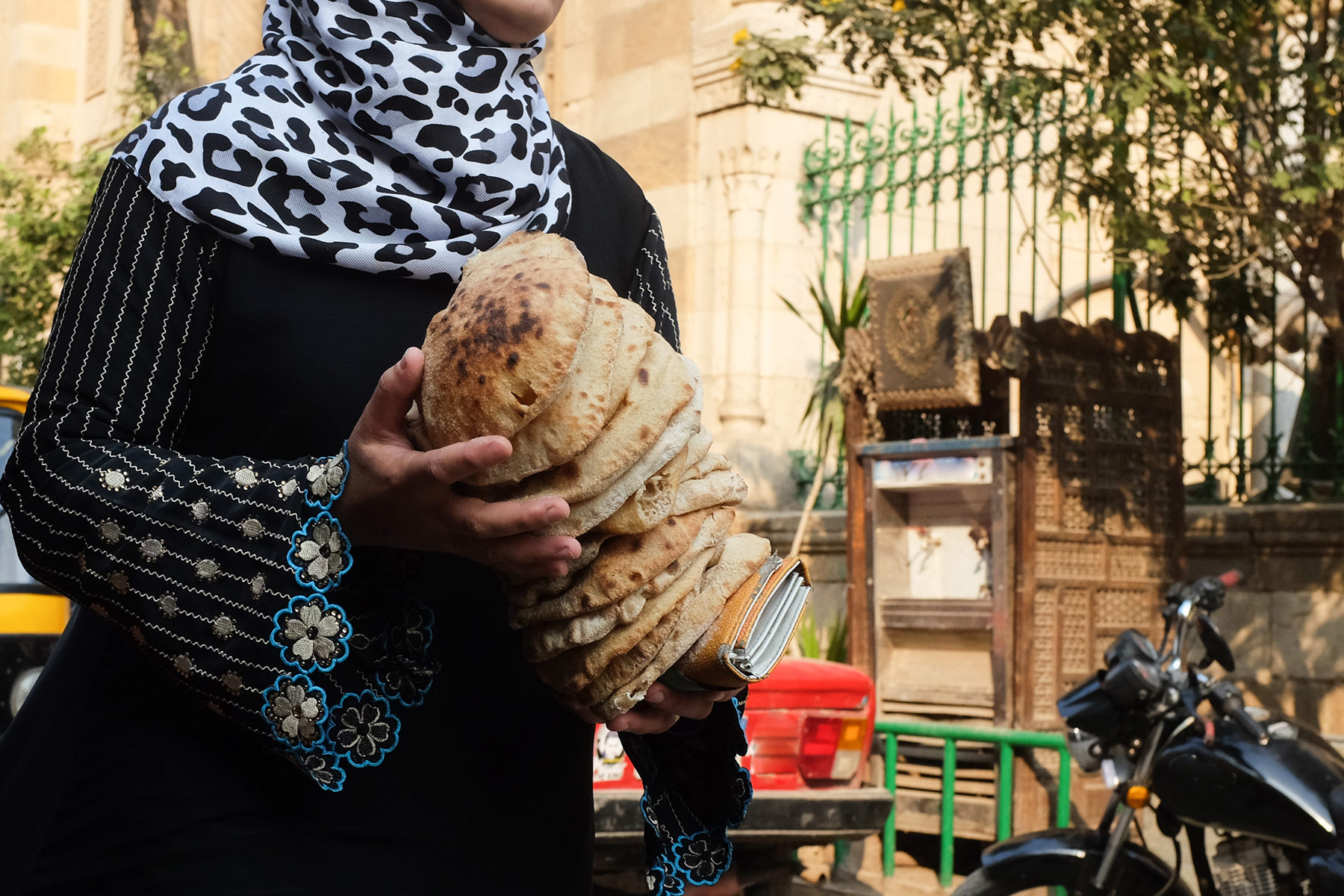 There has been a growing interest in social protection policies in the Arab region dating back to the 1990s. Yet the impact of such measures has not been empirically and independently assessed. Evidence shows that, even before the COVID-19 pandemic, the poor have been getting poorer and the number of vulnerable groups and people living below the poverty line is increasing.

Poverty rates have risen throughout a decade of turmoil. This started with the Arab Spring in 2010-11 and intensified when the pandemic began in 2020. The situation is worse in Arab countries where there is ongoing conflict, economic hardship or political crises. These indicators of rising poverty mean the effectiveness of the social protection policies in the region must be placed under critical examination.

The Arab Mashreq is a case in point. This region, which consists of Jordan, Iraq, Syria, Lebanon, Palestine and, in some definitions, Egypt, has been marred by prolonged conflict, economic turmoil and political upheaval. In response to the crises, there has been an added focus on people’s resilience mechanisms to cope with the socioeconomic uncertainty.

From Economic Reforms to the COVID Crisis

Since 2015, many Arab governments have introduced financial and economic reform policies, supported by the International Monetary Fund. However, in the absence of effective social protection policies, these changes led to a sharp increase in inflation. This exacerbated the hardship of the poor, caused negative repercussions for people’s living conditions and led to further structural social stratification. The negative impact on the poor was accompanied by a political narrative of austerity for a better future. Simultaneously, generous policies were introduced for the upper class.

The policy response in Mashreq countries to the pandemic was not an exception from this inequality paradigm. The poor have been excluded in the design of policy responses. The fragile health sectors and the coverage gap of medical insurance generated an association between appropriate recovery and the upper class. Accordingly, access to quality care was exclusively for the rich. On the other hand, the poor had to rely on public health, which is often underfunded, understaffed and lacks sufficient resources.

In addition, government support in the form of loans and financial subsidies to recover from the economic fallout of the pandemic was directed exclusively at big businesses. This led to the shutdown of many small and medium-sized enterprises (SMEs) and caused unemployment to rise in all Mashreq countries.

Moreover, refugees and internally displaced people were left behind in the policy response. Instead of prioritizing their needs as vulnerable people, they faced restrictions on moving out from overcrowded camps due to the lockdown measures, which exacerbated their plight. In particular, they suffered from a lack of access to health services and malnutrition.

In the Mashreq, people have used different coping and resilience mechanisms throughout the pandemic. Yet defining what appears to be the relatively simple concept of resilience is complex. Resilience is a term that has been applied to research and practice in nearly every possible area of life and academia — from science to sociology, psychology, nursing and medicine to business and ecology. The theoretical definition of resilience is “one’s ability to bounce back or recover from adversity.” Research on coping with poverty emphasizes the importance of resilience mechanisms to be considered in the design, development and implementation of social protection policies for the prevention of risks associated with irrational resilience mechanisms.

Some resilience mechanisms in Arab Mashreq countries are constructive. For instance, there has been a rise in transnational family support, including remittances, and a revival in the agricultural sector due to food shortages. Dual-earner households have also increased as more women are joining the labor force. Yet the majority of reported resilience mechanisms are destructive. Seven areas are particularly important.

First, reports show increasing numbers of children who have ab­stained from going to school or dropped out altogether, often due to rampant poverty. In recent years, economic reform policies have included a sharp reduction of fuel, electricity and water subsidies. This has led to higher living costs. In response, children have been forced to work to earn money and contribute to the family income. The pandemic has made the situation even bleaker with the new educational setup, as not everyone has access to computers or the internet. The lack of technological infrastructure has meant the poor are excluded from the online classes introduced by lockdowns.

Second, even before the pandemic, leftover or used food markets emerged in countries such as Jordan and Egypt. At these places, the poor can buy food at reduced prices. These markets, which sell scraps of food, have become increasingly common in areas with people on low incomes. Often, the remains of meals from restaurants and hotels are offered to families at a discounted rate, with many food items unpackaged and no information as to where or when they were made. Some customers have said that no matter the quality, they are in need of the low prices as they cannot afford to buy other food products.

Third, the cut in subsidies and rising food prices have not only affected the poor. Many middle-class people cannot afford quality food due to the increase in prices and their depleted family savings. This has been exacerbated by economic hardship and the pandemic. This is particularly the case in Lebanon, where the lira (or pound) has lost most of its value, leading to higher costs of living. Lebanese people are reportedly cutting out meat from their diets or skipping meals. In Iraq, throughout the COVID-19 crisis, people have been forced to sell their furniture and personal items, just for the sake of buying food. Many Iraqis have lost jobs and the country lacks social protection measures.

Fourth, in response to the rising prices of medicine in the region, people have turned to traditional medicine and herbal remedies instead. For instance, due to the loss of more than 90% of the Lebanese pound’s value, there has been a shortage of essential medicines. The catalyst behind this was the ongoing national economic crisis in Lebanon and the state measures on lifting subsidies on medicine. Pharmacies often lack basic medications for blood pressure and even painkillers and antibiotics.

Fifth, to cope with poverty, mothers are joining the informal sector in order to have dual-earner families. Daughters have also joined the workforce. But the problem is that this sector is not covered by any social protection schemes, which means that families struggled during the height of lockdowns to curb the spread of COVID-19.

Sixth, the unprecedented rise in food prices has led some of the poor to buy their daily needs of food products via the postpaid system, or the so-called popular “note.” This system, known as shokok, is based on mutual trust between grocery store owners and residents in poor areas. As part of shokok, a shop owner archives either daily or weekly the merchant records of customer withdrawals on a note before collecting the cash at the end of each month.

Seventh, the United Nations and several media outlets have reported increased rates of crimes, drug abuse, robberies and rising cases of suicide as some people struggle to cope with poverty and hardship.

In light of these resilience mechanisms, social protection systems have to be rethought in Arab Mashreq countries. When left behind, most vulnerable people generate their own forms of resilience, which might be destructive. To a major extent, the policy response is designed for the poor to fund the rich. However, the unmet needs of the poor are not only affecting their wellbeing negatively, but it will also impact the state in the long term. 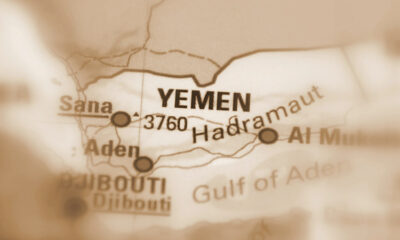