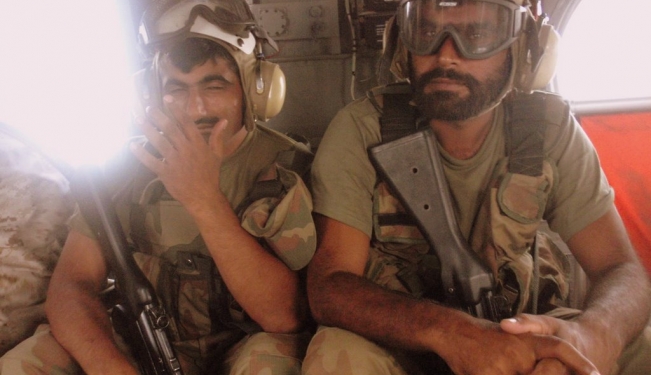 The discovery of Osama bin Laden in Abottabad, 30 kilometres away from the capital Islamabad, has added more turbulence to Pakistan’s existence as a sovereign state. The democratically elected parliament condemned the raid conducted on Pakistan’s soil as a violation of its sovereignty, with the military stating: ‘The “unilateral” operation by the U.S. against Bin Laden has cast a shadow over security cooperation between the two allies.’

US Senator John Kerry made a visit to Pakistan on May 2011- in an effort to diffuse tensions between the two allies. Nevertheless, US legislators have questioned Pakistan’s intentions against militants, and some have asked for an adjournment of U.S. aid to Pakistan.

On his recent visit to Pakistan, CIA Director Leon Panetta stated that the US possesses evidence that some components inside Pakistan’s security services are protecting the extremists within the tribal belt (The Telegraph, June 12). Mr Panetta justified the discreetness of the raid – highlighting the growing US distrust of Pakistan, and insisted on further investigation into whether Bin Laden was being “ cared for” by Pakistan’s secret services. The CIA director also accused Pakistan of tipping off terrorists prior to previous US led operations in the rural belt.

Pakistan has paid a high price as an ally in the “War on Terror”. Since 2003, there have been over 30,000 war-related casualties. The country has lost three times more than the bilateral assistance it received. According to a leading national newspaper in Pakistan, the government has spent approximately $10bn on direct/indirect costs of war – while it has received $2.478bn in aid so far. (The News, June 12, 2011)

From the perspective of Pakistan’s literate class, circumstances are very different from what is portrayed by Western media. Local Pakistani analysts argue that the Bin Laden scenario was “orchestrated” by Obama’s administration. Obama needed a good reason to withdraw Americans troops from Afghanistan by mid-July as announced earlier (Obama’s speech at West Point, Dec 2, 2009). Also, Obama needed to achieve an edge to win the 2012 Presidential election.  Victory claimed over terrorism by killing the mastermind behind the 9/11 attacks was likely to win him a second term in office.

In addition to its existing troubles, Pakistan will now most likely face forceful reaction from both the Western powers and from Taliban militants pledging to avenge the death of bin Laden. Since Bin Laden’s death on May 2nd, the Taliban have claimed responsibility for five attacks in Pakistan which have taken more than 150 lives.

The deadliest attack took place on 22nd May at Pakistan’s naval base, PNS Mehran in Karachi. It killed an estimated 12 people and destroyed two U.S. aircraft. The fighting lasted for almost 11 hours just off the city’s busiest roads. The assault came three weeks after the US Navy SEALs operation.

The Pakistani army is openly at war with fragments of jihadist groups such as the Taliban and Al-Qaeda. It has deployed over 140,000 military personnel along the Afghan border. Since 9/11, when Pakistan’s former President and Chief of Army Staff (COAS), Pervez Musharaf announced the state’s participation in eradicating extremism, 35,000 Pakistanis civilians and soldiers have lost their lives.

Domestic circumstances have made the Pakistan a boiling cauldron. Criticism of the government’s handling of Bin Laden and of domestic security crises is widespread in Pakistan. The central government’s head-in-the-sand stance has only established more suspicion and mayhem – certain to be seen in the critical time ahead.

The Pakistani government’s inability to supply basic services, its poor response to recent flood crises and its recent changes in tax policy has raised the threat of a military coup. President Asif Ali Zardari, widower of twice Prime Minister Benazir Bhutto, was already known for his venal corruption, and once again looks exposed. On 27th May, Altaf Hussain, the leader of the Urdu speaking political party Muttahida Quami Movement (MQM) said the country is passing through the most critical juncture in its history and that all major political elements had failed to address the nation regarding the true affairs of the state.

The army, by contrast, enjoys considerable backing by the general public. It is also a compelling authority influencing government decisions. While domestic clamour to hold the Pakistani politicians accountable often surfaces, the army’s elite officers have never been brought to face charges for their actions. Despite political instability, the Chief of Army Staff (COAS), General Kayani, so far, continues on to support the government of President Zardari.

Unless there is a military takeover, political uncertainty is likely to manifest itself across Pakistan. Target killings, protests and suicide bombings will sporadically occur in Karachi, Lahore and Quetta.

On 31st May, the extra-judicial killing of senior journalist, Saleem Shehzad, sparked yet another violent scenario. His comprehensive, blunt and in-depth reporting on the activities of the Taliban, Inter-Services Intelligence (ISI) and Tehreek-e-Taliban Pakistan (TTP) had earned him the ire of these parties. It remains unknown as to who killed Shehzad. It is widely speculated that the journalist was tortured by the Inter-Services Intelligence, which promptly issued a statement denying all charges, and adding that Shehzad may have been killed by militant groups. (Asia Times Online, June 5)

In the coming months, we can expect to see Taliban groups and the TTP conducting more attacks on the armed forces, the civilian population and minority mosques.  Public and political opposition to the central government will increase, manifesting in target killings in cities like Karachi and in smaller towns throughout Pakistan. Sectarian and ethnic terrorist groups will also focus on exploiting the government’s impotence and fragility, carrying out their contemporary campaign of attacks – targeting army patrols and religious minorities especially in the tribal areas of the Northwest Frontier Provinces.