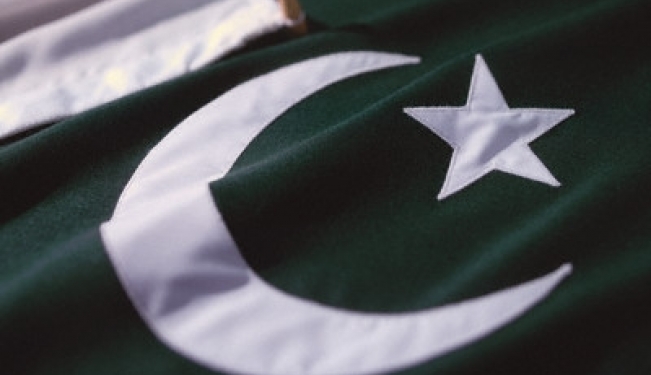 Franz Stefan Gady argues that while lying is often a necessary strategy in politics, it can often cause more harm than good. While it is a tactic which may have worked for Pakistan in the short term, it is more likely to harm rather than help in the long run.

“There may be honor among thieves, but there is none among politicians!’ a disgusted Peter O’Toole, blurts to Claude Rains in the 1960 motion picture Lawrence of Arabia, upon discovering the terms of the secret Sykes-Picot agreement between Great Britain and France. This agreement outlines a plan for carving up the Ottoman empire rather than handing parts of it, as promised, over to the Arabs.

While everyone can share T. E. Lawrence’s sentiment on a personal level, lying seems to be a permanent feature of international diplomacy. “An ambassador is an honest man sent to lie abroad for the good of his country,” Sir Henry Wotton wrote in the 17th century. Perhaps that was the reason  most states’ reactions to the revelation of the whereabouts of Osama Bin Laden and Pakistan’s silent complacency was more subdued than one would expect, especially in the US. People and states expect to be lied to when it comes to foreign policy; it is accepted behavior in international politics.

In the particular case of Pakistan, policy makers have grown especially complacent to the duplicity of a regime that fights and dualistically supports terrorist activities. The Pakistani Army, to paraphrase Bruce Riedel, is both at war and in bed with Al Qaeda. Pakistani President Asif Ali Zardari’s OP–ED piece in the Washington Post entitled “Pakistan Did Its Part” summarizes Pakistan’s official public stance; whereas, it was recently revealed that President Obama authorized the U. S.  Navy Seals to use deadly force against the Pakistani troops should they interfere in the mission to eliminate Osama Bin Laden. These can hardly be considered the signs of a stable partnership.

As John Mearsheimer wrote in January 2011 in a little known book titled Why Do Leaders Lie: The Truth about International Politics, leaders tell strategic lies “for the purpose of helping their country survive in the rough and tumble of inter-state relations.” Analyzing Pakistan’s delicate geostrategic role −  with a conservative, Punjabi-dominated military, a cauldron of ethnic unrest, growing Islamic extremism, threats by a superior conventional adversary and pressure by a superpower to shift its strategic focus −   it is easy to understand why Pakistan’s leaders see the necessity to play a double game.

But lying, according to Mearsheimer’s research, is the exception in interstate relations. He argues that it is much more common for states to lie to their own people and often, he argues, for good strategic reasons. Just think of the Kennedy Administration during the Cuban Missile crisis, denying a deal had been cut between the Soviet Union and the US about withdrawing Jupiter missiles from Turkey. Had the deal become public, public outcry might have necessitated the US to renounce it with possible disastrous consequences.

Mearsheimer’s basic premise is that inter-state lying, unlike leaders lying to their own people, is rare mostly because “it is difficult to bamboozle another country’s leader. The costs of lying,” he continues, “often outweigh the benefits.” One reason is that systematic lying to an ally deemed essential to a nation-state’s survival is rare because, unlike individuals, states have a whole arsenal of experts (e.g., spies and diplomats) readily available to verify statements deemed to be untrue, making lying more difficult. Conversely and more importantly, lying among allies especially is rare since it breeds a climate of mistrust from which a relationship might seldom fully recover, threatening the national security of the state if it gets abandoned by its ally.

What does this tell us about the mindset of Pakistan’s leaders? In short, they do not see the US as essential to the survival of the Pakistani state. This is in part the US’ fault. The US sooner or later will leave Afghanistan. When it does, it will diminish economic and military aid to Pakistan. The shock of the Pressler Amendment—US sanctions imposed on Pakistan and quasi abandonment of the country after the Soviet withdrawal in the 1990s—still sits deep in Pakistan’s consciousness. If the US pulls out, Pakistan will have to look for other sources to counter the perceived threat of India. At the same time, Pakistan knows that the US and the West think the state is too big to fail (what exactly does this mean?), and that complete abandonment, at least in the short term, is infeasible.

Nathaniel Hawthorne writes, “No man, for any considerable period, can wear one face to himself and another to the multitude without finally getting bewildered as to which may be true.” While Pakistan’s leaders may know the true face of its policy, international relations are as much about perceptions as about reality. The current perception of Pakistan is of a multifaceted, deeply torn and distrustful state, whose very survival appears to be guaranteed not by its civil institutions, but rather by its all-important armed forces, which are slowly being undermined by Islamic radical ideas.

Pakistan’s leaders will have to realize that trying to play a double game may be beneficial in the short term, but it will certainly backfire in the long run. As Claude Raines, playing a dubious diplomat in Lawrence of Arabia, states, “A man who tells lies, like me, merely hides the truth. But a man who tells half-lies has forgotten where he put it.” the British and French had to learn this the hard way in the years following the First World War. The future may hold the same lesson for Pakistan.

Franz-Stefan Gady is an associate at the EastWest Institute.