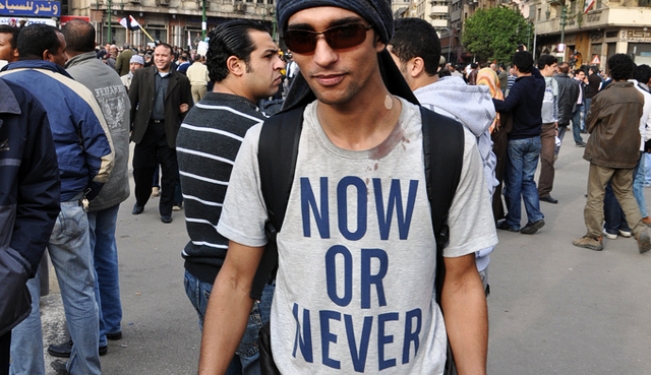 “When you give everyone a voice and give people power, the system usually ends up in a really good place.”
Mark Zuckerburg

Rise like Lions after slumber
In unvanquishable number –
Shake your chains to earth like dew
Which in sleep had fallen on you –
Ye are many – they are few.
The Mask of Anarchy, Percy Bysshe Shelley

The dwindling number of reigning monocrats and monarchs in the Middle East sleep uneasily—if at all—these days and nights. The firestorm sparked by the self-immolation of frustrated and dehumanized fruit- sellerMohammed Bouazizi in Tunisia continues to fan across the region threatening to ignite even more disaffected masses opting for freedom, jobs, and substantive regime change.  In a recent Time post, Fareed Zakaria smelled the smoke of 1848 when autocratic Europe was briefly set aflame in the wake of recession and rising food prices.  Similar conditions are sparking unrest across the Middle East today and, as Zakaria points out, are compounded by a “massive youth bulge”.

These multinational cohorts of young people under the age of 30 are about 60% of the population of the affected region according to Zakaria.  They are united in their aspirations for a better life and, most emphatically and crucially, the means and spirited zeal to share their frustrations in the emergent cyber community in real time.

The “Facebook Revolution” of 2011 is the first successful transnational political movement in human history largely facilitated by the digitalization and wireless dissemination of desire, fire, and ire; it seems Revolution can be crowd sourced. Though Malcolm Gladwell and others demur, the people bruiting rage and reform, organizing demonstrations, and manning battlements from Tunis to Tahrir, Manama to Sana’a, Teheran to Tripoli, concur by text. Dictators’ goons can easily pacify a small band of noisy protesters.  But FBR 2011 has powerfully demonstrated that a networked community, strategically informed and tactically located, can outnumber, out-resource, and outlast the hired guardians of despotic power.

Of course, this is not possible if you have the misfortune to live under a regime where repression has been institutionalized in a stratified or intentionally chaotic complex of dictatorial authority.  Scores were slaughtered in Libya by imported mercenaries as the trippy turgid tyrant and his kleptocratic brood murderously clung to their booty. Ahmadinejad, the military, theocrats, and various paramilitary and clandestine forces in Iran conspire to squelch opposition, most effectively through the zealously violent and motorized Basiji.  An Internet invitation to gather in major cities in China to murmur the refrains of the Jasmine Revolution resulted in an immediate and vigorous show of official force.  About a hundred of the usual suspects were rounded up, including a few mildly vocal or confused bystanders in front of McDonalds and Starbucks, the ostensible salons of the fifth column.

So how would aliens view this scurry of activity on Google Earth? Ever since German heavyweight, Immanuel Kant, predicted several paradigm shifts ago that republican governments would eventually dominate the planet, there has been an expectation in the West (though it has a checkered record) of the eventual prevalence of representative democracies.  When Kant made his “philosophical” speculation in the late 18th century there were two democracies in the world; today there are 120 or so.  According to Freedom House, liberal democracies that secure a high degree of freedom, human rights, and the rule of law now account for about 35-40 % of the world’s population.  Do the recent Days of Rage across the Magreb represent a significant Eastern advancement of the inexorable progress towards global freedom, if not towards Fukuyama’s terminal democracies of history?

If, as Kant suggests in his Perpetual Peace, “Modesty forbids us to speak of providence as something we can recognize,” then we are unlikely to agree, for the moment, upon the objective historical significance of this most recent bout of democratic fever.  But it seems more likely that most observers will concede the vital importance of the profusion of freely exchanged information that empowered bona fide, grass roots people’s revolutions affecting at least the conditions necessary for, if not the factual advent of liberalization and regime transformation.  The oppressors again knocked upon the barracks door, but the people pinged a coordinated response and texted their plight and pleas to the community of all.

Might the barely pubescent daydream of a self-absorbed computer geek have spawned the most formidable engine of human transformation? Although the incidental seditionist is perhaps more concerned with banner advertising and click through rates, Zuckerburg facilitates the Movement. Let injustice be observed and shared, and let the People’s indignation be posted and translated into action.  If fellow traveler and sometime Byronic hero, Julian Assange, can parry the Swedish judiciary and American extradition, the envelope is sure to be pushed even further. “The aim of WikiLeaks is to achieve just reform around the world and to do it through the mechanism of transparency.”  Regardless of whether Assange rises or falls with his creepy charisma and mercurial behavior, his anarchic creation will be exponentially mimicked as a template of “scientific journalism” or even of random dissemination. Kant’s seminal peek into “Nature’s secret design” is now radicalized.  The flight of the owl of Minerva might only occur at dusk, but the Revolution is tweeted the next dawn. 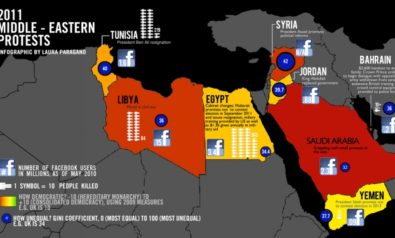 Revolutions of the mind 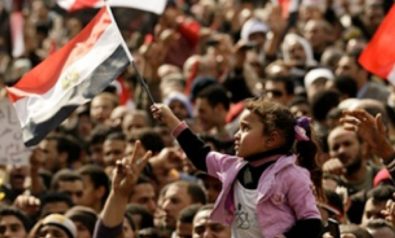 Whither the Middle East?

Timisoara Syndrome” Revisited: the Libyan Revolution and its Global Implications