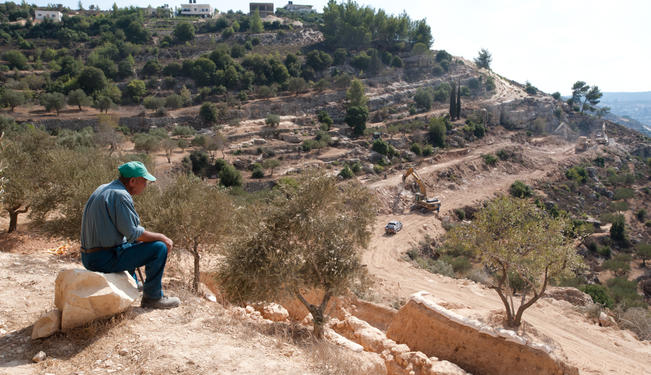 An orthodox American-Persian Jew discovers that the road to peace is paved with rice and opera. This is the last of a two part series. Read part one here.

From the old city’s Damascus gate, Eitan, Samuel, a Dutch anthropology student and I tread through the strange faces and smells of a Ramadan bazaar until we reach what seems to be an East Jerusalem bus station.

“What kind of passport do you have?” Samuel asks, as it dawns on me that if not for the last name, in his jeans, plaid button down and sleek glasses, I would have mistaken my first Arab-Israeli friend for a hirsute Jew — perhaps a Yeminite, Iraqi, or even a Persian member of the tribe like myself.

“None. Just my American driver’s license,” I explain while fumbling through my overstuffed wallet to prove it.

“Where is your passport?”

“In my suitcase in Efrat.”

“Efrat.” He pauses to make sure I feel his dusky eyes on me. “Like the settlement?” he inquires while sneaky beads of sweat make their way down his caterpillar eyebrows.

It turns out that Eitan only has his newly acquired Israeli identification card on hand and the meal lies in an alphabetical area of northern Judea and Samaria (either A, B, or C ) — illegal for an Israeli to set foot in.

“Why in the world would you make aliya [move to Israel], man?” Samuel probes Eitan in a voice on the border of sardonic and serious.

To beat the checkpoints we devise two schemes:

Simple? No. Safe? Far from it.

Nonetheless, it was my last week in Israel and curiosity would not allow for my parting sans a peak at the other side. I spent my entire year studying in a Gush Etzion Jewish settlement, yet I knew next to nothing about my neighbors. A gust of remorse or fear of missing out rushed over me for not having looked into this earlier.

From Hummus to Habibti

Now at the meal, a chortling note or two slipped out as I imagine the color my parents’ faces would turn upon hearing that their only daughter is in a quaint village just outside Ramallah. After mixing and mingling for quite some time, we begin a circle of introductions.

First, an Italian-Palestinian participant tells how he actually met his fiancée through YaLa, and thanks to Israel’s strict marriage regulations for Arab-Israelis and Palestinians — a response to a dangerous phenomenon in the late intifada — he and his fiancée plan on calling America their new home. The man then sings a rendition of Pete Seeger's We Shall Overcome, a civil rights anthem, followed by an unidentifiable Italian opera number.

The singing did not stop there.

“It’s actually my birthday,” our host discloses with an audible smile.

“Happy Birthday to…” we sing in unison, then in Arabic too.

“Yom huledet Sameach. Yom hule…” Eitan and I started singing the Hebrew version only to be shushed for fear of inciting unsuspecting neighbors.

Fragrant tea is served and, accordingly, Eitan and I pull our plastic chairs closer to those around us. Mani, a Palestinian working in a Hebron bank, is a dark man in his late twenties who carries a sweet gentleness belied by a pugnacious appearance. He breaks into a story.

“I was in Israel once and officers asked for my documentation,” he says with gesticulations reminiscent of a Talmud student.

“I told them I didn’t have a permit. ‘When do you get a permit?’ I asked the soldiers. ‘Only when you’re sick or working, but not for enjoying yourself. I don’t need a permit to party!' They laughed and let me go.”

Meanwhile, another touching Israeli-Palestinian story was transpiring in a chair near me, between Eitan and the man to his left.

“I am also programmer but I like to call myself a hacker,” says Sebastian. A Ramallah resident and computer science student, Sebastian, is barely 20-years-old like Eitan. “I got arrested three times by the PLO.”

I listen as Eitan, Sebastian and Mani prattle in a very foreign language — computers. Nonetheless, I do manage to catch a snippet between Javascripts.

“I once took down the Neturei Karta website, those extreme Jews who meet up with Ahmadinejad,” Eitan boasts as he collects a round of high fives from the men.

Here on the other side of the wall, in a village where stone throwing is a rite of passage and children play “Arab and Army,” Eitan found his alter-ego. He met a guy just like himself, instead of a national, political or religious figurehead on the media. He successfully began to see the "other" as the "self."

Over one meal we broke bread and taboos; we created innovative solutions to seemingly invariable problems; and we managed to reduce toxic gaps between two sides (I strategically broke a few Torah commandments too).

Can we bring this individual amiability to the masses? If Arabic speakers and Hebrew speakers can share a laugh; if we use the same computers; if we all like to party; if we all just want to be with the ones we love, why can’t we all just get along?

Headlines of stealthy prisoner swaps, bellicose rhetoric, and settlement building do not imbue hope for peace; rather, individual interactions like this one humanize the "other," transforming an objectified relationship of an “I” into that of a personal “You” and pave the path to long lasting changes on top.

After all, the recent agreement to resume peace talks is partly due to John Kerry’s very own face-to-face intercession. If there is hope for peace in the days to come, it will lie in some power, or some people, who overcome negative assessments, and surpass the perilous polarity plaguing our countries.

Flailing his hands inward as a signal to encircle him, Mani tells us he has “a monumental idea.”

“Are you ready?” I give him a thumbs up, topped by a wink.

“Why don’t you guys hack every media outlet… for peace?!”

Eitan, Sebastian and a few others share a skeptical glance then a roaring laugh.

We have seen so many use this power on the dark side; why not bring it over to the good?

I put out my hand reflexively, not to shake his but to clap as if to assure Mani that his proposal is neither naive nor inane.

In the corner, I spot a strange head covering, the last I would expect here: a yarmulke.

This Gush Etzion resident ends up driving Eitan and I right up to my friends’ home in Efrat, dropping off Samuel in Jerusalem on the way. With our driver’s white beard and that knitted circle on his head, the checkpoint is no problem. 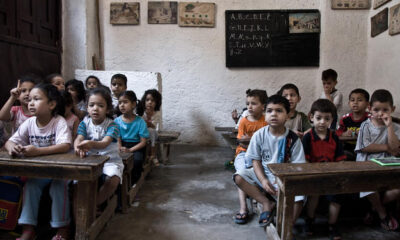 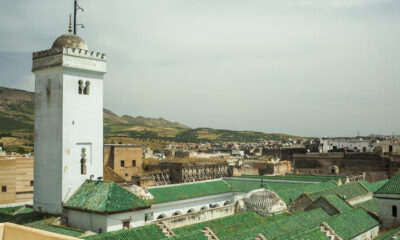