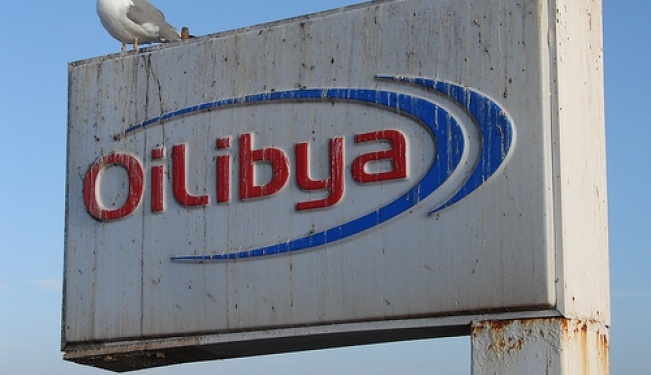 After the fall of Colonel Gaddafi, Libya’s political future is anything but certain.

The Particularity of the Libyan Revolution

The success of their Tunisian and Egyptian neighbors in their peaceful revolutions encouraged the Libyan people to end the dictatorship of Colonel Muammar Gaddafi, who kept his country underdeveloped and deprived of its natural resource wealth for 42 years. A retrospective approach of the situation in Libya can explain the current problems facing the political transition and the particularity of the Libyan revolution compared to Tunisia, Egypt, and the other Arab nations.

Despite its large natural resources, Libya failed to offer its people sufficient education, job opportunities, and other basic services such as adequate health care and infrastructure, even if this was not reflected in its high GDP per capita in comparison to the other North Africa countries. Nevertheless, billions of dollars were spent by the old regime in order to support terrorist groups throughout the world. In addition, Colonel Gaddafi and his family or tribe members restricted political activities, and his opponents were aggressively excluded.

Consequently, Libyans had two alternatives: either to stay in their depressing country or to leave it to pursue greater educational and economic opportunities elsewhere. The practices of the regime resulted in local radicalism and pushed intellectuals to go abroad.

In fact, the situation in Libya was incomparable, largely due to Colonel Gaddafi’s extreme nature. The military system has been mostly based on the People's Militia. Gaddafi armed his people from the start of his governance. The Green Book, which is the document setting out Gaddafi‘s political philosophy, states that all classes of people must be trained in arms, which may explain the resort of rebels to military revolution. In fact, weapons were available with easy access. In contrast, the armed forces in Tunisia and in Egypt were well organized, neutral, and played a positive role in both revolutions.

The rigidity and the oddity of the Gaddafi’s regime caused casualties totaling approximately 20,000, a large amount given the relatively small population of less than 7 million. In comparison, Egypt, a country with a population of approximately 83 million, suffered less than 1,000 deaths in its revolution.

Nonetheless, the NATO (North Atlantic Treaty Organization) air strikes amplified the casualties. Thus, the military intervention of the West air forces led by France in Libya represents another particularity of the Libyan case. We have not seen any foreign interference in the other Arab revolutions. Many observers explained the western involvement in Libya and concluded that it is due to the strategic importance of this country in terms of energy and thus strongly criticized NATO’s humanitarian pretext.

There are many incentives for France and NATO’s member countries to establish a new regime in Libya, a country that possesses 3.5% of the world oil reserves, the largest in Africa.  Moreover, Libyan oil is considered to be high-quality, is less costly because it is easy to extract, and can be imported by Europe much faster because it is much closer to Europe, as compared to other oil-producing nations such as Nigeria.

In fact, France appeared to be the most motivated by the regime change, which ispotentially explained by its ties to Libya’s oil. France imported 10% of Libyan exports of oil, behind Italy, which was the largest importer with a share of 35%.  However, given that the French Oil Company Total had extracted only 2% of the oil produced in Libya, it is likely that France was looking to acquire more contracts in a region that had been relatively untapped.

When the rebels declared the establishment of the National Transitional Council (NTC) on February 27th, France quickly recognized it on March 10th as the only legitimate representative of the Libyan people. NATO supported the NTC in several ways. NATO’s air forces bombed Tripoli to weaken Gaddafi’s troops, and France proceeded to provide the Libyan rebels with forty tons of arms on June 29. In parallel, 100 million US dollars were transferred to the NTC.  This support came from the financial accounts of the Gaddafi regime, which were blocked in Western banks and then grouped in a special fund dedicated to supporting the Libyan people.

In return, the NTC had agreed to a secret arrangement with France that promised the fulfillment of 35% of new oil contracts, even though both parties officially denied this. Nonetheless, France’s compensation is certain, given that the NTC members promised the priority of oil contracts and reconstruction projects for the countries that assisted them. Perhaps most surprising is the success of the Russian company Gazprom in securing its share of the total. In mid-September, ENI confirmed the sale of 50% of its shares to Gazprom; even though Russia recognized the NTC quite late, it will benefit from the transition.

Since the beginning of the protests in Benghazi in February, the NTC has managed to control the totality of Libyan territory. After the death of Colonel Gaddafi on October 20th, the concerns are now about the increasing risk of conflict between the different political groups, specifically between conservative Islamic and secular liberalist divisions.

Potential Conflict Among the Rebels

After the end of Gaddafi's regime, the unity and harmony among the rebels has become fragile due to the emergence of two dissimilar political orientations. In fact, the strong presence of Islamists in the anti-Gaddafi forces and leaders pushes the liberalists in the NTC to cling to the secularist character of the future Libyan state. Mahmoud Jibril, the Prime Minister and the vice chairman of the NTC, has declaredthat “there is no place for an Islamic state in Libya.’’ Jibril was then deeply criticized by the Islamists for his attitude.

The problems started in September, when Ali Sallabi, an Islamist leader living in Qatar, condemned Mahmoud Jibril for leading a group of “extreme secularists”, to create a new authoritarian stateand another era of dictatorship. However, hundreds of people have protested in Tripoli against Sallabi’s position in support of Prime Minister Mahmoud Jibril, which confirms that a share of the general public possesses a more liberalist view.

On the other hand, Abdel-Hakim Belhaj, the commander of anti-Gaddafi forces in Tripoli, represents the Islamic contingency in Libya. Despite hisclose relationships with al-Qaeda and Taliban leaders, Belhaj has shown a lot of moderation and tolerance. He declared that the Islamists would accept any political leader who will achieve the revolutionary objectives. He added that the Islamists in Libya do not represent any threat for Libya or for the West.

Finally, Mustapaha Abdel Jalil, the president of the NTC, is against any ideological trend from the right or the left. He is a nationalist who tries to maintain the equilibrium between the two political extremities." We take the Islamic religion as the core of our new government. The constitution will be based on our Islamic religion,”he declared on October 23. He added that all extremist ideologies will be rejected in the new Libya. Therefore, the key figures mentioned will shape the coming political landscape in the next months. The expected event is the formation of a new interim government, after the total liberation of the country.

The nomination of new ministers for the temporary government will be a complicated task, because it is difficult to assess the legitimacy of different regions, tribes, and ideologies. The NTC leaders are aware of these issues and are trying to avoid internal conflicts at this sensitive phase.Mahmoud Jebril declared that he will not be one of the interim government members, which has reduced the tensions with the Islamists. The declaration of Mr. Jebril leads us to focus once again on the possible upcoming developments of the transition.

The CA will form a committee to draft a new constitution for Libya, which will then be presented to the Libyan people to vote on in a referendum. One year after the adoption of the new constitution, the presidential and legislative elections will be organized, approximately 20 months from now.

This process is similar to the political transition adopted in Tunisia, in which the elections of a National Constituent Assembly (NCA) were organized on October 23. The Tunisians chose to break with the past, instead of rectifying the old political system through the NCA; the body’s lawmakers will draft a new constitution. In Egypt, the process is different, as the revolution there has granted the power to the military council, which will be in charge of its transitional phase.

The Tunisian model seems to be the closest to the ongoing Libyan process, while the challenge for stability in Libya is how to reorganize the fighters from small groups to national and unified security and military forces.