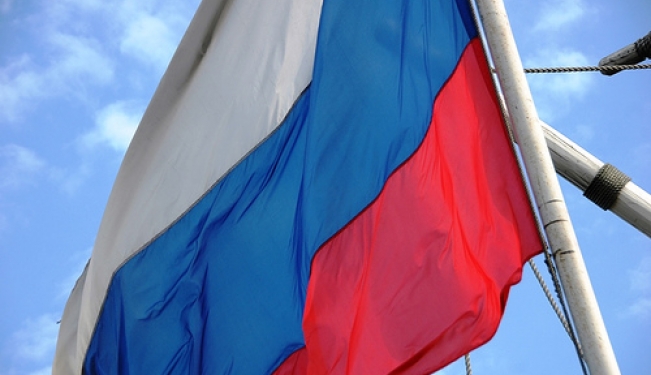 Strategic armaments appear to be the most delicate issue in NATO-Russia relations. A critical rift ossified during the April 2011 Berlin NRC (NATO-Russia Council) Foreign Ministers’ meeting regarding Theatre Missile Defense (TMD). As stated in the 2010 Strategic Concept, NATO seeks cooperation on missile defense with Russia and other Euro-Atlantic partners. Under President George W. Bush the United States planned to place several ground-based interceptors in Poland and an advanced radar system in the Czech Republic, a move that was heavily opposed by the Russians. As a consequence of the "reset" of relations, President Obama decided to explore the possibility of creating a European Missile Defense System that included the participation of Russia. This plan would include interceptors in Romania and Poland, a radar system in Turkey and a central reliance on Ballistic Missile Defense capable Aegis-class ships equipped with SM-3 Block IA interceptors. The European Missile Defense System could protect against a ballistic missile coming from a rogue state such as Iran or North Korea and be of great use to both NATO members and Russia. Currently Russia is pushing for a unified, jointly controlled missile shield whereas NATO wants two missile systems that would work together and share information. "From the NATO side, our position is very clear: we are thinking about two separate systems, a NATO system and a Russian system, but with a common objective" US Secretary of State Hillary Clinton noted in this respect.

The impasse between these two different positions was demonstrated last June when NRC's Defense Ministers met. “While I had hoped we would be ready to move ahead on this subject in the NATO-Russia Council, it is clear that we will need more time" noted former Secretary of Defense Robert Gates at the conclusion of a bilateral meeting with his Russian counterpart Anatoliy Serdyukov. More recently, on the occasion of the Sochi Summit in July, Medvedev asked NATO for a formal guarantee that the TMD would not neutralize Russia’s nuclear deterrent. Anders Rasmussen replied that a legal guarantee would not be necessary, since the 1997 Founding Act already included a non-aggression obligation.

Russia is also at odds with the US Department of Defense "Phased Adaptive Approach" (PAA) in developing the European Missile Defense Shield. This consists of a flexible missile defense system structured to respond to current threats, but which can also incorporate relevant technologies quickly and cost-effectively in order to respond to new threats. The PAA will be implemented in four phases, the details or timing of which can be adapted to advances in technology or future changes in the threats. The Kremlin is made uneasy by the anticipated appearance of American missile interceptors near Russia's borders to take place during phases 2-4, which it says would hamper the capacity of Russian intercontinental missiles.

Tensions on this issue became acute in early May when Romania announced that it had finalized the agreement with the United States to deploy a missile interceptor system at a disused Soviet airbase on its territory. "We have seen once again that the United States plans to unfold its system de facto without waiting for the end of [missile defense] talks with Russia, as the situation with the treaty with Romania shows," Dmitry Rogozin, Russian Ambassador to NATO told journalists after an ambassadorial-level NRC meeting on May 5th.

The US representatives insist that the PAA would not be a threat to Russia because, as the TMD system would be located near the border, it would not be able to intercept Russia’s intercontinental ballistic missiles. "The system that is being deployed by the United States as a contribution to the architecture that NATO will build is not capable of threatening Russia, not aimed at Russia, not in any way destabilizing the secure strategic balance that the United States has with Russia" Robert Bell, US Secretary of Defense Representative to Europe said in a meeting with the European Parliament last November. Nonetheless in a statement to the press in June, Rogozin made clear that "Russia always has and will continue to maintain its national security, and that includes with the assistance of new weapons." He noted that if NATO wants to reduce tensions with Russia, it should cancel the PAA. "We have always criticized these plans as deeply anti-Russian,"he said. More recently, on the occasion of the Sochi Summit, Rogozin indicated to a Moscow newspaper that NATO’s disregard for Russia’s requests regarding the TMD could lead to a Russian withdrawal from the 2010 New Strategic Arms Reduction Treaty and to a deployment of Russian missiles closer to NATO borders.

Of course, the essential aspect underlined by such hostile statements is that the Russian military elites (and most citizens for that matter) still view NATO as an instrumentality of the US and ultimately an enemy. Moreover, Russian apprehension over a possible NATO membership of Georgia and Ukraine is still very relevant. In fact, the 2010 Russian Military Doctrine lists NATO expansion on its borders as one of the most important external threats to Russian security. Mistrust is also clearly present on the US side, and was most recently manifested when a group of 39 Republican senators sent a letter to President Obama in April warning that relaxation on the TMD could compromise national security and urging the administration not to share information about missile interceptors with Moscow.

Progress on Some Common Initiatives

Notwithstanding the tensions arising from the different plans on how to implement a TMD system one would err in concluding that there have not been at least some steps forward in the NATO-Russia dialogue in recent months.

So far Russia has indirectly taken advantage of the war in Afghanistan as a buffer against the growth of extremist movements near its borders. When the ISAF forces will eventually leave Afghanistan, Russia will have to make sure that the country and the surrounding region remain stable. A politically troubled area near Russia’s borders would constitute a breeding ground for Islamic fundamentalist movements and would aggravate the already delicate situation in Chechnya for example. Instability would also lead to more problems involving regional drug trafficking and organized crime that would directly affect Russia.

In this context, as part of an ongoing process to cooperate in the fight against terrorism, in April the NRC Foreign Ministers approved an updated Action Plan on Terrorism that expands the scope of cooperation drawing on the “NRC Joint Review of 21st Century Common Security Challenges” endorsed in Lisbon.

NATO and Russia have also increased collaboration regarding the transit of NATO's ISAF forces fighting in Afghanistan. Indeed today over 20% of American cargo flies over Russia (up from 5% two years ago) as well as half of America's troops. This has been very important for NATO's mission since Pakistan is no longer considered as a viable transit country. The Kremlin knows that by allowing NATO forces to pass through its territory it will earn NATO's willingness to appease Russian foreign policy. Nonetheless, the Russians are careful with collaborating too openly with an organization they don't trust. They are worried that NATO’s presence in Afghanistan will lead to the long term spread of its influence in Central Asia. In order to counter such expansion, they have pushed for the closing of American military bases in Central Asian states such as the one established in Manas, Kyrgyzstan. Nonetheless, current plans are in place to use Russian territory for the withdrawal of ISAF forces from Afghanistan, the execution of which will obviously depend on how NATO-Russia relations develop in the upcoming months.

The NRC Helicopter Maintenance Trust Fund is another example of a Lisbon initiative that has taken concrete form in recent months. This trust fund is under the overall supervision of the NRC Preparatory Committee. Germany acts as Lead Nation and NATO Maintenance and Supply Agency (NAMSA), as Executing Agent. The Fund was launched in March to provide maintenance and repair capacity to the Afghan Air Force. Its establishment is essential for the expansion of such an Air Force that is fundamental in operating over remote areas of the country. So far, the Fund has received financial contributions from Russia, Denmark, Luxembourg and Turkey. “This is tangible proof that working together brings real security benefits” noted NATO Secretary General Rasmussen at the April NRC Foreign Ministers’ meeting in Berlin.

The NRC’s Cooperative Airspace Initiative has also shown some tangible results in recent months. As mentioned this is one of the first projects that was launched by the NRC and it is aimed at fighting terrorist attacks by sharing information on movements in NATO and Russian airspace, and by coordinating interceptions of hijacked aircrafts. On June 7th NATO’s and Russian fighter jets took part in their first-ever joint exercise called "Vigilant Skies 2011". It simulated the response to the hijacking of a commercial passenger plane and included sharing information on movements in the respective airspaces and coordinating interceptions of renegade aircraft.

A Russian submarine also took part in NATO's "Bold Monarch 2011". This exercise took place off the cost of Southern Spain in May-June and included the participation of 20 nations. It simulated the multinational rescue of a bottomed submarine crew, and is part of a series of exercises that were developed following the loss of the Russian nuclear submarine Kursk in 2000. Several submarines were bottomed in chosen locations and a range of rescue forces from Russia, the United States, France, Sweden, Italy, Norway and the United Kingdom simulated the rescue of their crews.

The third part of this article will examine what has been Russia's position towards the NATO intervention in Libya and what the future perspectives of collaboration are.