Egypt investigates a military error after killing 12 tourists, but with little accountability, those responsible are unlikely to face prosecution.

It wasn’t an apology that Egyptian Foreign Minister Sameh Shoukry offered during a joint press conference in Cairo with his Mexican counterpart, Claudia Ruiz Massieu, so much as a mechanical reading of a press statement, punctuated with the notorious “end of text” that went viral on social media. Although the Egyptian government expressed its regret to the families of 12 tourists killed by mistake on September 13, significant gestures to translate that regret into tangible and meaningful action was greatly lacking.

In fact, the government went as far as to place a gag order on stories about the tragedy—it is questionable whether or not this mistake would have made headlines if it wasn’t for the very public reaction of the Mexican government—further compounding frustration of those involved and affected.

This incident is undoubtedly another major setback for Egypt’s tourism sector, which has been brought to its knees following four years of widespread political unrest and sporadic acts of violence. In the last five years, the number of tourists visiting Egypt annually has dropped from 14.5 million to just over half a million, crushing revenues and leaving most of the country’s workforce employed in the sector without stable income.

Egypt cannot afford to win the battle against terrorism and lose the war for stability and prosperity. While the military needs to push terrorists back outside its borders and combat those who are homegrown, it cannot do so in a way that perpetuates economic slowdown and international criticism.

To kill innocent people who contribute to Egypt’s economy and are ambassadors for the country’s reputation abroad is sending a message of fear to all tourists who want to enjoy the treasures it has to offer.

The measures for damage control are within reach. As a first and crucial step, Egypt needs to publicly hold those responsible for the blunder to account. This will show that while an error was made, the government is serious about ensuring it is not repeated. It will also send a message to the world that the military does not have a free hand.

In the long-term, Egypt needs to have measures in place, especially for the military, that ensure discipline, accountability and precision. While the army reserves the right to protect the country, it cannot be in a position to be shooting first and asking questions later.

In the same way that laws were amended overnight following the assassination of Hisham Barakat, the state attorney, to ensure that civilian bodies are aligned with the military and the fight against terrorism, military codes must be adjusted to ensure that soldiers operate within a rigid framework, and that there is a clear protocol to determine who is a target.

What happened may have been a human error, but its impact will resonate among tourists, investors and, most importantly, Egypt’s own people for years to come.

If Egypt fails to take serious measures to protect civilians, especially from those who are tasked with protecting them, then it has much more at stake in the long-term than the fight against terrorism. 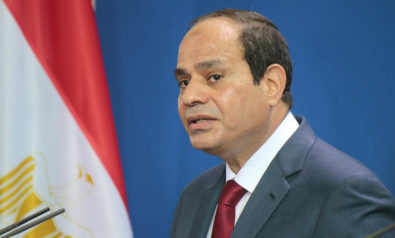