Will Kobani serve as a model for cooperation in the fight against the Islamic State?

The Islamic State (IS) has suffered a setback at the Syrian-Turkish border city of Kobani. This much-heralded event was important for a reason that has potential ramifications for the civil war and the future stability of Syria: Arab-majority armed, moderate opposition groups and Kurdish militias under the People’s Protection Units (YPG) willingly entered a joint operations room to coordinate the city’s defense. By standing and fighting against IS, the joint Kurdish-Arab effort in Kobani demonstrated that a multi-ethnic armed opposition coalition could function and succeed in the test of battle.

Building pan-ethnic cooperation as part of a pluralistic political program should be a core element of the US-led train-and-equip program for Syrian rebels. But so far, the most effective anti-IS force, the YPG, has not been included, and its forces are euphemistically referred to as “anti-ISIL forces” by the coalition. There is a reason for this: The YPG is linked to the most powerful Syrian Kurdish political faction, the Democratic Union Party (PYD), which is closely associated with the Kurdistan Workers’ Party (PKK).

Encouragingly, several Arab brigades associated with the mainstream moderate opposition coalition under the umbrella of the Free Syrian Army (FSA) participated in this joint operation with their Kurdish peers. Working together, their “Euphrates Volcano” campaign against the IS-held cities of Tal Abyad and Jarabulus is threatening the Islamic State’s grip on vital Syrian-Turkish border areas in its capital province of Raqqa. Until the coalition has established actionable lines of influence into IS-held territory, it is likely that the most immediate and effective method of limiting the spread of IS and confronting it head-on is by operating on the margins of its territory in eastern and northern Syria, which is exactly what the Euphrates Volcano campaign is doing.

Speaking to this development, the PYD’s leader, Salih Muslim, stated to one of these authors in a March 11 interview at the Sulaimani Forum in the Kurdish region of Iraq that: “If they [the US] accept it, we will do it. Our people have more experience than those they will train [FSA forces]. But there should be coordination even for the training. If the US supports this, it could be a model for a future Syria.”

Turkey, a key US ally in the anti-IS campaign, will also be critical to any expansion of a joint Kurdish-Arab armed opposition campaign against the Islamic State. The brutal history of conflict between the Turkish government and the PKK, and Washington’s designation of the group as a terrorist organization, might seem to place a severe limit on the extent of future cooperation between US-trained-and-equipped Syrian Arab rebels and the YPG. Turkey’s early and sustained influence over the Syrian armed opposition movement, including the hosting of some Arab rebel leaders who are cooperating with Kurdish militias, could also potentially limit the further development of a Kurdish-Arab joint operations room against IS.

There are signs, however, that a pragmatic Turkish approach to Syria’s Kurds may be emerging. There has been continuous — although at times contentious — engagement between Turkish officials and the PYD, including with Salih Muslim. The ongoing PKK-Turkish peace negotiations and political pressure from Turkey’s Kurdish-majority political parties also adds impetus for Ankara to tolerate the existence of the YPG and incorporate it in the anti-IS campaign. Turkey’s ability to work with the YPG was shown in the recent auxiliary role that Kurdish militias played in assisting Turkish troops to secure the body of Suleiman Shah and relocate it to Kurdish-held areas of Syria. Further, in October 2014, the Turks proposed a no-fly zone and safe-haven in northern Syria, but so far this plan has not been implemented. Building on the cooperation between the YPG and the FSA, Turkey could use this to create a safe buffer zone between Turkey and Syria. Initially, Turkey strongly opposed Iraqi Kurdistan’s autonomy, but now Iraqi Kurds are treated as potential allies by Ankara. Repairing relations between Sunni Arabs and Kurds in Syria will require a Turkish role.

Inside Syria, there is still a great deal of animosity between Arab and Kurdish communities, particularly in the strategic Syrian-Iraqi border province of al-Hasakah, where the YPG and its auxiliaries are waging a campaign against the Islamic State’s lines of supply and communication between Iraq and Syria. Arab tribes from Raqqa were settled in this predominantly Kurdish region in the 1970s by the Syrian government as part of its “Arab belt” policy to weaken the demographic weight of the Kurds.

The YPG, under the influence of the PKK, is accused of trying to ethnically cleanse Arabs and rip the oil-rich areas that it dominates out of Syria, heightening ethnic tensions between it and the Arab-majority opposition movement. IS has preyed on the suspicion of local Arab communities toward the Kurds to recruit Arab rank-and-file fighters in al-Hasakah. However, members of local Arab tribes, such as the powerful, trans-national Shammar confederation, actively cooperate with the YPG and have participated in the Syrian Kurds’ attempt to build a nascent government. Ethnic relations between Kurds and Arabs, complex and fraught as they may sometimes be, are not irreparable.

Still, a potential post-Assad/post-IS Syria will need to recognize and honor the desire of Syrian Kurds to have their ethno-linguistic cultural rights protected, promoted and enshrined in law, or risk endemic ethnic conflict. It will also need to manage the process of incorporating Syrian Kurdish communities, many of them already practicing a de facto form of autonomy from the rest of the country, back into the national political fold.

To that end, developing Kurdish-Arab joint military campaigns against IS in Syria can have a far-reaching impact. Continued Kurdish-Arab joint operations could end IS control over large areas of the Syrian-Turkish border and would cut the flow of fighters into Syria, denying IS strategic depth as the US-led coalition works to defeat the group in Iraq. Active encouragement and support from the coalition for this organic process can contribute to the process of rebuilding trust between communities. Improving Kurdish-Arab relations will be a core component of establishing an effective and stable security environment in Syria. 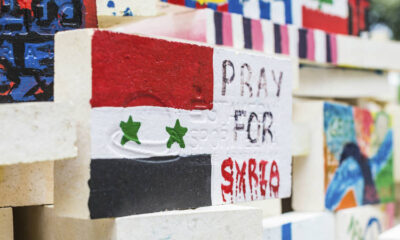 ISIS Tears Attention Away From Activism in Syria 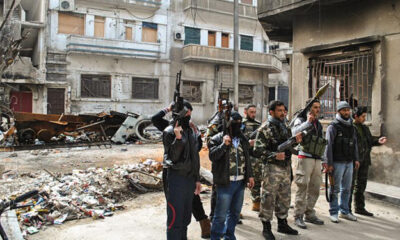 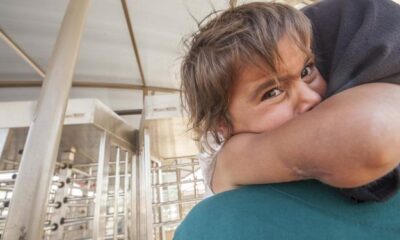