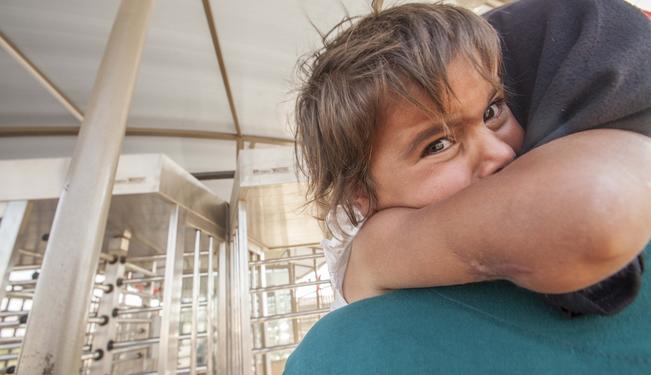 The violent struggle to control Syria is decimating its children's future.

When Mohammad Qataa, a 14-year-old boy, was brutally murdered in front of his mother last year in Syria, his story went viral. Forced out of school to sell coffee on the streets of Aleppo, he refused to serve armed members of the opposition group, the Islamic State in Iraq and the Levant (ISIS), for free and jokingly insulted the Prophet Mohammad. He was subsequently tortured and shot three times in public for blasphemy.

From torture to the use of chemical weapons, the Syrian conflict is considered to be the worst humanitarian crisis in the last 20 years. The conflict has left over 120,000 people dead, 4 million internally displaced and over 2 million refugees, of which half a million are children. This translates to a third of the population having been forced to abandon their families, home, work and schools.

According to a recently released Oxford University’s report, "Stolen Future: The Hidden Toll of Child Casualties in Syria," the conflict has led to the deaths of approximately 11,500 children as of August 2013. The report states that seven out of ten deaths were caused by explosives, and of 764 child executions, a haunting 112 were brutally tortured. Aleppo saw the highest number of child casualties, while Dera’a was blamed as the worst affected governorate.

The Syrian uprising has become intractably messier amid the Assad regime’s growing brutality and an influx of nearly 11,000 radicalized foreigners to fight alongside the rebels.

ISIS, a resistance group active in Syria and Iraq with alleged links to al-Qaeda, is considered the leading recruiting group for foreign fighters. Subsequently, Shari'a law is spreading in rebel-held parts of Syria, complete with independent Islamic courts and committees in place. Last July, a BBC documentary depicted a Shari'a court in Saraqeb in Aleppo sentencing people to lashings with electric cables in public.

Armed opposition groups such as the Free Syrian Army are recruiting children to fight as young as 12 years old. According to the UN agency for Children and Armed Conflict, many of these child soldiers are willing volunteers who are vulnerable to brainwashing and manipulation. Both sides in the fighting have been accused of committing war crimes and killing civilians, including children.

Children have also been detained and tortured in state prisons. A UN report in June 2012 found that Syrian government forces had tortured and sexually attacked children, in addition to using them as human shields in fighting against the rebels.

Approaching its third anniversary, the Syrian War continues to bring death, infectious diseases, starvation and trauma to millions of people. This has had lasting effects on neighboring countries where many Syrians have sought refuge, specifically Lebanon, Turkey and Jordan. Latest estimates by the United Nations Children's Fund (UNICEF) put the number of children directly affected by the fighting in Syria at 4.7 million.

Alarmingly, polio has returned to Syria after 14 years of eradication. According to the World Health Organization (WHO), 17 cases of polio were confirmed in Deir al-Zour, an area mainly under the control of opposition groups.

With millions of displaced families still living in overcrowded refugee camps and scant medical facilities, there are mounting concerns over polio spreading to the whole region. Over 2.5 million Syrian children are at risk of contracting the virus and urgently need the Polio vaccination. According to the WHO: "The failure to eradicate polio from the region could result in as many as 200,000 new cases every year all over the world."

Even though a UNICEF initiative to vaccinate 1.6 million children against polio, measles, mumps and rubella is underway across Syria, the health care system in the country remains paralyzed. At least 35% of the country's hospitals are out of service and up to 70% of the workforce have fled.

Furthermore, the war has left thousands of children without any means of education. According to UNICEF, one in every five schools has been destroyed, damaged or taken over by displaced people seeking protection. The agency also reported that children and schools had become major targets of mortar attacks. Children are living under constant fear of terrorist attacks and kidnapping.

A UN security assessment mission conducted in May 2013 estimated that 4 million people are starving and 2 million children are at risk of malnutrition. With economic sanctions on Syria, the value of the national currency has collapsed while cost of basic food supplies such as milk and rice have skyrocketed. The highly polarized nature of the Syrian conflict, with neither side being able to prevail over the other decisively, has left millions of displaced families struggling to afford even the most basic essentials.

The UN agency for Humanitarian Affairs and Emergency Relief has warned that up to 9.3 million Syrians need urgent help.

Currently, Syria has a population that is heavily armed, divided, polarized and deprived of basic human essentials such as food, medicine and shelter. Millions of Syrian children have witnessed unspeakable atrocities and have been forever traumatized. Both the Syrian government and rebels are subjecting children to physical and psychological terror.

In the absence of education, basic care and security, these children face a bleak future. What neither side is able to comprehend is that Syria cannot be built anew without first protecting its children and their future, regardless of who wins at the end of this bloody war. 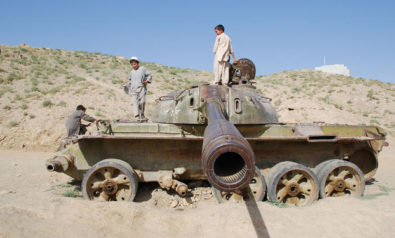 Afghan Children: Growing Up With Drones and Landmines 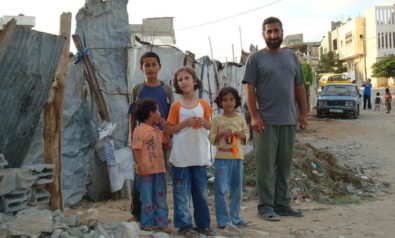