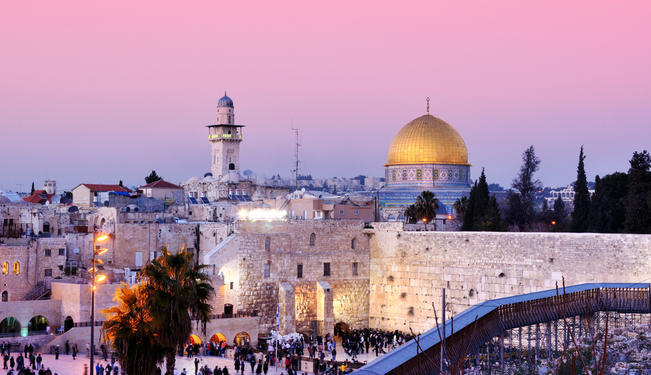 For Netanyahu, negotiations with Palestinians are not in good faith, they are window dressing.

US Secretary of State John Kerry very tentatively announced on Friday that he has hopes that Israeli and Palestinian negotiations will start back up with a visit of both sides to Washington. Oddly, he made the announcement alone, not flanked by either Palestinians or Israelis, prompting questions of whether he really had a breakthrough or firm commitments.

Palestinians had been reluctant to give predatory Israeli policy toward them any legitimacy by negotiating at a time when Israel was actively pouring more Israeli settlers into the Palestinian West Bank. It is like negotiating with someone about how to share a piece of pie while that person is sneaking a fork into the pie and eating it up. For their part, the Israelis have refused to stop stealing Palestinian land and water as a prerequisite for talks.

For Palestinians, the point of negotiating with the Israelis is to achieve a Palestinian state on the territory of the West Bank and Gaza as they existed in 1967. That is also the point of any serious Western negotiator attempting to achieve peace.

Fig Leaf of a “Peace Process”

However, from the point of view of the ruling far-right Likud Party of Israel, the point of negotiations is to create a fig leaf of a “peace process” while continuing to appropriate as much Palestinian land as possible, putting more hundreds of thousands of squatters into the West Bank, while decisively and forever preventing the establishment of a Palestinian state. In short, for the Likud Party, the “peace process” with the US and the Palestinians is like the ski mask worn by a bank robber: it allows you to get away with it.

For this reason, Kerry’s quixotic quest to restart talks is both a welcome distraction and an unwelcome threat for the Likud. It is welcome, because without a fictional “peace process,” the massive Israeli theft of Palestinian land and resources is nakedly exposed to the world. It is a threat, because there is always a danger that the negotiations may have some successes, requiring actual Israeli concessions of practical import, which is definitely not what the Likud wants.

The right wing Israeli project of slowly annexing the West Bank and starving out the Palestinians in Gaza involves a great deal of future-blindness and magical thinking. They seem to imagine that the Palestinians at some point will abruptly vanish into thin air, like an illusionist’s rabbit. After decades of carefully hiding from themselves their acts of butchery and ethnic cleansing against the Palestinians in 1948, and then more decades of denying that there are any such things as Palestinians, the Israeli Right appears to have half-convinced itself that there is not really a problem with their Drang nach Osten.

These attitudes are clear in the Likud responses to the news that Secretary Kerry has succeeded in reconvening the Israeli and Palestinian sides for talks, as translated by the USG Open Source Center:

Apparently far-right wing Israelis live in such a cocoon that they cannot understand how extreme a statement such as "1967 borders are Auschwitz" sounds to normal people. Really? Letting the Palestinians have a decent life is comparable to gassing innocent Jews? Trivializing Auschwitz like this is the real crime, and ratcheting up the rhetoric so that any concession to political reality is equated to genocide, is an offense against common sense. And, you will never ever hear mainstream American news programs report or quote Landau’s absurd and deeply offensive pronouncement.

Then there is this:

"Knesset Member Miri Regev addressed the issue of renewed talks with the Palestinians, and said: ‘In light of the various statements regarding an agreement about the 1967 borders, as well as agreements on releasing Palestinian prisoners, the prime minister should clarify the truth,’ Regev said, adding: ‘I expect to hear what the Palestinian leadership is doing for a peace agreement, because in my opinion they have no real intention of reaching one.’ According to her, US Secretary of State John Kerry’s ‘cleverness’ will increase the dangers to Israel’s security."

In other words, Regev does not want the negotiations. She wants the West Bank. She sees giving up the West Bank and the establishment of a Palestinian state as unacceptable “dangers” to Israel. She implicitly believes that only by strangling the Palestinians can Israelis breathe free. Thus, she dismisses Kerry’s skillful diplomacy as mere "cleverness" and condemns it as unsafe at any speed.

Deputy Defense Minister Danny Danon blasted his boss, Binyamin Netanyahu, for the concession of freeing Palestinian prisoners, telling the Jerusalem Post "We must learn from our past mistakes and not free terrorists with blood on their hands, neither as a gesture nor as a reward." He insisted that Israelis must not again commit the "injustice of the disengagement (in Gaza) by returning to the 1967 borders." Danon, the Likud Convention chair, said that the Netanyahu government "must not uproot thousands of Jews from their homes."

Danon, in other words, rejects any concessions to the Palestinians. He wishes Israeli troops and squatters were back inside Gaza, instead of the Israeli military only surrounding it and preventing its Palestinians from exporting most of what they make. He rejects the establishment of a Palestinian state or a return to 1967 borders, which would require that Israeli squatters on Palestinian land (which they stole outright) return to Tel Aviv and Haifa. He sees all Palestinians that dared resist occupation and apartheid as mere "terrorists" and thinks they all, even the children among them, should stay in Israeli prisons forever. It should be remembered that many Palestinians in Israeli prisons are guilty of much less than Nelson Mandela was when he was in South African prisons.

In his response, Prime Minister Netanyahu, who has openly boasted of derailing the 1993 Oslo Peace Process, said:

"With the resumption of the diplomatic process, we are faced with two main goals: preventing the creation of a bi-national state between the Mediterranean Sea and the Jordan River that would endanger the future of the Jewish state, and preventing the establishment of an additional Iranian-sponsored terrorist state on Israel’s borders, which would endanger us no less."

In other words, Netanyahu believes that no Palestinian state can be allowed to come into existence, because it would inevitably be an Iranian-sponsored satellite and would conduct violence against Israel.

Netanyahu, on the other hand, understands that with no negotiations and no political settlement of any sort, Israel will likely become responsible in the eyes of the world for the stateless Palestinians of the West Bank and Gaza, and will be forced to give them Israeli citizenship. People in the 21st century cannot be allowed to be without citizenship in a state, since that is what gives people the right to have rights. If Israel will not allow the Palestinians to have a state (and it will not), then it will be pressured to make them citizens of Israel.

So if Netanyahu absolutely rejects allowing a Palestinian state to be erected, and absolutely rejects giving the Palestinians citizenship in Israel, what is left? Apartheid is what is left, which is what Netanyahu wants. He wants Israeli control over the West Bank’s land, water and air, but wants to keep the Palestinian population there stateless. He hopes that Palestinians can be persuaded to accept apartheid if only they are given a better standard of living, that, in essence, they can be bribed to accept their status as stateless inmates of an Israeli police state on the West Bank.

So for Netanyahu, the negotiations are not in good faith. They are window dressing. They give him a reply to the European Union, which accuses him of crimes against international law in the West Bank. Just wait, he can say, there may be irregularities now, but who knows what things will look like at the end of the peace negotiations, which we are actively pursuing. It is the old dodge of the Israeli right wing. Those negotiations are aimed at browbeating the Palestinians into accepting their statelessness forever, in return for empty Israeli pledges not to completely expropriate them and further pledges to allow them a standard of living similar to that of Jordanians.