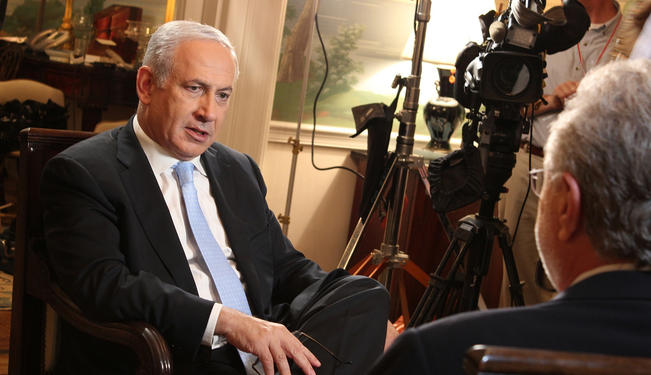 Another round of violence in Gaza is over. Daniel Isler examines what keeps this vicious cycle turning and what could solve the deadly routine – if at all possible.

Like in a classic boxing match, the international media is announcing the end of another "round" of violence between Israel and Hamas. The bell is ringing, and the opponents are asked by the referee, this time by US Secretary of State Hilary Clinton, to take their places in the corners of the ring, and to get ready for the next round of fighting. The boxing ring is still stained with blood, and the crowd – a surprisingly big one for such a small fight – is cheering with enthusiasm for one of the sides, knowing that another round is yet to come. The young opponents, sore from the fight and ecstatic by the cheering, are gathering their strength and collecting their focus. You have to provide the crowd what it paid for. But this boxing match is not like any other; in this venue, nobody knows what the end will look like, and only a small few would really like to watch a knockout.

The Middle East has always been a great producer of spectacular fights with a blurry end. The Israeli-Palestinian conflict has produced some of the bigger ones. The violent collisions between both sides have generated some unique ways of engaging in war or pseudo-war.

The Palestinian civil resistance movement created the first and second "Intifada" – a move of civil disobedience that quickly escalated into two of the most violent periods in the history of the conflict. Israel, on the other hand, is maintaining a widespread occupation of the West Bank, allowing settlers to build cities and neighborhoods, officially out of security considerations. But even for the cynical observer, it is clear that the last ten years in Gaza have presented a whole new kind of warfare to the region.

Without pointing at any specific starting point, the routine is repetitive: after a period of relative calmness around the Strip, an action – either by Hamas or the Israel Defense Forces (IDF) – threatens to re-escalate the violence. Although Hamas holds a lot of responsibility for these escalations, usually the ball is in Israel's hands. If the Israeli leadership decides to "punish" Hamas for its constant rocket fire, another round of conflict is certain.

This format of fighting might seem effective as a defensive move on the Israeli side or as an ideological statement on Hamas' for the short term. But these narrow perceptions by both sides are showing no results on the long, or even medium, term. Security is not established for Israelis living in the south, and no significant improvement has emerged with the living conditions in Gaza.

The rounds of conflict between the two sides are very similar to each other: they come around very often and they generally create little to no change in the relationship. In March 2012, the IDF killed Zuhir al-Qaisi, secretary general of the Popular Resistance Committees in Gaza at the time. Hamas responded by constantly firing rockets into Israeli cities; the Israeli air force responded by bombing military targets in Gaza. The fighting stopped after approximately seven days with a ceasefire agreement mediated by Egypt. Sound familiar? Well, this is almost a precise description of the current round that ended earlier this week.

Political Gains and the Global Audience

Israelis and Palestinians alike are striving for a different future. Both communities have had enough of this never-ending conflict; they are yearning for a game changer that will bring an end to this vicious cycle. Unfortunately, there are two components in this warfare that push political leaderships on both sides to maintain this horrible routine. The first is political gains, and the second is the global audience.

A lot has been said and written about the hidden interests that Israeli Prime Minister Binyamin Netanyahu might have held regarding the latest conflict. It has been said, as indicated by polls, that an armed conflict would help Netanyahu's electorate in the upcoming Israeli elections. Even if we reject the notion that Netanyahu knowingly used the escalation for populist political mobilization, it will be hard to ignore the fact that the latest round of violence actually helped him to draw voters to his direction.

This also works the other way around. Calling openly to stop an ongoing operation signifies a lack of leadership for the Israeli voter. No party would risk losing votes just two months before the elections, which makes it the best political climate for going into this mini-war with a wide consensus.

Hamas has a vital interest in continuing the bitter conflict for its own internal political purposes. The Islamist faction needs to differentiate itself from the Palestinian Authority, led by President Mahmoud Abbas. Hamas is trying to portray itself as the "genuine" Palestinian voice as opposed to Abbas, who is perceived as too "pro-peace" or "pro-normalization" in the relationship with Israel.

The second factor that pushes both sides to stay in this violent cycle is the global audience. The land, the people, and the dispute are all small, at least when looking at it from a material perspective. And yet, the crowd of spectators around the world is enormous. On the one corner, Israel is standing by its strict policy regarding the Gaza Strip, with Tel Aviv holding to its public agenda saying that Hamas is a terrorist organization and cannot be negotiated with. Any withdrawal from this idea will undermine the entire Israeli policy in the international arena regarding Gaza and even the West Bank.

On the other corner, Hamas is being watched carefully by millions of Muslims around the world who see the conflict between Israel and the Palestinians as a fulcrum where their religious identity can gain recognition. It is also being watched by Iran, who perceive the Gaza resistance as its front line against the West. Even human rights activists from around the world — who in the past twenty years have taken on the Palestinian cause as their main struggle — are looking to see what Hamas will do. In this climate, Hamas has a strong interest in showing that it has things under control in Gaza. In order to do so, Hamas is keeping its image as a "genuine" freedom-fighting organization that avoids any normalization and direct contact with Israel.

History shows that when it comes to war the problem is violent, but the solution is always found at the negotiating table. Neither side genuinely believes that the Gaza problem will be solved by violent means, but both are trying to improve their positions towards a future peace process. As for now, Israel and Hamas are trapped in this race. Only smart outside intervention will be able to bring both sides together in order to negotiate.

As Barack Obama enters his second term in office, he enjoys the liberty of making drastic and decisive moves without worrying too much about another election. As part of the efforts to put the US back in the global leadership position, it would be a smart move for Obama to visit Israel and Palestine, and try to push towards viable solutions, especially regarding Gaza. This will be effective only if the US president combines forces with the new leadership of Egypt, which is also striving to prove its regional dominance. In doing so, the US can put pressure on Netanyahu, while Egypt works with Khaled Mesha'al and Hamas' leadership.

Only radical change in the international community's approach towards the Gaza issue, including lowering the level of attention in order to let both sides talk, will pull the Middle East out of this boxing match – one that has been going on for far too long.