Over two years have passed since President Rouhani entered office, yet leaders of the Green Movement are still under house arrest.

When Mohammad Khatami, the reformist former president of Iran, asked the Iranian people to vote for Hassan Rouhani, many of us who have supported the reforms and Iran’s pro-democracy movement—known as the Green Movement—responded positively to his call, because we knew him as a reliable and credible person.

It is with pride that I can call myself the first Iranian poet who, before 2009 presidential election, published a statement in all of Iran’s reformist newspapers and news websites in support of the pro-democracy candidate Mir Hossein Mousavi, calling other poets and writers to vote for him—for his belief in women’s rights and freedom of expression.

I was also the poet who, before the 2013 presidential election, wrote and published an open letter entitled, “To whom that isn’t a colonel,” to and in support of Rouhani on the reformist website Kalameh, comparing him with his rival, Colonel Mohammad Baqer Qalibaf, who at the time spoke publicly and with pride of the day he had clubbed people in the streets. Rouhani chose this sentence, “I am not a colonel but a lawyer” as his presidential slogan against Qalibaf’s approach.

As with many supporters of the Green Movement, I believed his promises at the time and thought that if Rouhani became president of Iran, we would witness less violence and more freedom of expression, even if it wouldn’t be on an ideal level. Without a doubt, I can say that all of us—supporters of the Green Movement—thought this at the time. So, more than 18 million voted for Rouhani.

Just a month and a half later, I found myself cheated. By calling the Green Movement a disturbance, most ministers whom Rouhani introduced to the Iranian parliament distanced themselves from having any relationship with the movement and its leaders. In the ministers’ words, the people whom Rouhani had promised to release from house arrest turned into the leaders of the “disturbance.” It could mean, from their point of view, that the leaders of the movement were criminals who deserved to be held under house arrest.

Those words also showed that the supporters of the Green Movement, who dreamed that Rouhani’s cabinet would meet the movement’s demands, may have been forgotten. And it was true. It has been more than two years since President Rouhani entered office, and yet the leaders of the movement are still under house arrest and their children have announced to reformist media that their parents’ health and lives are in danger.

The number of political and ideological prisoners has at the very least not decreased—if not increased—in comparison with the number during Mahmoud Ahmadinejad’s presidency. Shirin Ebadi, a US-based human rights lawyer, said government propaganda claims that dozens of political prisoners have been released. “This is a big lie,” she said. “Twelve or thirteen people have been released but these are people who had served their time.” According Rooz Online, a reformist website, the number of political executions increased in 2013 and 2014.

Amnesty International has warned that there has been an “unprecedented spike” in the number of executions in Iran during Rouhani’s period. Amnesty believes 694 people were executed in the country between January 1 and July 15, 2015—almost three times the figure acknowledged by Iranian authorities. The organization said credible reports suggested Iran executed at least 743 people in 2014.

Amnesty thinks the surge is a disturbing trend, partly as the death sentences were invariably imposed by courts “completely lacking in independence and impartiality.”

“They are imposed either for vaguely worded or overly broad offences, or acts that should not be criminalised at all, let alone attract the death penalty,” the human rights organization stated.

But the fact that is perhaps more surprising is that since the second year of Rouhani’s presidency, Iran’s media have been banned from publishing the name or images of Mohammad Khatami, whose call to vote for Rouhani was met by a large number of people. He has been banned from both giving speeches and from leaving Iran.

I am a poet, so it might be better that I speak about the problems Iranian writers and poets have faced during Rouhani’s period. There are several examples, but I would just mention some of them.

Two Iranian poets, Mehdi Mousavi and Fatemeh Ekhtesari, who have supported the Green Movement and Rouhani by writing on their Facebook pages and blogs, were arrested by agents of Iran’s Revolutionary Guards on December 7, 2013. They were held in solitary confinement at Evin Prison in Tehran, before being released on a combined bail of nearly $67,000 on January 13, 2014. Since then, they have been waiting to be sentenced. As I am in touch with Mousavi, I know that since he was released from prison, he has been banned from writing blogs and making any statements on the Internet, giving speeches, being present at book fairs and literary events, and from continuing his literary workshops. Even his pharmacy has been shut down by Iranian authorities.

An even more painful example is the case of Iranian writer and filmmaker Mostafa Azizi, who has been in Tehran’s Evin prison since February 2015. The Revolutionary Courts of the Islamic Republic of Iran have charged him with “acting against national security in cyberspace,” a charge that is familiar to many critics of Iran. He has been sentenced to eight years in prison.

Azizi is a writer, not a political activist. He has used his human right to freedom of expression by voicing some criticism on social media. This should not and cannot be an excuse for his imprisonment.

At 53 years of age, Azizi suffers from diabetes, eczema and asthma. This makes prison conditions much harder for him, and he has been hospitalized at least once since his arrest. He is a permanent resident of Canada and returned to Iran last winter after the worsening of his father’s condition. Sadly, Azizi’s imprisonment has led to further deterioration in his father’s health, who has consequently suffered a brain seizure.

Another issue that as a poet I can refer to is the existence of a blacklist that the Ministry of Culture and Islamic Guidance of Iran, which it considers while issuing licenses for books to be published. It means that when someone’s name is on the blacklist, they are not allowed to publish in Iran. While Ali Jannati, the minister of culture and Islamic guidance, has denied the existence of such a list and insisted that a book’s content, not the author, is considered when issuing a license, I can mention many examples that contradict his assertions.

For example, any texts that discuss homosexuality or queer themes will fast-track a manuscript to the shredder room and grant the author a place on the ministry’s blacklist. Even I, as a heterosexual writer, have not been immune to the effects of state-sponsored homophobia.

I translated the LGBT-themed graphic novel Blue is the Warmest Colour, by French author Julie Maroh, into Persian and published it in Paris in 2014. The reaction from the right-wing press in Iran was vitriolic and infused with crude homophobia. It resulted in the cancellation of a publication license for my latest poetry book, which had been received from the Ministry of Culture. That book had been published in April 2014, and my publisher in Iran was threatened with losing the license because of my book.

Since February 2015, my writings and name have been banned in my homeland, and even the articles written by literary critics on my poetry books have been banned from publishing with Iranian media.

I am happy with the nuclear deal between Iran and the West, because most sanctions against Iran are expected to be lifted over the next several months and this will decrease economic pressure on my people.

But I cannot understand how a politician forgets all his other promises and doesn’t even think about human rights at all. Perhaps because I am a poet, not a politician.

I cannot understand how a politician thinks about improving Iran’s relationship with the West, but forgets the fact that three human beings have been under house arrest for almost five years. Perhaps because I am a poet, not a politician.

I cannot understand how the West thinks about Iran’s nuclear program, but doesn’t think about thousands of political prisoners who remain under arrest just because the lack of freedom in Iran. I expected the West to negotiate with Iran on the situation of human rights inside the country as well, while negotiating over the country’s nuclear energy. Perhaps because I am a poet, not a politician.

And I cannot understand how the West talks about democracy, but has forgotten about the leaders of Iran’s pro-democracy movement. I expected the West to put pressure on the Iranian regime over this issue as much as putting pressure on it for moderating the nuclear program. Perhaps because I am a poet, not a politician. 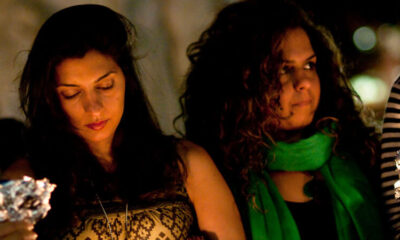 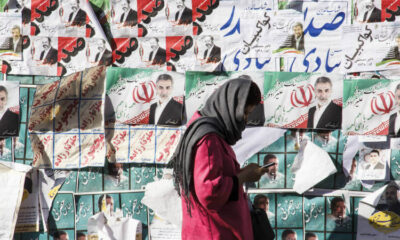 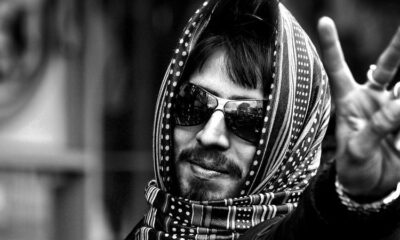