In this edition of The Interview, Fair Observer talks to former US Ambassador Dennis Jett.

Tensions between Tehran and Washington have been escalating for some time now. In the most recent episode, two commercial tankers were damaged by mysterious explosions in the Gulf of Oman on June 13, sparking a surge in oil prices and triggering speculation about the possible perpetrator. The US government was quick in pointing the finger of blame at Iran. Secretary of State Mike Pompeo said the blasts were caused by the Iranian military, citing “the weapons used [and] the level of expertise needed to execute the operation.” Iran denies the allegations.

After withdrawal from the 2015 nuclear deal, the Joint Comprehensive Plan of Action (JCPOA), the United States imposed crushing economic sanctions on Iran. These were aimed at forcing the Islamic Republic into negotiating a new agreement to address a broader range of issues, including Tehran’s support for militant groups in the Middle East and its ballistic missile program.

Iran announced in May that it would scale back its commitments under the JCPOA, a move the remaining parties to the nuclear deal consider to be escalatory. The latest package of US sanctions was unveiled on June 7, when the Treasury Department blacklisted Iran’s largest petrochemical company and a network of 39 associated firms in an attempt to increase pressure.

Iranian and US officials have been trading a great deal of vituperation lately, causing UN Secretary General Antonio Guterres to issue a warning about the escalation of hostilities in the region. On the same day that two Japan-bound oil tankers were attacked near the strategic Strait of Hormuz, Japanese Prime Minister Shinzo Abe was conferring with Iran’s Supreme Leader Ayatollah Ali Khamenei in Tehran, trying to smooth relations between Iran and the United States. Abe carried a message from US President Donald Trump to Iran’s leader; however, the ayatollah rejected Abe’s outreach, saying he doesn’t consider Trump worthy of an answer.

In a recent letter addressing President Donald Trump, 76 retired American admirals, generals, diplomats and ambassadors warned the commander-in-chief about the grim consequences of a military confrontation with Iran, urging him to prevent the disputes with Tehran from spiraling out of control. The former US ambassador to Mozambique and Peru, Dennis Jett, is one of them.

In this edition of The Interview, Fair Observer talks to Jett about the latest wave of tensions between Iran and the United States, the survival of the nuclear deal and the role of diplomacy in lowering the temperature between the two rivals. Ambassador Jett speaks to Fair Observer in a personal capacity and does not represent the signatories of the letter to President Trump.

Kourosh Ziabari: In recent remarks, President Trump has emphasized that he doesn’t seek war with Iran and believes Iranians are similarly unwilling to go to war with the United States. However, it was announced by the president that 1,500 extra troops, which would have a “mostly protective” role, and a dozen fighter jets will be deployed to the Middle East. The United States has already deployed an aircraft carrier strike group and a bomber task force to the region. Don’t these moves indicate that Washington is getting ready to attack Iran?

Dennis Jett: Any serious attack on Iran would probably require much more preparation and a greater deployment of assets than this, unless Washington thinks it can simply launch a few air strikes and walk away. The problem is, [these] moves could be interpreted as such by some in Iran and other countries in the region and lead to miscalculations and steps that could provoke an armed conflict. Iran has three times the population and four times the land area of Iraq, and our invasion of Iraq did not exactly turn out well. So a war against Iran would easily turn out far worse.

Ziabari: You were one of the signatories of the open letter to President Trump drafted by 76 former military and security experts, warning him about the escalation of hostilities with Iran and the grim consequences of a possible military confrontation. Do you think the president will consider your gesture and listen to reasonable voices in the US security and diplomatic communities?

Jett: I doubt he will even notice unless the letter is reported on Fox News. He is like a king in two ways. He is most influenced by the last person he talks to, hence there is constant jockeying among the sycophants that surround him to have access and therefore influence on him. Second, given his business background, he sees everything through the lens of what profits him personally the most, and nothing else matters. He has no interest in government or governing and refuses to make even the most rudimentary efforts toward educating himself on the issues or carefully crafting policies to serve the national interest. Ziabari: Has President Trump’s maximum pressure campaign on Iran worked so far? Do you think the ratcheting up of sanctions coupled with the intensification of military and rhetorical threats will get the president what he wants concerning Iran and result in a change of behavior in Tehran?

Jett: While it has made life more difficult for Iranians, it has not changed the policies we object to. Sanctions can make things more expensive, but are never effective enough to force a fundamental change in a government’s policies if that government is determined to resist.

Ziabari: The Joint Comprehensive Plan of Action was one of President Barack Obama’s major diplomatic achievements. Trump called it weak, “horrible” and “laughable” on several occasions. Does he have a better alternative to address concerns over Iran’s nuclear program?

Jett: He does not. He thinks he can force Iran to its knees and then get it to agree to a much tougher agreement. He is wrong.

Ziabari: Has President Trump shut the door on diplomacy and engagement with Iran through his aggressive policy and rhetoric? Will Iranians agree to negotiate with the United States again?

Jett: Trump has said he is willing to talk to Iran, but as we have seen with North Korea, such discussions are meaningless unless the other side can get what it wants out of the talks. The fact that Trump was sued thousands of times in his business career, the way he approaches language where his statements one day can have no relationship to what he says next, and his record of thousands of lies and misleading statements while in office show his words cannot be trusted. So why would the Iranians be interested in negotiations?

Ziabari: The timeline of Iran-US relations has been replete with resentment and grievances between the two countries. Do you think the two nations will ever succeed in moving past the animosities and building new relations on the basis of their shared interests and mutual respect?

Jett: Given my past career in diplomacy, I always think communications are useful and preferable to not talking or waging war. And I also think it is possible to overcome the burden of history if there is a will to do so on both sides. That is not to say discussions always achieve everything that one side would want. I think from the Iranian perspective, given our support for the overthrow of [Mohammad] Mosaddegh, the lack of even an apology from the US for the shooting down of a civilian airliner by the cruiser Vincennes, and our support for Iraq in a war in which a million Iranians died, they have an understandable right to be skeptical.

Ziabari: The Iranian community in the United States has time and again voiced its concern over the human cost of the grueling economic sanctions imposed on Iran by the US government, as well as President Trump’s travel ban, which also targets Iranian citizens. Do you think these measures are planned and implemented in a realistic way and are helpful to Iran-US relations?

Jett: They are supposed to force a change in policy by the Iranian regime or, preferably, according to American hardliners, the overthrow of that regime. So the suffering is seen by those hardliners as a way to prompt that overthrow. The sanctions will accomplish neither the policy change nor the overthrow, however. And even if it did prompt a change in government, the successor may not be an improvement. 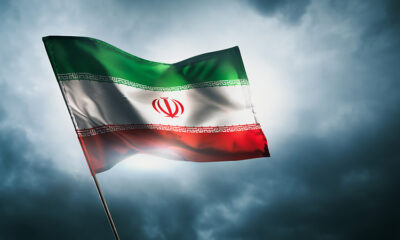 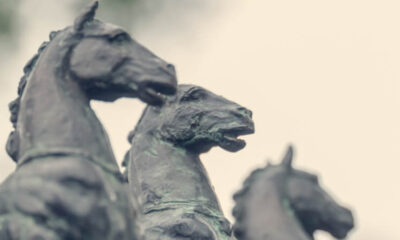 What’s Behind Bolton’s Attacks on the “Troika of Tyranny”? 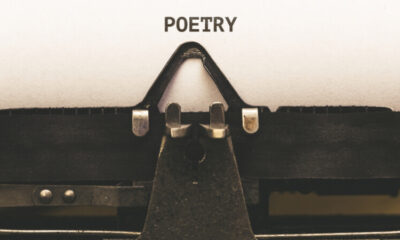