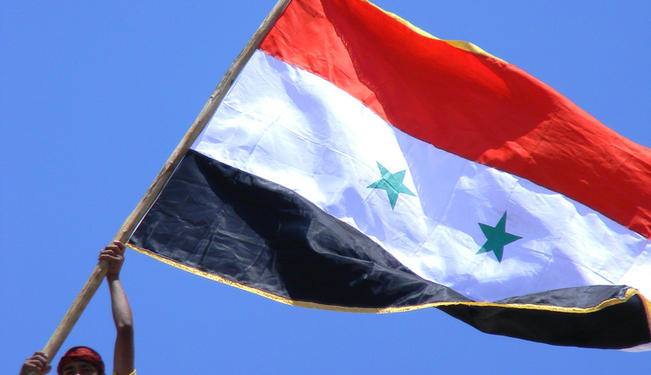 Both the West and Turkey must be delicate in their strategic policy towards Syria.

The Western and US policy in support of regime change in Syria, followed by Turkey, will lead to the creation of a rival political-security block between Iran and Turkey. This will weaken cooperation efforts and endanger both regional and international peace and security. The policy links political change in Syria as a crucial step in intensifying political pressure on Iran to change its regional and nuclear policies, enabling Iran’s adversaries such as Saudi Arabia and Israel to interfere in the crisis and turn the issue of regime change in Syria into a zero-sum game, precisely against Iran’s geopolitical interests.

With such a policy, the rival actors have introduced Iran as the main obstacle to bringing change to Syria, thus connecting the crisis with the usual rhetoric of the conservative Arab regimes and Israel, to wit, the necessity of blocking Iran’s increased influence and role in the region. Iran ultimately had no choice but to choose between supporting Assad’s regime and facing a pro-western and conservative pro-Arab regime in Syria, which could imperil Iran’s balance of power interests in the region.

Iran’s regional policy is focused on strengthening “alliances and coalitions” with friendly factions and states in the region. Turkey’s retreat from playing a mediatory role and the “zero problems” policy and their biased position in the Syrian crisis all act against Iran’s regional policy of preserving the current regional balance of power.

From Iran’s perspective, the future political architecture of the Syrian government is important in increasing Iran’s regional role and strengthening alliances such as Hezbollah in the region. Syria’s regime is of significant importance to Iran’s rivals, making it integral in the future balance of power. This has helped Iran obtain Russia’s support. For the Russians, playing an active role in the Syrian crisis is an opportunity to strengthen their own regional role and challenge the West in the employment of Turkey’s Anti Missile Shield.

The line of geopolitical discrepancy between Iran and Turkey is the issue of possible “military intervention” in Syria—either by Turkey or the West and NATO. Despite its rhetorical and symbolic policies, Turkey is unable to convince its public of any military intervention in Syria. Without Turkey’s military intervention, the possibility of NATO’s attack against Syria faces serious doubts. Waging a new war without the required legitimacy and support of the Middle East public would be disastrous for the West.

Although some western analyses that regard Turkey as the winner and Iran as the loser of Arab Spring, the role of these two players cannot yet be fully determined because they depend on how the Arab public perceives them, and future policies in the region, particularly in Syria.

Experience shows that the Arab world will resist accepting “big brother” models such as a moderate Islamist or secular Turkey. Meanwhile, different political factions, especially secularists in Turkey, strongly oppose Turkey’s deep involvement in Arab Spring because they consider it beyond Turkey’s actual political-strategic and economic potential. Although some layers of Arab societies favor the Turkish model, it simultaneously faces serious challenges by ideological trends in the region.

In contrast, Iran, alongwith the concept of the “Arab Spring” focusing on anti-autocratic aspects of the Arab peoples’ movements concentrate on the concept of the “Islamic awakening” by stressing these movements’ ideological and Islamic values. This will lead to an increase in its political-ideological clout in large segments of the Arab public. Several conferences aimed at strengthening the latter theme were recently held in Tehran.

Yet the real difference between Iran and Turkey is not to institutionalize their political-ideological model but rather to preserve their geopolitical interests and regional roles. In such circumstances, the West’s policy regarding the immediate regime change in Syria creates a geopolitical discrepancy between Iran and Turkey that not only endangers regional peace and security but also affects regional security efforts, i.e., in Afghanistan and Iraq. A vivid example is Iran’s lukewarm appreciation of the Istanbul Conference regarding Afghanistan’s peace that was recently held in Turkey.

The West should focus on gradual change when dealing with the Syrian crisis and increasing cooperation between Iran and Turkey. This will help in finding a middle ground for solving the crisis and will bring more reliable prospects for regional peace and security by avoiding the possibility of spreading sectarian strife.

This way Turkey, by assuring that it will not take part in military intervention in Syria, can take a positive step, and Iran can use its influence to convince the Assad regime to take genuine measures for bringing about meaningful changes, including the move towards holding free elections in the near future. Through such a policy, the necessary ground will be prepared for reaching a sustainable agreement regarding the future political architecture in Syria and the demands of the people.