Hassan Rouhani is a shrewd politician, and he has spotted the opportunity to harness the recent discontent for his cause.

The recent unrest in Iran is yet another illustration that Supreme Leader Ayatollah Khamenei and his agents of oppression, the Islamic Revolutionary Guard Corps (IRGC) and its subsidiary Basij force, have lost all remaining claims to legitimacy. The generation that fomented the 1979 Iranian Revolution and now led by one of its last senior survivors, Ayatollah Khamenei, is at the edge of extinction. His authority evaporated years ago. The final strands of any right to power were severed by the rigging of the 2009 elections and the brutal suppression of the protests that followed.

Indeed, many years before 2009, the senior clerics of Shia confession had severed their connections with the theocracy in power in Tehran and retired to Qom or Najaf to focus on the spiritual life rather than politics. Ayatollah Khamenei knows full well that he rules with neither popular consent nor religious authority, but by force.

Khamenei, and his unelected branch of the government, have two opponents: the majority of the people, who want freedom and reform, and the elected government led by President Hassan Rouhani, who wants the same thing. This is a powerful combination. Rouhani is a shrewd politician, and he has spotted the opportunity to harness the recent discontent for his cause. He has already spoken publicly about the need to respond to the voice of the people. But he also knows that there are great dangers. If the protest movement were to get out of control, then Rouhani himself might be swept away in the chaos that would follow. Iran is a volatile place: Some 60% or 48 million out of 80 million people are under 30, and youth unemployment is nearing 30%. They are angry about lack of jobs and opportunities. The security forces are well aware that they do not have the resources to police the situation if a real revolt took hold.

Rouhani has made some progress in reforming the economy, but not quickly enough to satisfy the aspirations of the population. Nor has he yet been able to deliver on the raised expectations after the lifting of nuclear-related sanctions. Rouhani has a delicate balancing act to respond to the popular movement but not fan flames that could consume him.

The key issue to watch is how Rouhani handles the situation. The unrest in Iran is a sign that the economy is under strain and the people want reform, but it in no way resembles the insurrection of the original revolution or the protests against the rigging of the 2009 election. It is a pale imitation of the popular uprisings of the Arab Spring or even the current turmoil in Tunisia.

The overexcitement in Washington that some rioting in Iran is somehow a harbinger of regime change is just an indication of how poorly the Trump administration understands the situation. Although it is premature to predict a change in mood, some of the protests have directly challenged the unelected power of Ayatollah Khamenei and the IRGC.

Khamenei is suffering from cancer and may not have long to live. Rouhani has a keen interest in ensuring that Khamenei’s successor is at least an ally. More desirable alternatives would be that the role of supreme leader lapses or passes to Rouhani himself who would then combine the posts of president, head of state and commander in chief. In this position Rouhani would control the bonyads — the non governmental charities that own about 20% of the Iranian economy and crucially provide the supreme leader with the funds to pay for and control the IRGC.

If Rohani plays his cards well, then Iran could emerge with a moderate reformist and coherent government intent on rejoining the international community and curbing the adventurism of the IRGC. We could see a repairing of relations with the Saudis and Emiratis, and even detente with Israel. These aims are clearly the aspirations of the youth of Iran. Predicting the future is an uncertain science, but the interests of the West and the region would be best served by not encouraging the wholesale overthrow of the whole regime by not interfering. The lessons of Iraq and Syria should be reason enough to tread carefully. 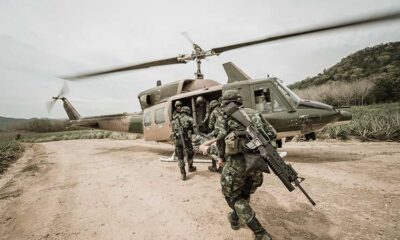 The US Will Never Leave the Middle East 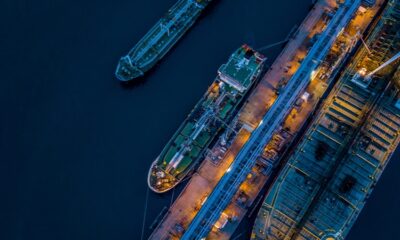 For Iran, Options Are Few and Prospects Are Grim 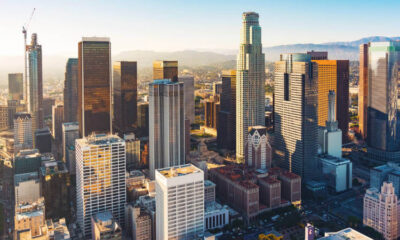