On February 21, yet another nominal election will take place in Iran, coming on the heels of widespread protests in over 100 cities at the end of last year. It was the third time that the Iranian government faced protests in the last decade and the biggest since the Islamic Revolution of 1979. According to various reports, anywhere between 300 and 1,500 may have been killed since the protests broke out in November after the government raised the price of petrol, with many more injured and thousands arrested.

The regime has been trying to restore its legitimacy by any means necessary ever since. It has been pleading with its people to vote, while at the same time stripping them of the right to nominate candidates. Almost the entire opposition is boycotting this parliamentary election, stating that a vote is a bullet to the heart of every citizen. Even some reformists within the regime announced that they are disinclined to cast their ballot.

In this context, understanding the origins of the latest protests helps to highlight the fact that the sham election is the only way for this absolute government by a small elite to preserve its rule.

This is not the first time that the Iranian regime lost its legitimacy. This new wave of protesters brought together just the latest of the many disillusioned with the government in Tehran. Following its vicious crackdown, the authorities once again attempted to regain lost legitimacy in various ways. The Islamic Republic of Iran usually uses religious rituals, hero-worshipping and the specter of national enemies to consolidate people and preserve the Islamic system.

The assassination in a US drone strike of Quds Force General Qassem Soleimani, well known for his heavy-handed suppression of protests in Iran and beyond, gave the regime an opportunity to hail him as a hero, to mobilize the masses into a spectacular funeral and thus divert attention from the real crisis.

Then, the shooting down of the Ukrainian airliner on January 8 in what Tehran has called an “unforgivable mistake” again exposed the regime’s lies and disrupted all its plans and displays. People became angry and came out again to protest against the regime, but not on a large scale because of the wariness of the regime’s trigger-happy response. Unlike the funeral of its hero Soleimani, the regime didn’t allow people to publicly commemorate those killed in the crash.

The undemocratic and religious government in Iran has never had much regard for human rights. In fact, the leaders and politicians of the regime have reduced the concept of “the people” to a small group of those in power. For them, the interests of that group mean the interests of people, even though these interests diverge significantly.

Iran is home to numerous nationalities, many of whom were previously colonized by imperial Persia, including Kurdish, Turkish, Arab and Baloch ethnic groups, alongside other small ethnic minorities. Yet only the Persian ethnic majority has political and cultural rights. Only Persian, the official language, is taught at school, part of the government forceful approach to assimilation. In addition to all these levels of discrimination, the religious regime implements a radical and extremist interpretation of Islamic law that doesn’t recognize women’s rights. As a result, half of the population of Iran lacks basic individual freedoms.

Apart from the issue of nationalities, there is also the problem of religion. Out of a population of 80 million, the majority are Shia Muslims, with 25% Sunni Muslims and small minorities of Jews, Christians, Zoroastrians, Yarsan and Bahai. None of the religious minorities, including the Sunnis, have any political rights and often lack socio-cultural and economic rights.

There are also no independent political parties, no freedom of the press or expression, no democratic elections, no participation of various marginalized groups in politics, and so on. Only some governmental and religious political groups who are Shia Persians have an opportunity to exercise their political rights. The dominant political power doesn’t allow any change in the status quo. There is no liberty, equality or justice.

Bullets of the Regime

Last year, the regime, despite the abundant resources of oil and gas in its control, suddenly tripled the price of petrol. As a result, the price of almost everything else went up as well. With purchasing power thus reduced, people have been unable to cover their basic needs and were left with no choice but to rise up against the regime. And the regime, in turn, has no choice but to continue suppressing them. It needs ever more violence and ever more money to preserve itself, and to carry on supporting terrorist groups in the region.

For four decades now people have protested against this regime for which, since it has no real legitimacy, violence is the only option. At first people protested for social and political freedom, but they were suppressed even when the regime was not under the weight of US sanctions. Then they were suppressed for demanding human rights and civic freedoms, and now for demanding the fulfillment of their basic needs. Those who demanded political freedom and human rights were killed, jailed or have left the country. Now it is the turn of those who demand basic necessities to face the same fate.

On the eve of the election, the suppressed people are asked to vote. But this regime is not of the people, and it has meted out such violence against them because it is completely alienated from them. For many in Iran, their votes would turn into bullets used by the regime against the next generation.

The last wave of protests has strongly affected the regime’s election campaign. Nevertheless, it will push ahead with the election to demonstrate its nominal legitimacy, although, being a religious regime with divine sanction, it doesn’t need real democratic legitimacy. But people of Iran are gradually waking up to the origin of all their problems, and it is only a matter of time until the violence meted out against them will simply not be enough to stymie change. 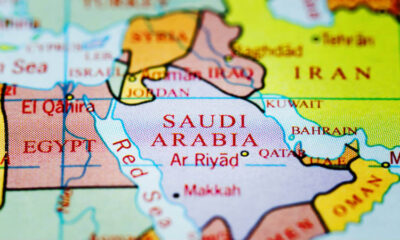 Iran and the Gulf: An Iron First or an Extended Hand? 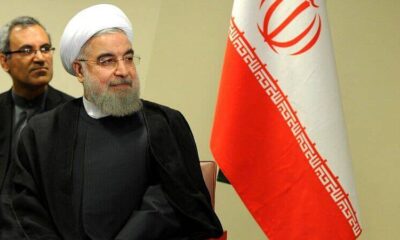 Iranian Election: A Choice Between Bad or Worse