Even if he wins the Iranian election, the realities of today will make it difficult for President Rouhani to achieve social and political reform.

The Iranian presidential election on May 19 has been shaped by sociopolitical changes, the need for a successor to the supreme leader, the rise of nationalism and the nuclear deal. There are six candidates who have managed to get the green light from the supreme leader, Ayatollah Ali Khamenei.

In Iran, obtaining the approval of the Guardian Council, which is under the supreme leader’s control, is an arduous task. According to the constitution, any male Shia — but only the Twelver branch of Shiism — can run for the presidency but, in practice, only those of Fars origin are considered for the post. It is, therefore, impossible for a woman or a Kurd, Azeri, Arab or Balochi to stand.

However, in reality, the selection process becomes even narrower because the only ones who can pass the filtering system are those close to the supreme leader and the regime. Anyone who does not share the same ideology or political strategy cannot be elected. Thus, people have to vote for candidates who are elected by the supreme leader. This is why Iranians call the elections a choice “between bad or worse.”

Nonetheless, there are four issues that could help President Hassan Rouhani win a second term in office.

KEY NOTES BEHIND THE ELECTION

First, the new generation in Iran has changed dramatically as their norms are very different than 10 years ago. Indeed, easy access to the internet has connected them to the world, and they can now follow the latest developments around the globe. The intention of the Islamic Republic since its beginning has always been to depoliticize young people.

While the youth are not politically and socially active compared to previous generations, the change amongst them is becoming more difficult for the regime to control. This will have an effect in the long run when it comes to the fundamental structure of the Islamic Republic. The youth want to party, wear what they like and have open relationships when it comes to social values. The majority of young people are, therefore, in favor of seeing Rouhani in the second round as he theoretically agrees with more freedom in Iran. So, considering the fact that Iran has a large youth population, this could help him win the election.

Second, the nuclear deal with the P5+1 group is important for a Rouhani victory. Despite Ayatollah Khamenei’s heavy criticism of the accord in public, it is clear that every government policy is first approved by him. The supreme leader’s disapproval of the nuclear agreement was a ploy to show Iranians and the international community that there are major differences between Rouhani and Khamenei.

Without the deal, Iran could not survive because sanctions were crippling the economy, which is why Iranians celebrated it as Rouhani’s victory. The demands of the people have become more economic than political. Rouhani has, therefore, helped the regime to lower people’s political demands, and he has expanded Iran’s influence in the wider region as well as among Iranians abroad. Of the 6 million Iranians who live outside the country, 2.5 million are eligible to vote and Rouhani is likely to get their support.

Third, the rise of Persian nationalism in recent years — especially promoted through TV and radio stations broadcast from abroad and Iranians who have immigrated to the West — has affected the views of people at home. This has also fostered the domestic rise of Arab, Azeri and Kurdish nationalism in Iran, which could become a big challenge for the next president.

Nevertheless, so far, Persian nationalism has worked in favor for both President Rouhani inside Iran and Foreign Minister Javad Zarif abroad. Indeed, many Iranians who initially fled the country as political refugees have helped Zarif to engage with Western governments. Another important fact is that despite hundreds of thousands of Iranians who have claimed political asylum in Europe, the US, Canada and Australia, there have been limited protests from them.

This has helped the regime to focus on spreading its influence in the region rather than worrying about domestic political challenges fueled from the Iranian diaspora. The tension between Iran and the Gulf countries, the rise of the Islamic State and the civil war in Syria have fostered support for the regime from Iranians at home and abroad.

Fourth, the supreme leader has allowed the media to publish photos of him receiving treatment at hospital. Khamenei is 78 years old and his poor health condition is undoubtedly making him think about a successor before competing groups inside the government start fighting over the throne. Moreover, he aims to keep the country as united as possible to ensure the continuation of the regime.

There have been suggestions that presidential candidate Ebrahim Raisi could be the supreme leader’s choice for his replacement. But Khamenei is unlikely to ignore the fact that Rouhani is popular — especially among the young generation — amid the country’s economic, social and political situation. The main focus of the supreme leader, as he has mentioned many times, is to get people out to vote as this will give more legitimacy to the system both internationally and amongst Iranians at home. In contrast, almost none of other candidates have the ability to show a good image of the government to both Iranians and the international community.

Rouhani and Zarif have created an atmosphere in which many think the incumbent Iranian president is liberal-minded and more intelligent than other candidates. This was reflected in the presidential debates in which Rouhani presented himself as the harshest critic of the regime and corruption. Rouhani and Zarif have some different approaches and beliefs than the supreme leader. They believe that, in order to keep Iran united against domestic and foreign threats, the regime needs some changes. However, in view of Khamenei’s absolute power, they cannot put these into practice.

The incumbent president knows that without protecting the fundamental values of the Islamic Republic of Iran, he will not have any political future. All the candidates need to protect the current system as their career depends on it. So, despite Rouhani’s campaign promises of more rights, freedom and economic development, these will likely remain empty ones — especially with those areas that could challenge his government. This has occurred with previous presidents claiming to be reformists, such as Mohammad Khatami who promised much but changed almost nothing.

President Rouhani is trying to win the election in order to secure the nuclear deal, to unite the country’s different ethnicities under the promise of more freedom, to offer a better economy and more jobs, to be engaged with the outside world, and to become the most influential player in the region. Rouhani is likely to win the people’s vote, but the realities of today — such as the Trump administration, the rise of domestic nationalism and the socioeconomic crisis — will make it difficult for him to achieve social and political reform even if he wants to. 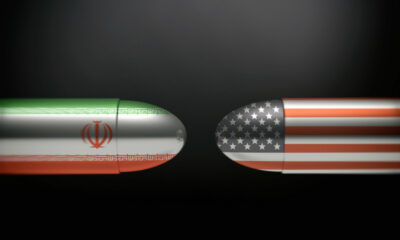 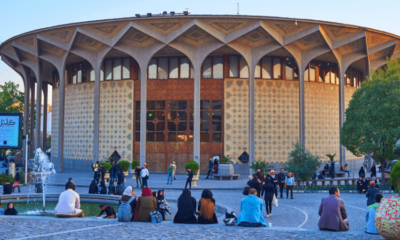