Returning Indonesian fighters must be provided with a reintegration program and not simply labeled as criminals.

With the largest Muslim population in the world, Indonesia‘s capability in combating extremism has been under scrutiny. Over the last year, there have been growing concerns that Indonesian fighters returning from Syria may be radicalizing others within the country.

The Indonesian government, since the Bali bombings in 2002, has adopted an active strategy in tackling possible terrorist attacks by taking repressive measures toward potential perpetrators. Many of them have been arrested and some even prosecuted.

It is clear that the patterns of radicalization have undergone a considerable transformation over time. The Internet has allowed radical views to spread quickly, which makes it more difficult for security services to detect extremists.

Consequently, around 514 Indonesians have managed to join rebel groups in Syria, including the Islamic State (IS). Some of these fighters have reportedly decided to stay, while others have returned to Indonesia.

In recent months, there has been much debate surrounding how the government should respond to fighters who have chosen to return. Some have argued that Indonesia should continue taking a “hard approach” by arresting and prosecuting these individuals upon their arrival.

But the hard approach, which has been adopted by the government since the Bali bombings, appears to be unsuitable. While the Jemaah Islamiyah members behind the 2002 terrorist attacks were quickly charged and sentenced, President Joko Widodo‘s government will find it difficult to legally charge returning fighters from Syria, simply because their motives are different to those of the Bali bombers — they former decided to go to Syria on their own free will.

So, can national security services arrest these returning fighters, who have never committed any crimes in Indonesia?

In reality, security forces continue to employ repressive measures against them by arguing that they might conduct terrorist attacks or spread radical views in the country. For example, Indonesian police arrested seven individuals in 2014 for possible connections with IS, while six others were detained at Soekarno-Hatta International Airport as they were suspected of traveling to Syria.

What happens to terror suspects after they have been arrested? Although the Indonesian National Counter-Terrorism Agency (BNPT) has initiated a reintegration program for those who have been suspected of terrorism or terrorist intentions, these individuals are usually imprisoned without trial, which means their case is treated just like any other criminal charge. But this is unethical. Suspected terrorists, especially those who have never been convicted of any crimes, are not criminals and do not deserve be treated as such. Many Indonesians who fought in Syria decided to return home because the situation was not what they expected it to be. Their intentions of fighting were to mitigate the suffering that the Syrian people have gone through since 2011, but after witnessing the brutality of groups such as IS, they felt it was time to return home.

Therefore, if these volunteer fighters are simply imprisoned and prosecuted, it is only likely to encourage resentment toward the government if they are perceived to have been treated unjustly.

The most important step that needs to be taken toward returning fighters is to provide them with a comprehensive reintegration program. This proposed strategy is not a new measure in fighting extremism and radicalism. In Denmark, for example, returning fighters are given a special facility where they are provided with practical assistance, ranging from treatment for shrapnel wounds to psychological counseling and help with job applications.

Denmark’s approach highlights an important lesson: The way to deal with returning fighters is not to simply treat them as criminals. They should not be shunned or prosecuted for returning to their home, but rather they should be supported as they reintegrate with society. This “soft approach” will be much more effective in reducing extremism in Indonesia, even if the results take a longer time to be felt.

Although the idea to establish a reintegration program for people with terrorism-related charges was reiterated by the Soesilo Bambang Yudhoyono administration in 2014, it has not materialized as yet.

The Indonesian government under Jokowi needs to quickly adopt appropriate measures to deal with the influx of returning fighters. Not addressing the issue properly will only result in more adversity, and it will fuel more anger among returning fighters from Syria. This will ultimately be another test for the Jokowi administration and a reflection of Indonesia’s capability of dealing with radical Islamization in the Asia Pacific. 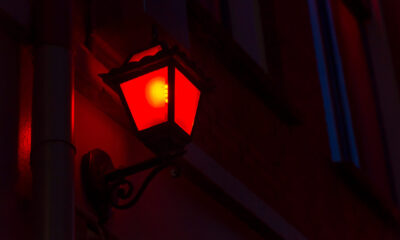