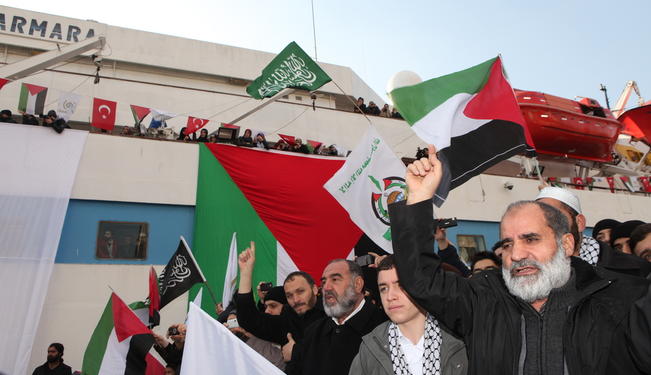 Hamas seems to be in real trouble at the moment.

The party-militia Hamas, a distant offshoot in Palestinian Gaza of the Muslim Brotherhood, has seldom been on the sunny side of the street. But a combination of difficult political choices has left it more isolated and more broke than ever before in its history, as China’s Xinhua wire service points out. Adding insult to injury, Hamas faces a Tamarrud (rebellion) youth movement of a strong secularist bent, that is vowing to do to it what Tamarrud in Egypt did to former President Mohammed Morsi of the Muslim Brotherhood.

Israel imposed a blockade on the entirety of Gaza in 2007, after its attempt to dislodge the party from power there failed. The blockade was damaging but imperfect, creating deep unemployment and food insecurity. There were ways partially to circumvent it. Egypt winked at the construction of huge underground tunnels from Gaza to the Sinai desert, through which smugglers brought in millions of dollars worth of goods. Moreover, cash came in from Iran to reward Hamas (Sunni fundamentalists) for allying with secular Syria and the Shiite fundamentalist Hezbollah of south Lebanon.

These were not ideological allies but rather strange bedfellows, all of whom only had a fear of Israeli expansionism in common. The expansionism may have been driven by Israel’s own insecurity, but it was real. Israel occupied and tried to colonize Gaza from 1967 to 2005, occupied Syrian territory in Golan from 1967, and occupied a substantial swath of South Lebanon from 1982 to 2000. In fact, neither the people in Gaza nor the Shiites in South Lebanon had been particularly militant before the Israelis tried to batten onto them and oppress and exploit them.

Palestinians have been among the least fundamentalist populations in the Muslim world, and the hard line religious temptation is one that only a minority felt. Hamas did win the January 2006 elections for the Palestine legislature, but that was a fluke and said more about the corruption and unpopularity of the Palestine Liberation Organization (PLO) rather than about desire for religious rule. In the aftermath, the Israelis and the Bush administration decided it had been an error to let Hamas run — in fact, Bush hadn’t expected them to win. They connived with the PLO (the leading party of which is Fatah) to make a coup against Hamas, which succeeded on the West Bank but failed in Gaza.

Hamas retained power in Gaza, but then faced the Israeli blockade, which aimed at punishing Palestinian civilians by keeping them just on the edge of hunger. Some 70 percent of Palestinians in Gaza are from families ethnically cleansed from their homes in what is now southern Israel in 1948, or in later wars such as 1967. Many of them could walk back home in an hour; and many of them still live in refugee camps, having never received compensation for the property that was stolen from them.

Hamas was presented with a severe dilemma by the outbreak of the attempted popular revolution in Syria, and then the civil war. The Syrian Muslim Brotherhood enthusiastically joined the opposition to the Baath government of Bashar al-Assad. The Brotherhood had opposed the socialist, secular policies of the Baath Party and its land reform and large public sector.

The Muslim Brotherhood represented urban shopkeepers and entrepreneurs, and ideologically is not so far from the evangelical wing of the US Republican Party. Moreover, the Baath came to be dominated by Alawite Shiites, whom Muslim Brothers do not consider Muslims. The Brotherhood staged a revolt in Hama in 1982, which al-Assad’s father brutally crushed, killing thousands.

Not only was Hamas’ alliance with al-Assad increasingly uncomfortable — what with the Syrian Muslim Brothers denouncing them as traitors — but then in June 2012, Mohammed Morsi of the Egyptian Muslim Brotherhood won the presidency. He opposed al-Assad and was a long-time warm supporter of Hamas.

So most of the Hamas leadership (not all) abandoned al-Assad and Damascus, seeking to replace his patronage and support with that of Morsi in Cairo. This move had the advantage of aligning Hamas with the other main regional branches of the Muslim Brotherhood.

Since Egypt is more influential with Israel than Iran, moreover, the alliance with Cairo also promised more likelihood of a successful truce with Israel. (In between bouts of militancy and violence, Hamas has often said it would accept a long-lived truce of up to a century, even though it rejects Israel in the long term.)

But the Hamas abandonment of Syria angered Iran, which allegedly cut Hamas off without a further dime. (The US has to stop charging Iran with being a supporter of "terrorism," if what it means is that it gives money to the government of Gaza.) That cut-off of Iranian support was all right with much of the Hamas leadership, however, as Morsi in Egypt was willing to become the movement’s patron instead.

Then on July 3 of this year, Morsi was overthrown by a combination of a popular revolution and a military coup. The Egyptian Muslim Brotherhood was more or less declared a terrorist organization by the military, with 2,000 of its leaders arrested and its sit-ins broken up in a bloody crackdown, killing hundreds.

Not only is the officer corps apparently determined to criminalize the Muslim Brotherhood in Egypt, they charge the Brotherhood with links to Hamas as a way of tainting the MB with the terrorism label. The Muslim Brotherhood foreswore violence in the 1970s, but Morsi’s support for Hamas is being used to tar him with the brush of terror. Hamas has deployed violence, including against civilians, for its political purposes and it is wed to an extreme theocratic vision of an oppressive religious dictatorship.

The Egyptian military even alleges that Morsi gave Hamas sensitive information about the Egyptian prison, in which he was being held during the 2011 revolution against Hosni Mubarak, so that they could send guerrillas to spring him and his associates from their cells.

So the Egyptian military now has it in for Hamas, as well, which they suspect of having links to Egyptian militants and rebellious Bedouin in the Sinai Peninsula, where Egyptian troops have lost their lives fighting al-Qaeda affiliates. As a result, the officers have done what Mubarak never dared: They have definitively closed the tunnels. Apparently nothing is getting through. And they closed the Rafah crossing. The Palestinians in Gaza are complaining that Egypt’s General Abdel Fattah al-Sisi has deeply harmed “tourism,” but surely that is a euphemism for smuggling.

Just as the Egyptian Muslim Brotherhood was overthrown in part by the militantly secularist Tamarrud or rebellion movement, so too have Palestinian youth in Gaza thrown up their own rebellion group. They feed stories to the Egyptian press, such as that Hamas keeps a secret string of secret prisons where they imprison their ideological (secular) enemie,s and where they practice the ugliest kinds of torture and interrogations. The Gaza movement claims to have masses of supporters and to be considered a real threat by Hamas.

In fact, the Israelis are now being a little nicer to Gaza than the Egyptians, since they are sending in a few truck loads of building materials, on which they still have restrictions lest Hamas build military bunkers with the cement. The extent of Israeli generosity should not be exaggerated.

The USG Open Source Center translates this item for September 21:

“Palestinian Information Center in Arabic at 08:19 GMT on 21 September cites Deputy Jamal al-Khudari, chairman of the popular committee for confronting the siege, as saying that ‘losses incurred by the suspension of the projects of the private sector, the municipalities, and the various institutions in the Gaza Strip have reached $100 million as a result of the Zionist siege,’ adding that ‘Israel’s promises to allow entry of building material covers only 25 percent of these projects if Israel fulfills its promise, which means the continued disruption of many of these projects.’”

Some observers are speculating that the Egyptian army will intervene in Gaza to overthrow Hamas. Others think Hamas will be forced by its new financial woes to make up with the PLO, which runs the West Bank, and essentially put itself under President Mahmoud Abbas.

While it is true that guerrilla movements are difficult to simply starve out, Hamas does at the moment seem in real trouble. There have long been signs that Palestinian youth in Gaza are sick and tired of its extreme fundamentalism; so if change comes, it could have a local social base. 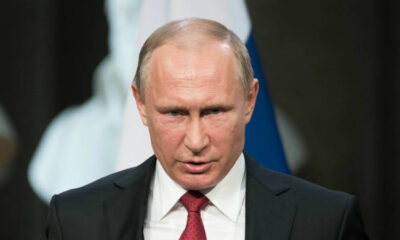 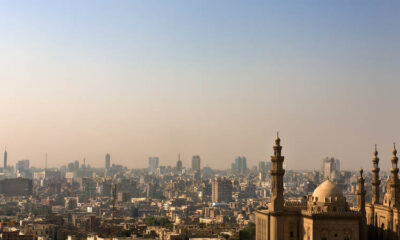