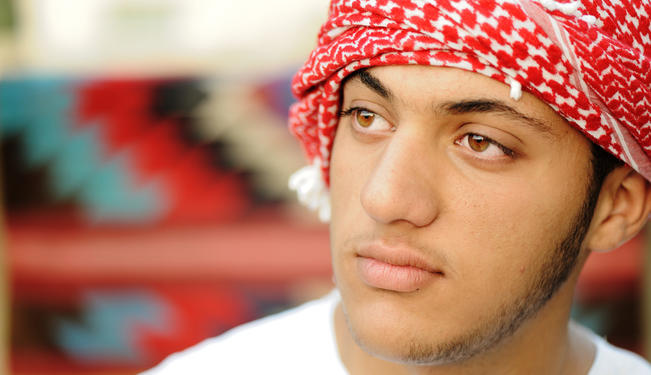 In the Middle East and North Africa, rates of unemployed young women are eight times that of men. This is the first of a two part series.

After more than two years, economic issues raised during the Arab Uprisings are still lingering on government agendas. Along with governance and transparency concerns, the most obdurate legacy for most countries is the demand for meaningful employment — a nettlesome priority that bedevils governments in the Middle East and North Africa (MENA), including the wealthy Gulf Cooperation Council (GCC) members.

A Complex and Interconnected Challenge

Current governments are burdened with trying to fix education and training regimes that did not prepare local management and workforces for competitive global markets. The lack of a qualified labor force is part of a web of symptoms that result in weak economic growth policies. In addition, opaque regulations are an obstacle to open and competitive markets, as well as restrictive financial regimes that continue to block attempts to broadly facilitate entrepreneurship and greater domestic and foreign investment. While there are some glimmers of improvement, after decades of neglect, the prospects for short-term solutions are limited.

Improving education and training requires an organic strategy that incorporates stakeholders across the employment spectrum, from labor and management to the labor pool, government ministries, the private sector, and all intermediary groups and institutions, including NGOs and civil society focused on concerns ranging from gender to healthy environments.

A core economic issue is the plight of youth, usually defined as those under 30, with little schooling through university education, who are marginally employed usually in the informal economy, unemployed, or seeking employment. The priority of youth employment was in the spotlight of the 2013 WEF in Amman, Jordan where experts in employment and education and advocates such as Queen Rania of Jordan were quite explicit about the challenges confronting the region. According to the 2013 World Bank development report on jobs, some 40 percent of men and 62 percent of women in the MENA are engaged in non-wage employment (farming and self-employment).

The International Labor Organization (ILO) put youth unemployment at 28.3 percent in 2012 and says it will not reverse course for the next five years, despite a global economic recovery the ILO projects at 30 percent by 2018. In his remarks at the WEF, Majid Jaafar, CEO of Crescent Petroleum, noted that on average, over 25 percent of the region's youth are currently unemployed and the figure is rising — expected to exceed 30 percent within five years, and already exceeding 50 percent in some countries.

While there is universal agreement on the centrality of improving job opportunities for youth in the MENA, realistic programs and goal-setting are constrained by four fundamental factors:

1.   Availability of jobs: Throughout the region, from Mauritania and Morocco to Qatar and Saudi Arabia, there is a jobs deficit due either to a lack of opportunities, a mismatch between the job skills and those of the labor pool, gender restrictions, or perceptions of young people concerning available jobs.

2.   Lack of investment in projects that create jobs for nationals: Either there is not enough local and foreign investment to drive job creation, or projects are capital (energy) or skills intensive (construction, infrastructure), limiting opportunities for inexperienced local hires.

4.   Need to coordinate and target international and national economic and technical assistance programs: Too often, well-meaning efforts are in silos within government ministries or agencies, and do not benefit from a broader perspective on closing the gap between education and employment and applying value chain analysis and similar tools to better utilize human investment dollars.

Agencies look to addressing their specific objectives rather than seeing how their efforts impact other agencies. For example, entrepreneurship, technical, and vocational training will benefit from closer coordination and sharing of resources to align programs to provide skills for trainees that enable them to make choices, rather than limit their options to certain trades.

Given the wealth and demographic differences among the MENA countries, there are few cookie-cutter approaches or “lessons learned” that can be applied across the region. Rather, a series of principles need to be defined in each case, informed by similar efforts in other parts of the world. As the Arab Competitiveness Report 2013 points out:

“North African economies face significant challenges related to labour-market efficiency and institutions. More labour-market flexibility and more efficient allocation of talent, as well as a fundamental overhaul of the institutional framework, will be crucial for creating growth and employment in these countries [Libya, Morocco, Egypt, and Algeria].”

While the required reforms may be conceptually and technically straightforward, the political, social, and economic stakeholders in each country will inevitably shape the policy outcomes.

Take the issue of facilitating skills acquisition by youth. With the majority of the populations in MENA between the ages of 15-35, there are few prognosticators who are willing to divine how that demographic surge is to be absorbed, particularly if greater female employment is an objective.