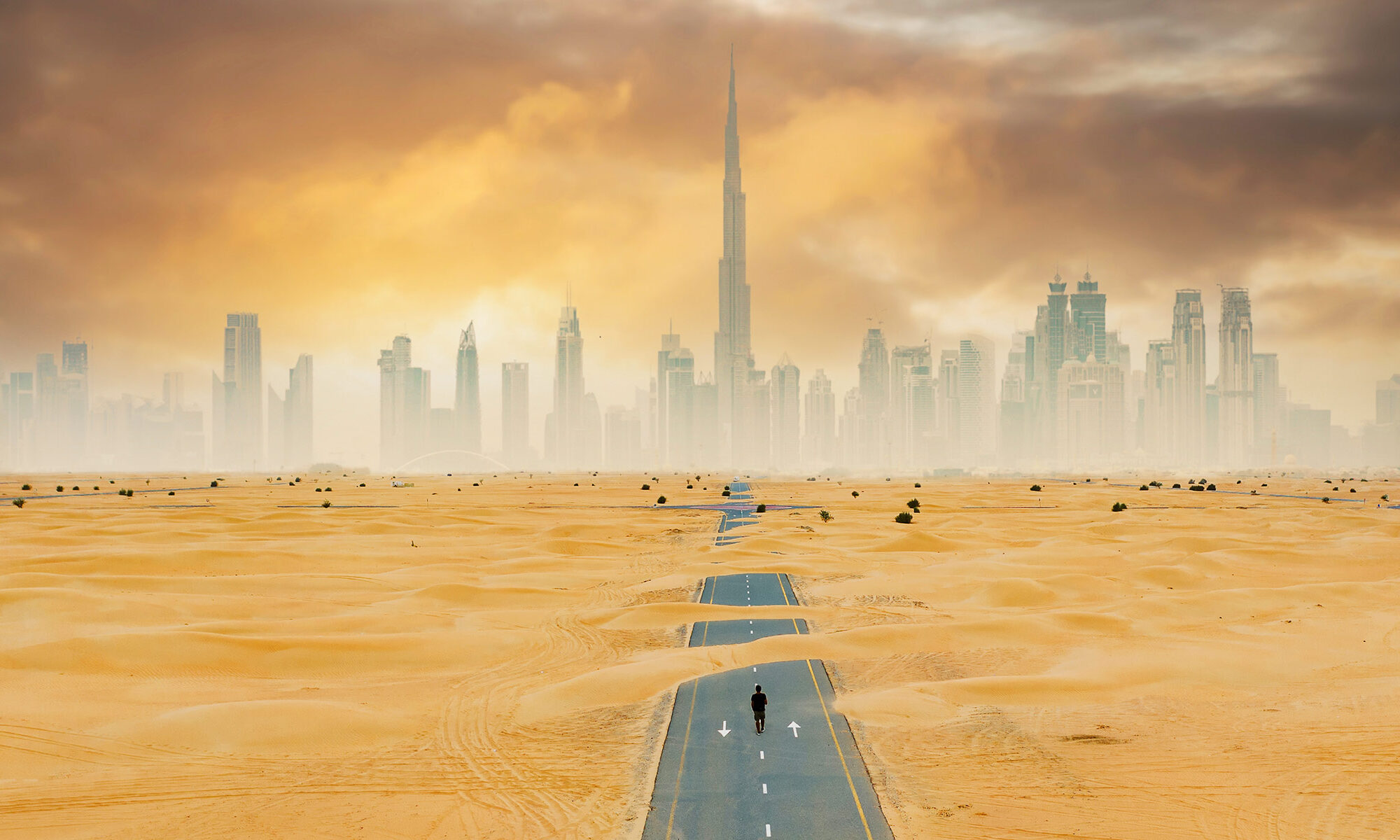 Global warming is an established ongoing threat, and the Middle East is warming at twice the global average. This summer, Oman, the UAE, Saudi Arabia and Iraq have experienced temperatures surging above 50˚C. It is quite plausible that temperatures could rise closer to 60˚C over the coming decades. This would be truly disastrous for the region, translating into more heatwaves along with extreme drought or extreme precipitation in some areas as well as rising sea levels or wildfires.

Exposure to extreme heat can be fatal for those who have no access to air conditioning. Apart from being a direct threat to human life, the effects of climate change and high temperatures have the potential to spill over and impact all sectors of the economy.

It has been long understood that economic activity and climate conditions are related. This relationship between the climate and the economy has defined the magnitude and scope of markets in several countries, including in the Middle East. In 2020, the World Economic Forum concluded that climate change is ranked as the biggest risk to the global economy.

The Climate and the Economy

While greenhouse gases have no geographical boundaries, their impact differs significantly across the globe. A paper published in Nature indicates that under current climate policies that are on course for an average temperature rise of 2.9˚C above pre-industrial levels by the end of the century, the world’s most vulnerable countries would suffer an average GDP loss of around 20% by 2050 and in excess of 60% by 2100. In the Middle East, Sudan is expected to suffer the most: Its GDP is projected to drop by around 32% by 2050 and by more than 80% by 2100 as a result of climate change.

One sector in the economy that would struggle the most is agriculture. Exposure to high temperatures could cause losses to agricultural production as heat stress negatively affects plant growth and animal productivity. Over time, heat stress is likely to increase vulnerability to disease and reduce dairy output. According to a 2018 UNDP report, crop production in the Middle East region is expected to drop by 30% in case of 1.5˚C-2˚C warming by 2025. Additionally, extremely high temperatures might aggravate an already bad situation in this sector.

On the one hand, agriculture is the largest consumer of water in the Middle East, using between 78% to 87% of all resources. Higher temperatures will add more stress to irrigation schedules in terms of both frequency and amount. On the other hand, farming activity and businesses could be wiped out as they do not contribute significantly to the regional economies, whether in terms of GDP or exports, in proportion to the amount of resources it uses. This translates into a potential risk of economic instability and disruptions in the food supply chain.

Similarly, the tourism sector in the Middle East would lose a significant share of the market due to climate change. In 2018, tourism contributed $270 billion to the region’s GDP, or around 9% of the economy. In the Gulf Cooperation Council (GCC) countries, as of 2020, the tourism sector had, on average, a 13% share of the GDP. Although the pandemic has slowed down travel, the sector is now attempting to recover.

The impact of climate change on the sector could be irreversible. In Jordan, the Dead Sea, which used to attract some 1.5 million visitors every year, now welcomes just a few thousand after it had shrunk by almost a third due to low rainfall and high temperatures. Alexandria, in Egypt, home of one of the Seven Wonders of the World as well as a storied library, faces flooding, building collapse and loss of life as a result of sea-level rise.

Furthermore, some of the driest countries in the region suffered from flooding as a result of sudden heavy storms. For example, Jeddah, in Saudi Arabia, was hit by abrupt storms that killed 30 in November 2018. Long periods of dry weather increased fire risks in Algeria, which suffered devastating wildfires that took 90 lives in August.

The Impact on Energy Systems

Energy systems are no different than the tourism and agriculture sectors in terms of susceptibility to climate change. For example, energy demand for space cooling will rise due to average temperature increase. In 2015, it was estimated that 80% of total energy in the Middle East is used for cooling systems. These countries face challenges meeting growing energy demands, particularly during the summer months, and they could experience frequent grid failures and subsequent power blackouts.

Power shortages and blackouts would in turn cause negative societal and economic impacts. Cooling systems are necessary to sustain life during extremely high temperatures, and blackouts could significantly affect the everyday activities of the local populace.

Given the negative impact of high temperatures, in order to combat growing greenhouse gas emissions, GCC policymakers should consider an integrated climate change policy that helps enable decision-makers to allocate natural resources in a sustainable and integrated manner as well as achieve net-zero carbon emissions. The Middle East and other countries around the world must factor climate change into their strategic planning in order to secure economic development alongside a climate-resilient economy. Unfortunately, the concept of integrated climate policy is relatively new to Middle Eastern countries in particular.

Lastly, and most importantly, GCC members and other countries in the region have launched climate change initiatives to reduce emissions and adapt to high temperatures. For instance, at the end of October, Sheikh Khalid bin Khalifa of Qatar unveiled the national environment and climate strategy in an effort to mitigate climate change impact. Under the plan, the country hopes to reduce greenhouse gas emissions by at least 25% by 2030.

Other targets include reducing groundwater extraction by 60%, reducing daily household water consumption by a third and the doubling of desalination via reverse osmosis as well as prioritizing high yield and sustainable agriculture production by driving more than 50% improvement in farmland productivity.

The initiative emphasizes the importance of balancing the different goals and interests among resource consumers. This will improve security and accelerate the transition toward a climate-resilient economy as well as drive climate change adaptation and mitigation strategies for Qatar, the Middle East and the world.

The views expressed in this article are the author’s own and do not necessarily reflect Fair Observer’s editorial policy or HBKU’s official stance.