At the beginning of February, the Biden administration made two relevant decisions on Yemen with far-reaching consequences for the country and US policy in the Arabian Peninsula. The first announcement concerned the end of US support for “offensive operations” conducted by the Saudi-led coalition in Yemen, a campaign promise President Joe Biden followed through. The US will suspend all pending arms deals with the countries intervening in the Yemeni Civil War. These notably include the sale of $500 million worth of precision-guided missiles to Saudi Arabia and the purchase of 50 F-35 fighter jets by the United Arab Emirates agreed under the Trump administration. In addition, the US Department of Defense announced a cessation of intelligence sharing related to military targets inside Yemen.

The Battle Lines of Yemen’s Endgame

The second step concerns the revocation of the designation of Ansar Allah (the Houthis) as a terrorist organization. The designation was an 11th-hour move by the previous administration that had sparked an international outcry as it would have hindered the capacity of international NGOs to deliver much-needed humanitarian aid to Houthi-controlled areas, where 80% of the Yemeni population currently lives. The two decisions were accompanied by a renewed commitment to the UN-led peace process that saw the appointment of Timothy Lenderking, a career diplomat with extensive experience in the Arabian Peninsula, as the US envoy to Yemen. These policy shifts rang alarm bells in Saudi Arabia.

Although largely predicted, Biden’s move complicates the already shaky position of Saudi Arabia in the conflict. Riyadh faces multiple hurdles in Yemen while seeking an exit strategy. Over five years, a bombing campaign, a maritime blockade and military support to proxies on the ground, alongside the UAE, have not been sufficient to defeat the Houthi insurgency, while the human cost of this attempt has left indelible scars on Yemen and its people.

After acknowledging the impossibility of victory, Riyadh underwent painful negotiations with the leadership of Ansar Allah in 2019. A mediated solution would allow the Saudis to scale down their costly intervention and spare the Al Saud royal family an outright display of weakness in a region where military prowess is a determinant of political weight. However, last November, Ansar Allah began to intensify its attacks against Saudi targets utilizing Iran-supplied military hardware.

The Houthi campaign exposed the vulnerability of the Saudi strategic infrastructure to asymmetric attacks launched through drones, missiles and explosives-laden boats targeting oil facilities, airports, commercial vessels and ports. As a result, the mediation went awry, and Saudi Arabia scaled up its bombing campaign against Ansar Allah once again.

Moreover, the Saudi intervention in Yemen was confronted with another issue: southern separatism. After Abu Dhabi decided to partially pull out from Yemen in July 2019, the Southern Transitional Council (STC) — the UAE’s main political ally — cut ties with the internationally recognized government of President Abd-Rabbu Mansour Hadi and began to push for the independence of southern Yemen. Since then, STC separatism has forced the Saudis to commit to the maintenance of the anti-Ansar Allah coalition through the Riyadh Agreement between Hadi and the STC, which collapsed in April 2020 and came back into force last December.

Yet all evidence indicates that a power-sharing solution in Aden is far from secured as party-affiliated militias remain outside government control, some STC factions oppose the Riyadh Agreement, and tensions persist inside the coalition between the STC and the Islah party, the Yemeni offshoot of the Muslim Brotherhood. This indicates that Riyadh cannot disengage from southern Yemen without causing the collapse of the anti-Ansar Allah front.

In this situation, President Biden’s announcement poses two problems to Saudi Arabia. The end of US support is not enough to stop the intervention overnight as Saudi Arabia already possesses large reserves of American military supplies. The military cooperation between Washington and Riyadh is deep and multidimensional, including logistical, technical and training support to the Saudi army, especially the air force, and President Biden’s pledge to “help Saudi Arabia defend itself, its sovereignty, territorial integrity and its people” signals that these forms of assistance will likely continue unabated.

Nonetheless, this decision makes the intervention unsustainable in the long term since the Saudi military apparatus is deeply reliant on US military hardware, which cannot be replaced quickly. Thus, the US is setting a deadline on the Saudi intervention without pulling the rug from under Riyadh’s feet.

In parallel, the unconditional removal of Ansar Allah from the list of terrorist organizations seems to have empowered the Houthis. The designation was supposed to force the rebel group to halt its attacks and negotiate a solution with Saudi Arabia. After acknowledging the revocation and the de facto deadline on the Saudi intervention, Ansar Allah launched a new offensive in Yemen’s Marib and Taiz governorates alongside a series of cross-border attacks against Saudi targets. The Ansar Allah leadership wants to show that it is driving the Saudis out of Yemen and is losing interest in the peace negotiations. Consequently, Saudi Arabia now finds itself in a weaker position as pressure mounts against its intervention but fades when it comes to the Houthis.

What Are the Paths Toward Peace in Yemen?

Against this backdrop, Riyadh responded to Biden’s announcement on February 6 by praising the US commitment to reinforce defense cooperation but without mentioning the end of support for the war in Yemen. Even in official communications, Saudi Arabia pursues an appeasement strategy that has led its leadership to end the Qatar blockade in January, shorten the sentence of women’s rights activist Loujain al-Hathloul, and release two US-Saudi dissidents detained since April 2019. The Saudis seem confident that once electoral promises are carried out and Riyadh exits the international spotlight, US-Saudi relations can return to business as usual.

But the appeasement strategy has not brought substantial dividends, and Washington is even testing the water — so far unsuccessfully — regarding reentering the Joint Comprehensive Plan of Action with Tehran. If US commitment will prove serious, Biden will have to follow through before the next midterm elections in 2022, when the Democrats might lose the Senate and, along with it, the chance to ratify the Iran nuclear deal.

In the meantime, Saudi Arabia continues to diversify its international alliances in line with the perceived withdrawal of the United States from the Middle East. Riyadh can already rely on strong economic ties with China, energy cooperation with Russia at OPEC+ level and security cooperation with these and other middle powers, such as India. As pressure mounts from Washington, Riyadh might be further incentivized to deepen relations with other partners and use them to balance out US demands on human rights.

When it comes to Saudi leadership, Crown Prince Mohammed bin Salman’s three most important decisions have all been challenged in one way or another. The Qatar blockade did not bring any tangible results and was eventually revoked. The intervention in Yemen has been counterproductive on many grounds and will become increasingly unsustainable in light of a change of direction in Washington. Lastly, the economic transition planned in Vision 2030 has no end in sight, while the COVID-19 crisis has further slowed down progress.

On top of that, the crown prince was reportedly open to finding an agreement with Israel, as indicated by his secret meeting with Israeli Prime Minister Benjamin Netanyahu in NEOM at the end of November last year. Yet the opposition of his father, King Salman, was sufficient to stop the recognition of Israel for the time being. Most notably, the message came through Prince Turki bin Faisal, who harshly criticized Israel at an international conference in the aftermath of the bin Salman-Netanyahu meeting.

Thus, the new scenario of US-Saudi relations is not favorable to the leadership of Muhammad bin Salman. The Biden administration seems committed to reining in the crown prince’s adventurism in the Middle East and at home, complicating any future operation of domestic repression against the high ranks of the Al Saud family. President Biden’s criticism against bin Salman has culminated in the release of the CIA report on his role in the murder of Washington Post journalist Jamal Khashoggi. The report sparked a new wave of criticism against the crown prince at the international level but not domestically. According to Dr. Cinzia Bianco, a senior analyst at Gulf State Analytics, “The Saudi youth perceived the report as a confirmation that the US has no definitive evidence of MBS’ responsibility in the assassination.”

Therefore, it is safe to say that Mohammed bin Salman’s position inside the kingdom is robust. All his direct adversaries within the royal family have been sidelined or jailed over the past four years. In Bianco’s opinion, “If Washington really wanted to topple MBS, it could have applied sanctions against him.” Nevertheless, the latest events have weakened his leadership and possibly emboldened the princes who are discontent with his rule. Much will depend of the future of external relations with the United States and the results of economic reforms.

Regardless of internal dynamics, President Biden’s move has complicated the Saudi position in Yemen, and a diplomatic solution to the war still seems out of reach. The dialogue between Washington and Tehran might further marginalize the Kingdom of Saudi Arabia. As a result, the US policy shift on Yemen is placing a heavy burden on Saudi foreign policy. 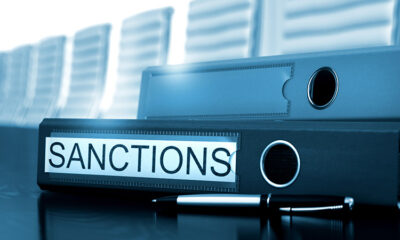