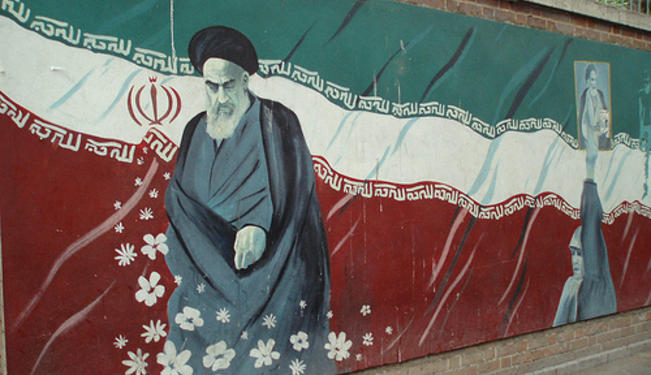 Analysis on the escalating tension between Iran, Israel and the US, and the stakes that various international players have in the issue.

Syria is not about democracy. It is about controlling Iran by weakening an obdurate ally. Iran is not so much about bombing the country before it gets the Bomb, but more about bringing about a regime change that will be amenable. There is considerable war rhetoric on both sides. There are discussions on the respective strengths and weaknesses, attacks and counterattacks, strategies and tactics and their chances of success and failure. This makes it obvious that most of this is intended to be an elaborate ‘psywar’ campaign through the media and think tanks. The only problem with such high-decibel war cries is that they develop a logic and momentum of their own.

There is a periodic urge in the West to fix Iran. Syria and Iran had been listed on the State Sponsors of Terrorism list for decades even before September 11, 2001. In 2002, George Bush described Iran as a member of the ‘Axis of Evil’. Despite all this, there were talks of negotiations.

A certain section at the US State Department, which included the then-Secretary of State Colin Powell, wanted to work on a new policy on Iran, including negotiations on nuclear issues. The Iranian regime had offered to negotiate in 2003 but the group that favoured the belief that the Ayatollahs were out to destroy Israel won the argument. The neo-cons set about creating a ‘new reality’ in West Asia beginning with Iraq. Condoleezza Rice also did make some overtures in 2006 to Iran but by then the US was too deep into its War on Terror with Iran as the second main target, to make any reasonable negotiation possible.

In a way, all the three participants in the game — the US, Israel and Iran — are hyperventilating today the same way they did a few years ago. US Defense Secretary Leon Panetta is worried about a pre-emptive unilateral strike by Israel in the next few months. The Chairman of the Joint Chiefs of Staff General Martin Dempsey has also told the Israelis that the US would not participate in a war started by Israel. James Clapper, Director of National Intelligence, told a Senate hearing on February 1st that “we do not know if Iran will eventually decide to build nuclear weapons”. The US is apprehensive of being caught in the middle of a messy situation because an Israeli attack on Iran would definitely mean a full-blown war. Instead, it is pursuing the sanctions route against Iran.

However, the Israelis think and say otherwise. Prime Minister Benjamin Netanyahu and Defense Minister Ehud Barak are convinced that Iran is on its way to making the Bomb but also add that no decision on a deadline has been taken yet. Former Mossad Chief Mier Dagan and former Chief of Staff Gabi Ashkenazi believe that Iran is still some way away from the Bomb and a military strike could be catastrophic. However, Israelis are convinced that Iran has taken a strategic decision to wipe out Israel and that no one but Israelis can defend their country.

Barak and other political leaders believe that the window for carrying out a surgical strike is closing fast. They feel Iran will move its facilities to safer areas and that will make it more difficult to target, despite the new munitions from the US. The assessment is that Israel has the ability to severely damage Iranian nuclear sites, Israel will eventually have tacit US support and there is no other option left.

Iran, on the other hand, has also done its bit of saber rattling. In an unusual speech recently, Ayatollah Ali Khamenei warned that threats to Iran would be detrimental to the US and that the war itself would be ten times more detrimental to the US. The Iranians live in a region that is predominantly Sunni and Arab and they are known to be hostile towards them. They also have the huge armada of the US Central Command forces staring down at them.

The Iranians do feel surrounded but with the support they have extended to the Hamas and the Hezbollah all these years, they themselves are no angels.

Despite all the talk about Iran, it is presently Syria that harbors Hamas. Former Mossad Chief Efraim Halevy recently wrote in the New York Times that Syria is becoming Iran’s Achilles’ heel. “Ensuring that Iran is evicted from its regional hub in Damascus would cut off Iran’s access to its proxies (Hezbollah in the Lebanon and Hamas in Gaza) … This would be a safer and more rewarding option than the military one,” he wrote. For this, Russia, which essentially wants access to Syria’s Mediterranean ports in Tartus and Lataki, must be taken on board.

It is difficult to say how India should react to the developing situation in Syria and Iran. American and Indian interests in the area are limited to Iran not acquiring nuclear weapons. The tactics of forcing deeper sanctions are more likely to lead to more stiff resistance by the Iranian leadership. India imports 12% of its oil requirement from Iran. India’s access to Afghanistan and Central Asia is through Iran given that Pakistan remains intransigent on such issues. Iran is our neighbour, and Israel and India have a developing partnership. We can and must push for a negotiated settlement because sanctions are not desirable. They are ineffective and sometimes counterproductive.