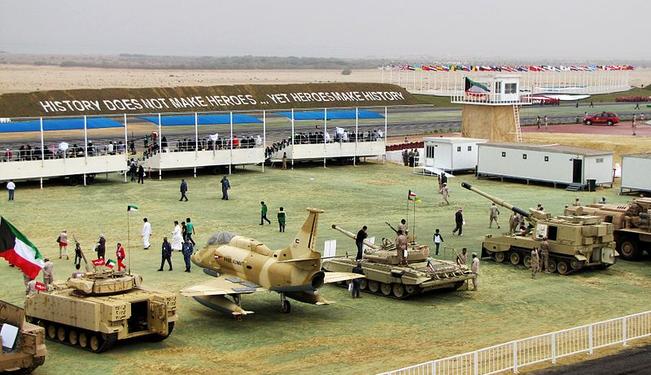 China’s decision to veto a condemnation of Syria’s regime at the United Nations Security Council is the latest signal that illustrates the need for a fundamental change in Chinese foreign policy.

The question is not whether but when the officials in Beijing will abandon the principle of non-interference in other countries’ affairs to protect their expanding interests around the globe. China joined Russia in vetoing last weekend’s resolution partly because of fear that supporting the UN’s rebuke of a government’s brutal suppression of its people may affect China itself, given its treatment of Tibetans and Uighur Muslims in the Xinjiang autonomous region.

Yet China’s economic growth and associated need to secure resources increasingly have been at odds with this long-standing policy of being aloof. This is especially true in the resource-rich region that stretches from the Atlantic coast of Africa to Central Asia and the subcontinent, much of which is now in revolt.

Over the past year, a series of incidents in the region have tested China’s non-interference policy, but without serious damage to the country’s image. With China’s veto of the UN resolution on Syria, Chinese determination to cling to a principle rooted in 19th-century diplomacy seems set to backfire.

Painted Into A Corner

Rather than portray China as a global power that seeks good relations with all and—unlike the US—doesn’t meddle in other countries’ affairs, last weekend’s veto of a relatively toothless condemnation of the regime in Damascus has painted China into a corner. The nation now appears to support an international pariah that brutally suppresses its people: a stance that risks roiling ties with some of China’s most important energy suppliers in the Arab League, which sponsored the defeated UN resolution.

In Libya, China initially avoided its policy dilemma. At that point, the Chinese abstained from voting on a UN resolution that effectively authorized international military intervention in Libya on humanitarian grounds. Chinese diplomats then went a step further. They supported a Security Council resolution that imposed an arms embargo and other sanctions on the regime of Libyan leader Muammar Qaddafi, and endorsed referral of the regime’s crackdown to the International Criminal Court in The Hague.

China cultivated relations with both Qaddafi’s embattled regime and the Benghazi-based rebels. Yet that even-handed approach did not prevent the rebels from threatening a commercial boycott, particularly after they found documents showing that Chinese defense companies had discussed the supply of arms with Qaddafi operatives. A Chinese Ministry of Commerce delegation visited Libya this week in a bid to recover at least some of the losses that China, Libya’s biggest foreign contractor, suffered with the evacuation last year of 35,000 workers who were servicing $18.8bn worth of contracts.

The Arab revolt is certain to force not only a revision of China’s policy of non-interference but also of the employment practices of Chinese companies. With new and long-standing governments in the region desperate to reduce unemployment–a key driver of the revolts–the authorities in Libya and elsewhere are likely to demand that Chinese construction companies employ local, rather than imported, labor.

Moreover, Chinese authorities have come under criticism twice in recent days in the country’s social media for their inability to protect workers abroad: 29 Chinese nationals were kidnapped by rebels in Sudan’s volatile South Kordofan province, and an additional 25 were abducted by restive Bedouin tribesmen in Egypt’s Sinai Desert. The critics charged that as a superpower, China needed to project its economic, as well as its military muscle and to stand up for those who put their lives at risk for the national good.

Censors were quick to remove the critical messages from social media because they touched a raw nerve. A policy of winning friends economically rather than making enemies by flexing military muscle, is increasingly inconsistent with China’s dislike of appearing weak and vulnerable. National pride was at stake. The dilemma sparked public debate: official media stated China needs time to build the necessary military capability to intervene when its nationals are in jeopardy, while others argued that China’s inaction may encourage further attacks.

The need for a revised approach to the Middle East and North Africa, as well as countries such as Pakistan and Afghanistan, will become increasingly clear as China boosts its investment in Central and South Asian nations before the scheduled 2014 withdrawal of the US forces from Afghanistan, where China has secured oil and copper rights.

Reports that China might establish military bases in Pakistan’s insurgency-plagued northwestern tribal areas, and a naval base in the Balochistan port city of Gwadar, could create further pressure for change. China holds the Pakistan-based East Turkestan Islamic Movement responsible for last year’s attacks in Xinjiang’s city of Kashgar. Defeating the movement is a key part of Chinese plans to keep regional trade and energy flowing, and the bases in Pakistan may tempt China to take the role of the regional policeman.

If it takes an event to drive a change of China’s foreign policy, Yemen may prove to be the spark. With $355bn.worth of trade with Europe, and a quarter of China’s exports traveling through Bab el Mandeb—the strait that separates Yemen from Somalia and Djibouti—China cannot afford a collapse of law and order in Yemen. The crisis-ridden country is countering multiple threats, including an al-Qaeda insurgency after mass protests and inter-communal fighting that forced the resignation of President Ali Abdullah Saleh and paved the way for elections.

China has breached its non-interference policy to respond to these pressures in the recent past. Its deployment of naval vessels off the coast of Somalia to counter piracy, for example, constituted the first Chinese venture of its kind.

However, China’s status as an emerging economic superpower demands that it becomes a more muscular global actor to pursue its interests. Ultimately that will mean taking positions on domestic disputes and conflicts around the world that have a bearing on China’s global national-security interests, the very opposite of the stance it adopted on Syria. Similarly, China will need to maintain military bases in key regions that will serve to secure Chinese demand for natural resources, and to satisfy domestic calls to ensure the safety of its nationals abroad.

In short, China will have to use virtually the same tools employed by the US, shouldering the risks of a foreign policy that is interest-driven and therefore, at times, contradictory.

*[A version of this article originally appeard on Bloomberg View]