Algeria may provide the clues to a new era in the history of democracy for the entire globe.

When the media questioned a young militant in Bejaia, Algeria, about how the movement represented by the protests that have shaken the regime to the core should be structured, Yanis Adjlia replied: “Pour le moment, la structuration n’est pas nécessaire. C’est un mouvement horizontal.” This translates literally as “for the moment, its structuration isn’t necessary. It’s a horizontal movement.” In a more idiomatic translation, we would probably say, “It doesn’t need to be structured since it’s a horizontal movement.”

Following President Abdelaziz Bouteflika’s stroke in 2013 that turned him into a vegetable but didn’t prevent him from being re-elected in 2016, the Algerian political machine has functioned for the past six years largely in a state of artificial equilibrium and suspended animation. Bouteflika’s credibility derived from his distant past, as one of the prominent members of the revolutionary generation that won Algeria’s independence in the 1960s, and his welcome role in stabilizing the nation after the murderously chaotic decade of the 1990s. The one-party system focused above all on containing the never-completely-throttled internal terrorist threat ensured that Bouteflika could be accepted by Algerians as the figurehead of a darkly-administered ship of state. The largely anonymous crew of political and economic managers channeling the profits from oil, seconded by the army, handled all the tasks required to keep the vessel afloat.

The Algerian economy and political system thus owed its stability to a radically vertical, authoritarian structure supported by oil revenues that provided a sufficient cushion to weather most storms. But as with all structures, even the most solid beams and buttresses weaken, bend and eventually crack. The continued decline of both oil prices and the people’s respect for an aging ruling class that had consistently failed to act on the reforms it had previously promised brought things to a breaking point, provoked by the announcement of an election that would be nothing more than a ratification of the status quo.

This was the straw that not only broke the camel’s back, but metaphorically strained the backs of every camel across the Algerian Sahara, provoking a growing revolt of the formerly disciplined and well-aligned camel train that the Algerian population had become. As often, especially in former colonies, the younger generations and especially students sparked the revolt. Unlike their elders, they had no objective reason to show reverence to the historical relics who consistently neglected the needs of the people in favor of satisfying the interests of the ruling elite.

So far, the revolt has been at least superficially but increasingly successful as even some of the dominos of the power structure begin to wobble and fall. In their commitment to a lack of “structuration,” the students have managed to steer clear of being perceived as an impudent enemy. As other Algerians joined their peaceful demonstrations, the students drifted discreetly back into the wings.

Important segments of the power structure itself have now begun openly embracing their cause and appear ready to act on it. A top military figure, Army Chief of Staff Lieutenant General Ahmed Gaed Salah, has praised the “noble aims and pure intentions” of the demonstrators. Reuters reports: “The National Rally for Democracy (RND), a member of the ruling coalition, has joined ruling party officials, unions and business tycoons who have abandoned Bouteflika in recent days.”

Algeria may appear to be an example of a more general historical trend, signaling a mutation in the way all democracies work (or fail to work). It applies equally to autocratic democracies — ones in which there is a unique dominant party — and the most open, presumably competitive democracies, such as the UK or the US.

The system of parties as the pillars of power structures is being seriously challenged across the globe, with key examples not only in the UK and the US, but also in France, Italy, Germany and now Algeria and Kazakhstan. There can be little doubt that traditional parties are in a state of growing confusion in all of these nations. That has of course happened in the past. But instead of seeing new organized movements arise, capable of taking control when the weakened establishment parties begin to implode and eventually replacing them, we are beginning to observe the power of unstructured movements that gain momentum that appear less focused on running the government than producing a potentially radical effect over time.

The gilets jaunes (yellow vests) in France have been criticized for their inability to put in place a structure, which many feel would be the prelude to a program of government and at least to putting in place the means of containing spontaneous violence. French journalist Pauline Bock, writing in The Guardian, reminds the world of a point we made recently: “Every week, commentators claim the movement is fading. And yet, the following weekend, the yellow wave washes over France again. The attendance numbers may fluctuate, but the anger remains.”

The Brexit fiasco and Donald Trump’s election in 2016, followed by Emmanuel Macron’s successful attempt to divide the partisan waters in France in 2017 all combined to provide dramatic evidence of the breakdown of the role and prestige of traditional parties. That may mark the end of a period in history where democracy was defined by the action of rival parties. What we see today is perhaps the beginning of a period in which movements define democracy, movements that refuse the traditional party structure, that eschew the urgency of political organization, but find a way of reorienting the political vision of their nations.

For the moment, the pundits are still thinking in the mode of the previous phase of history. They ask a series of questions: Who will effectively get their hands on power? How will they organize it and what action will they take? The same pundits assume that, in some cases, the existing power structure will crush the threatening movements, whereas in others the movements will mostly ape those they replace and spend most of their energy organizing their own privileges. That’s always what happens when leaders and parties are in a rush to consolidate power.

But what happens when they stop being in a rush, as we’re seeing now? At a time when the planet itself requires urgent attention, a certain form of patience and resolve may be the only way of preserving the future of our nations and of humanity itself. 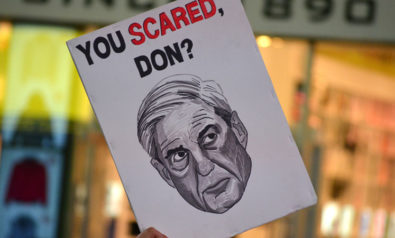 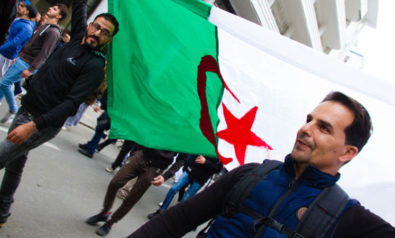