Cartagena, a port city in northern Colombia, shows the history and diversity of Latin America.

Colombia is captivatingly emblematic of Latin American traits that everyone associates with the region even without visiting it: a football fervor that paralyzes life and business nationwide whenever Los Cafeteros are playing; a liquefying Amazonian humidity; and a culture of public sanguinity that hardly ever fades away.

The journey to get here is unrelenting. Long flights and numerous stopovers totaling some 27 hours finally took me to the city most commonly associated with the late Nobel Prize laureate in literature Gabriel García Márquez. As Colombia’s national icon, Gabo, as he is nicknamed, set some of his major novels, including Of Love and other Demons and Love in the Time of Cholera, here in Cartagena—a modern port city in the north.

The rainfall is alternating, yet seemingly ubiquitous. While dining for lunch, we had to scramble to move inside after a sudden shower caught me and a small group of my journalist friends off-guard outside a restaurant in the walled city.

We are in Cartagena to take part in the Gabriel Garcia Marquez Fellowship in Cultural Journalism—an ensemble of journalists from Colombia and other Latin American countries, as well as Asia, Africa, Europe and North America.

As we left the restaurant to saunter the old city, I noticed that someone was following us. The man was taking long strides and tried to keep a very short distance from us. I was initially frightened, but when I was told he was a mimo, a homeless person, begging for money, my fear evaporated. The mimo had painted his face and wore a clown’s hat. A friend said that you just tell him gracias (thank you) a few times and he would tire and leave you.

I would not come across other mimos in the days to come, but my first encounter with such a local drifter was an amazing one, even though it was indicative of a social gap that my Colombian friends tell me has been reduced in recent years.

Life in the Walled City

Cartagena de Indias takes its name from the Spanish city Cartagena. Following the foundation of the city in 1533, the Spanish conquistador Don Pedro de Heredia assigned the name of the Spanish naval station that had sponsored his expedition and where his troops hailed from to the new Caribbean colony.

Today, Cartagena includes an ancient town known as the walled city—designated a UNESCO World Heritage Site in 1984—which is its main historical and cultural attraction. But the city doesn’t just stand out for its antiquity. There exists a delicate mixture of history and modernity: luxury restaurants and local food places; souvenir shops; fashion chain stores; cathedrals; plazas; and shops selling Colombian coffee that every tourist would find irresistible to visit.

The alleys confusingly look like each other, and without a guide, Google Maps or some degree of Spanish fluency, a first-time traveler would definitely get lost: cobblestoned, tapered lanes; balconies that tower over the not-so-much-lofty buildings and are mundanely noticeable; jardinières of blissful flowers and potted plants; and flags of different countries draped outside restaurants—underlining the existence of a diverse, multicultural composition of minorities and immigrants in the city.

The sculptures of heroes, martyrs and historical figures can be spotted all over Cartagena, especially inside the walled city. But what a visitor tends to fall in love with is Gertrudis—the fat, naked woman created by Fernando Botero Angulo, a prominent Colombian figurative artist. The painter-sculptor gained worldwide attention in 2005 for his Abu Ghraib series. Through his critical paintings, primarily exhibited in Europe, Botero has censured the abuse and torture of prisoners at the Abu Ghraib Detention Facility in Iraq by the US forces.

In 2000, the noted artist donated 85 pieces from his personal collection to a museum in Bogota, Colombia. There are usually vendors rambling around Gertrudis, selling her small-scale replicas. I am told that there are three Botero Gertrudis, but the one in the Plaza de Santa Domingo is perhaps the most popular one.

It’s quite stupendous that the walls in the old districts of the city are embellished with graffiti and murals unanimously. The graffiti mostly depict Afro-Colombians and allusively portray the historical prejudice they have been subjected to. Locals say that the painting of abandoned walls emerged as a tradition only recently, as the racist impact of colonialism slowly started to recede from Colombian society and, in turn, from its art. The graffiti is more perceptible in Getsemaní, a deprived neighborhood, which despite its destitution enthralls tourists and photographers alike thanks to its charismatic architecture and colorful, vivacious murals. International hotels have become progressively more interested in investing in the area

As more people often talk about the delicately slender, charmingly paved alleys of Getsemaní and its graffiti when they return home, they spontaneously invite new sightseers to come and behold what’s happening amid all the tranquility that exists there, sporadically interrupted by the commotion of cabs, servicio público vehicles and military sedans.

Some of the graffiti has a preeminent historical implication, including the one that depicts Pedro Romero, the legendary Spanish bullfighter who headed a group of blacks and mulattos in 1811 known as The Getsemaní Lancers and spearheaded a revolt that eventually resulted in the independence of Cartagena from the Spaniards in the same year. Cartagena de Indias was the second city in Latin America, after the Venezuelan capital Caracas, to win independence from Spanish colonialists.

The district is undergoing gentrification so it can function as a more well-liked tourist destination, but the architectural pattern is still preserved and the colonial legacy is silently there. However, there aren’t as many cathedrals or museums in Getsemaní as there are everywhere in the city, underlining the piety and strong religious integrity of Latin Americans.

Beyond my primarily parochial knowledge of Colombia as a land of coffee, FARC guerilla fighters and the tricolor flag closely resembling that of Ecuador and Venezuela, I knew something deeper about the Latin American nation and the civilization of the whole region thanks to the workshops I attended during the fellowship program and reading the stories of fellow journalists. Colombia is home to a venerable civilization and has been the scene of decades of assiduous, persevering struggle by noble people to win independence and self-determination for its people. Simón Bolívar, the Libertador—whom the people of Venezuela, Ecuador, Bolivia, Peru and Colombia feel indebted to due to his efforts to award them sovereignty and independence—famously said: “If Caracas gave me life, Cartagena gave me glory.”

Cartagena is a symbol of the Colombian quest for independence, and Bolívar is respected for heralding that much-awaited independence.

The population of Muslims in Colombia—something that I, as a Muslim journalist, was surprised to learn—is tiny: 15,000 out of a population of about 48.2 million. However, the small Muslim population has successfully integrated into the mainstream Catholic society, adding new virtues to the nation’s jubilant, colorful culture, which in some respects is not fully congruous with the teachings and moral codes of Islam. In return, it receives a convivial treatment by the non-Muslim majority, who might not have ever heard the name of Islam or seen a mosque.

Colombian people are indescribably composed, tolerant, good-humored and buoyant. They are deeply enthusiastic about books and never fail to honor the heritage of their luminous Nobel Prize-winning novelist and writer Gabriel Garcia Marquez. They regularly read his books and works of journalism and those by anyone who critiques Gabo somewhere in the world, and heatedly dive into debate whenever they find the chance, even in their informal daily conversations.

Even though many people tend to make generalizations about Latin America and consider the region as a single entity, each country has its own unique culture, history and set of problems. 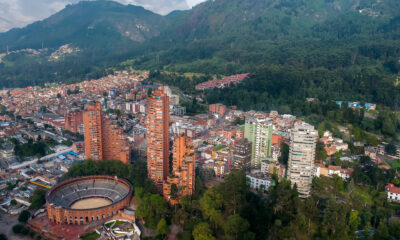 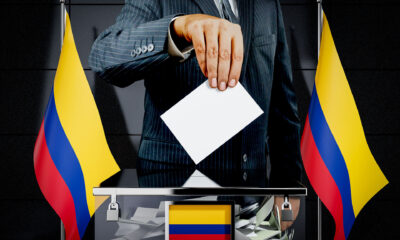