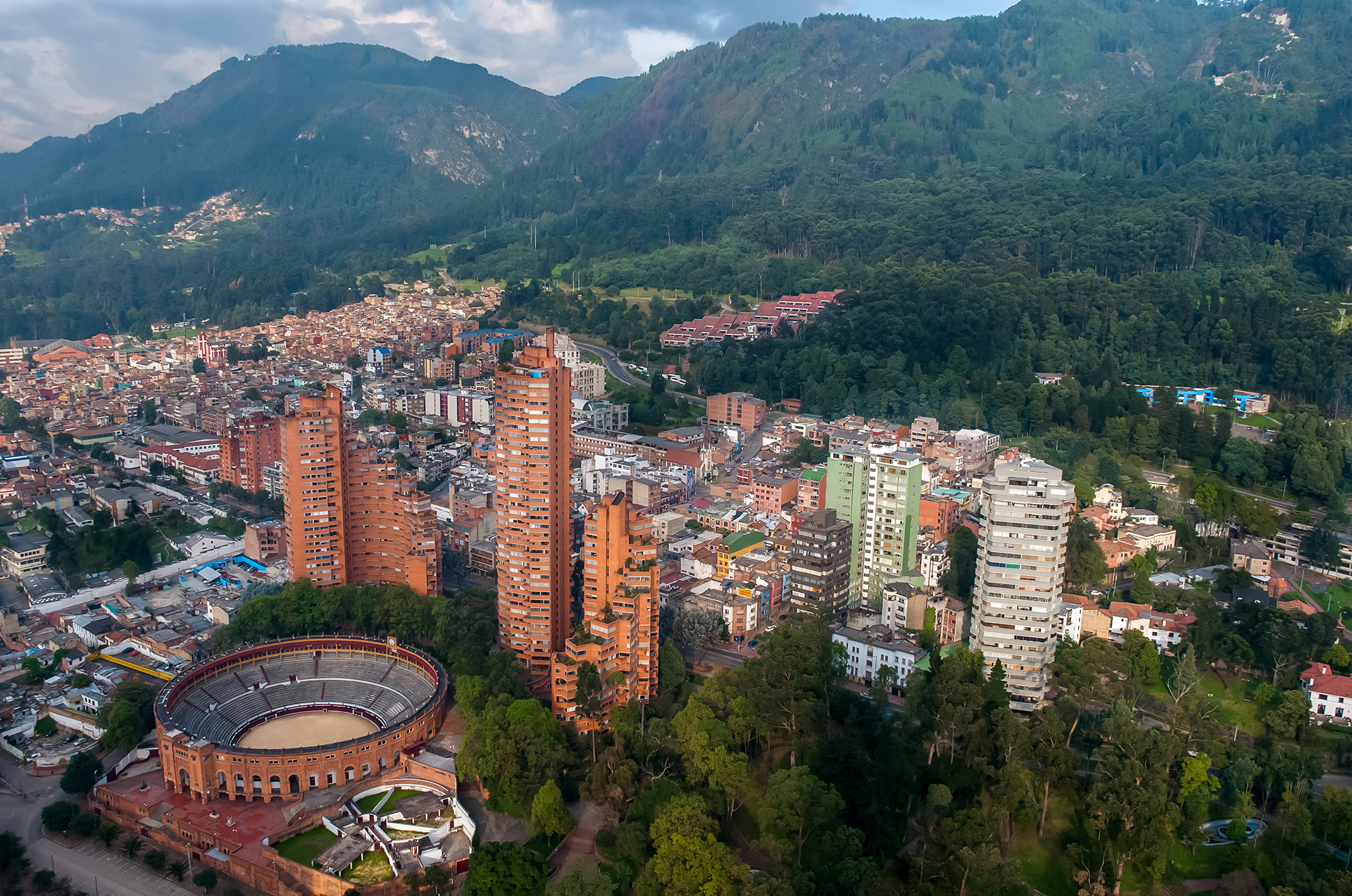 The city of Bogota was founded almost 500 years ago. Even before Spanish colonization, Bogota was the biggest city in the territory. Naturally, Bogota has been a hub for business and more than 20% of Colombian businesses begin here.

Throughout the 20th century, Bogota experienced a massive transformation in infrastructure, design and scale. It went from being a walkable 25-block city to more than 45,000 blocks today. In 1956, six municipalities were annexed as part of the formation of the “Capital District,” and urban sprawl contributed to Bogota’s explosive growth.

The city continues to grow in size and scale. Today, Bogota has been ranked as one of the best cities for doing business in Latin America. New urban works projects over the next decade promise to increase its attractiveness for foreign investment and transform it into a modern city. This would make it suitable for both expanding a business and creating a company.

The promise of better public infrastructure

Today, the capital city’s main mode of public transport is the TransMilenio, a bus-transit system that operates in most of the city. It also has Urbano, a regular bus that connects to the stops that the TransMilenio doesn’t reach, and TransmiCable, a relatively new mode of transportation, modeled after Medellin’s MetroCable, that takes passengers in and out of the southernmost parts of the city to a TransMilenio station.

This system has many flaws. Anyone who has lived in Bogota can tell you how crowded the TransMilenio can get, how difficult it is to get to the outermost parts of the city, and how much of a hassle it is to travel to neighboring towns. These are the key issues being tackled by these new transport projects.

The first one is the metro. It’s been talked about since the 1940s and has passed into the realm of legend. However, after many decades of political fighting over whether it should be subterranean or elevated, the metro might finally come to fruition. The first line will be elevated and will go from Bosa to Santa Fe, and the second line will connect to Suba. They’re projected to begin operating by 2028, and the new POT (Plan de Ordenamiento Territorial) made by Bogotá Mayor Claudia Lopez, envisions five lines in the next 30 years.

Second is the RegioTram, a high-speed train system connecting neighboring towns. Until now, the only option for people who live in surrounding towns like Chía, Mosquera or Facatativá, is to get to the capital by a clunky, overcrowded bus, which means hours of commuting every day. The RegioTram hopes to eliminate that. The first tram will connect Bogota to Facatativá.

As well as these new projects, the existing TransmiCable is also being expanded. After it was introduced in 2016 to the southern district of Ciudad Bolívar, TransmiCable has made the lives of workers who travel to the north of the city to work every day better. Now, three new lines will be added to it. The first will go to San Cristobal, the second will pass through the National Museum area and go to Monserrate, and the third will go to El Codito.

The Carrera Septima (Seventh Street) is one of the main north-south thoroughfares in the city. It stretches from the heart of La Candelaria, Bogota’s vibrant heart and its historic center, to the city’s northern city limits. In the last few years, it has transformed into something most Rolos (aka Bogotanos) call iconic.

As we move into the north on this street we find not only headquarters for a lot of important companies and businesses in the region, but also historic living spaces. Today, the street works as a highway where cars, buses, bikes and TransMilenio buses share one space, which doesn’t help with the city’s chronic mobility problems.

The “Green Corridor” or “Corredor Verde” project aims to reevaluate the Septima’s design, transforming it into a pedestrian-friendly green space, complete with new bike lanes, limiting the space for cars and promoting public transportation.

There’s some debate, however, as to what form of public transportation should be used. Former mayor of Bogota and current president of Colombia, Gustavo Petro, has insisted on a Tramway system, alluding to the one that existed in the 1940s, but current designs for the Corredor use the TransMilenio instead.

Both transportation systems have pros and cons. The tramway, for instance has already proven successful in Medellin, Colombia’s second biggest city, where it works as part of the Integrated Transport System (SIT). If it works as in Medellin, a Tramway system in the Carrera Septima could revitalize transport and reduce commuting time further, but building it isn’t a guaranteed success, and would increase the already high cost of the Corredor.

El Dorado airport is Colombia’s largest international airport, and has been ranked among the best in Latin America. It moves more than 30 million passengers a year and that number is only expected to grow, as the city attracts more foreign tourists, business travelers and migrants.

The airport is one of the reasons why Bogota is such a great place for business. Ease and comfort in air travel is a main attraction for foreign investors and business people, but it has recently started to fall behind with increasing demands from both tourists and commuters. That’s why the El Dorado Max project was launched. It aims to revitalize and expand the airport, allowing it to serve up to 60 million passengers per year. When the project is completed, it’s expected to make El Dorado one of the most advanced airports in the region, with the technology to compete with world-class airports around the globe.

Aviation and air transport is a very important economic facilitator. In 2014, it contributed over $160 billion to Latin America’s GDP. Allowing significantly more passengers into the country will increase tourism. It will also improve connectivity within the country, boost business and enable the capital region to bloom.

Infrastructure projects will have multiplier effect

Bogota forms 29.5% of Colombia’s GDP, making it the largest business hub in the country. With the recent efforts to better connect the capital city with the surrounding towns, the GDP of Bogota has reached $105 billion, and accounts for more than the GDP of three Latin American countries: Panama, the Dominican Republic and Uruguay.

These urban renovations prove Bogota is on its way towards more development. Not only are they bound to improve quality of life for everyone, including businesspeople who are looking to relocate or expand their business, but they will lead to a better, more stable economy.

Ease of travel, better transportation and improved public spaces will cement Bogota as the entry point to both northern South America and Central America.