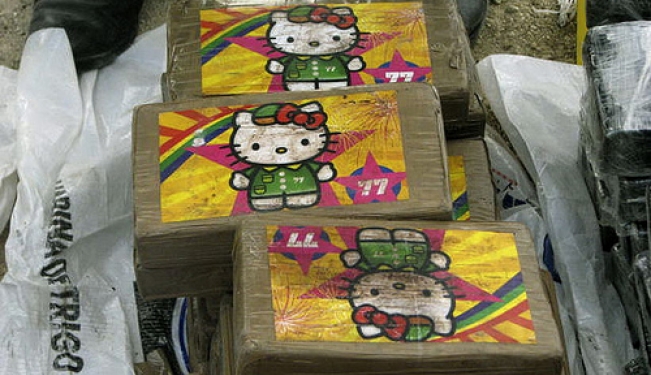 An editorial commenting on the rapid decline of law-enforcement and the increase in violence related to drug trafficking in Mexico.

When I was a child in the 1970s, Mexico was in the midst of one of its most dramatic transformations. Almost unannounced, the demographic explosion experienced during the years that followed the massacre of Tlatelolco became one of the country’s most significant and overwhelming problems. During the 1990s, the country reached 90 million people and by the end of the century the population exceeded more than 100 million. A large percentage of this fairly young population reached their economically active age by the mid-1990s, just in time for the second round of an economic crisis that started in the country in the early 1980s.

The War in Central America, a by-product of the American paranoia and its war against communism, contributed to the demographic explosion of the country and complicated the already precarious economic circumstances. Corruption, the most democratic condition of Mexico and Mexicans –to paraphrase Carlos Monsivais– was of course the cherry on top of the cake. Weak governmental institutions, lack of law enforcement, ancient cultural practices related to electoral processes, centralization of power, tax evasion, special favors, ill administration of resources, lack of transparency, impunity, and abuse of power were all far more endemic and less romantic problems that the common collective image of a citizen bribing a government official or a police officer demanding his “mordida”.

By the 1970s, Mexico was already a very corrupt and poor nation. Today, one would have to be living in a complete state of denial to believe that such issues have been solved or even adequately addressed. In fact, one may even argue that both poverty and corruption are much worse in Mexico today than three decades ago. Corruption has become institutional, not in the official collective discourse of the Mexican psyche, but in the actual actions of its citizens, specifically in the modus operandi of the country. What is said is completely different from what is actually done. In regards to poverty, official figures point to a staggering forty million people suffering from all kinds of needs and limitations, lack of opportunities, marginalization, unemployment, and rather mediocre education.

When there are no opportunities in a country, a large and ever-growing uneducated or undereducated population, no productive investment, a corrupt government, a weak or non-existent democracy, infinite social problems, and a series of economic policies that focus more on creating a stable environment for big capital investors than on procuring social justice and equality of opportunity for local citizens, these citizens need to find alternatives. When a weak state is unable to enforce the law and procure justice in an expedited manner, these alternatives tend to become lawless.

In the 1970s, the Mexico described today by reporters and news agencies simply did not exist. This Mexico is new for me and although nothing related to the state of decomposition of Mexico and Mexican society scares me or surprises me anymore –I am used to it– I wonder about the kind of memories that a twenty-year old Mexican youth may have of his own country twenty years from now,  memories that will likely be associated with poverty, corruption, unemployment, as well as crime, impunity, insecurity in the streets, kidnapping, migration to the north, drug-dealing, and narco-trafficking and the culture of Narco Corridos.

With no viable opportunities at home and a promising and profitable market to the north, the lure to emigrate is obvious, even if such a lure requires illegal action. However, the memories of youth today will also be permeated by an endless drug war, as well as the official response of the Mexican government towards the problem. Given our geographical position (unfortunate for many, a blessing for most) we are ‘a transit’ country, to put it in official words. We neighbor the largest consumer, which is a problem in and of itself. Perhaps the most disturbing realization is that the far poorer country in the equation, the one with corrupt and weak institutions, has been chosen by the intelligence and security officials of both nations to be the one in charge of carrying out a frontal attack on the extremely powerful cartels, in an effort to stop a business that generates billions of dollars a year.

As I read or watch the chilling, cruel, sad, tragic, and often disturbing descriptions of daily massacres taking place in Mexico as the result of this War on Drugs, I question the proud display made by my own government for precisely carrying out this war. What are we doing? What kind of world are we building for our kids? What are we really accomplishing? The economic crisis has forced us, among other things, to subsidize the American economy with cheap labor. Now it seems that it is forcing us as well to attack this same youth for whom we have never provided an alternative or a decent opportunity other than this life of crime and corruption. By giving them no alternative but to subsidize –with their own lives and the lives of those that confront them or get in their way– the peaceful lifestyle of American suburbs, we are only deepening the social and moral crisis of the already fractured Mexican society while helping to maintain the conventional perception that corruption exists only south of the border. After all, if America, the largest consumer of drugs in the world, is not facing the kind of problems Mexico has with drug cartels it is only because American government agencies and public officials are not as corrupt as their Mexican counterparts.

Drug dealing in America is solved by placing a good percentage of the marginalized black and Latino population in prison, serving the crime punishment industry, while satisfying with the demands of middle and upper class Americans interested in remaining immune to the hypocrisy of the whole issue:  the poor drug dealer goes to prison, while the wealthy addict goes to rehab.  Meanwhile, no one is interested in legalizing consumption.

Drug trafficking, on the other hand, is clearly a different story. I am sure the less corrupt American system has a sophisticated system in place to prevent drugs from being smuggled from McAllen to Denver once they are smuggled into American territory. I am not sure, however, about the efficiency or honesty of such operation. It is only appropriate that the real winners in all of this are the weapon manufacturers who are selling their gadgets to criminal organizations and law enforcement agencies. After all, it is a free market.