Home is not a safe space for many women around the world and coronavirus-era quarantines and lockdowns have increased the risk of gender-based violence. In Mexico, statistics reflect this reality and women additionally face the rising risk of becoming targets amid violent drug crime and the militarization of the state security forces.

According to the Secretariat of Citizen Security (SSPC) last year, 3,752 women were violently killed. Of these were 969 classified as femicides — defined as the violent death of a woman because of her gender — a slight increase on the previous year’s figure. According to data compiled by the Economic Commission for Latin America and the Caribbean, Mexico has the second-highest total number of femicides in the region — after Brazil — whilst nearby El Salvador and Honduras have the highest rates per capita. The prevalence of violent crime, a culture of machismo and weak implementation of measures designed to protect women mean Latin America is home to 14 of the 25 countries with the highest rates of femicide in the world.

The first months of the coronavirus pandemic were particularly dangerous for Mexican women, according to Maissa Hubert, the executive sub-director of Equis Justicia Para Las Mujeres, a Mexico City-based NGO. “During the first months of the pandemic, we saw a rise in various forms of gender-based violence,” she says. “In total, 11 women killed each day, compared to 10 per day at the start of 2020.”

In March 2020, the emergency call centers received 26,000 reports of violence against women, the highest ever in Mexico. The number of women leaving their homes to take shelter in the National Refuge Network quadrupled.

Outside the home, however, the continued growth of Mexico’s transnational criminal organizations and the militarized response of state security forces have further increased risks to women. While crime dropped in the first months of the pandemic, the security vacuum has increased clashes between 198 active armed groups in the country’s “hyper-fragmented criminal landscape,” according to International Crisis Group.

“Organized crime has aggravated the situation with regards to the murder of women,” says Maria Salguero, a researcher who created the National Femicide Map. “The crime gangs use the dead bodies of women to send messages to their rivals. In states where there is a lot of organized crime, such as Juarez, Chihuahua, Guerrero and Naucalpan, we see high incidences of femicide, disappearances and rape.”

The situation is exacerbated by the further militarization of state security. The Bertelsmann Transformation Index’s (BTI) country report on Mexico notes that “the army has been called upon to perform internal security tasks and is receiving large amounts of resources in the context of the war against drug trafficking.” It adds that the widening of the military’s mandate to include civilian tasks could have worrisome implications for consensus building in the country. As noted in the BTI report, President Andres Manuel Lopez Obrador‘s government risks losing public support if it cannot solve the challenges of corruption and violence in the country. It points out that “the fact that the army, which has so far not signified a threat to democracy, is required to undertake ever more tasks may be a threat in the future.” Such a breakdown in trust for institutions and the security forces could have knock-on effects for all violent crime.

On May 11, 2020, the Mexican armed forces and National Guard were given new authority to play a far greater role in policing violent crime in the country — giving them free rein to assume many of the police force’s duties — without any effective audit mechanism.

The effect of this process on gender-based violence is only now coming to be understood. “The attitude of this government and its predecessors has been that a military response to the security situation will protect all of us and women in particular,” says Hubert. “But the reality is that the increased circulation of firearms has had a tremendous impact on women.”

Firearms were the weapon used in 60% of the total 1,844 murders committed against women in 2020. From 1998 to 2019, the number of women killed by firearms in Mexico rose by 375%. Over 2.5 million firearms have entered Mexico from the US over the last decade, and firearms accounted for the overwhelming majority of the total of 34,515 murders registered in Mexico in 2020, the highest number since 2015.

The continued emphasis on militarized security is sapping state funds at a time when resources for programs addressing violence against women in Mexico are being cut. In recent years, Mexican public policy has had a mixed record with respect to gender-based violence. It took until December last year for President Lopez Obrador to talk about gender-based violence, having previously avoided using the word femicide or acknowledge that women faced specific security concerns. In May 2020, he said that 90% of domestic violence-related 911 calls were false. His team failed to provide evidence to support this claim when requested to by NGOs.

Despite this intransigence at the executive level, in recent years, there has been greater recognition of the problem at the federal and ministerial level, according to Hubert, with many long-lasting public policies proposed by the National Institute of Women, founded in 2001. However, many of the preventative and reactive policies introduced to tackle gender-based violence have been subject to cuts in government spending as a result of the pandemic.

“We analyzed the activity of the courts at the start of the pandemic, and we found gender-based violence was not being prioritized,” says Hubert. “Issues such as divorce and alimony are crucial for a woman looking to free herself from a violent situation, but they weren’t being attended to by the courts.”

For Saguero, the priority is to keep recording the names and identities of the victims of Mexico’s “shadow pandemic” of gender-based violence. “Only by making the victims visible can we really make the scale of the problem visible,” she says, “but we have a lot of work to do because the numbers remain high.” 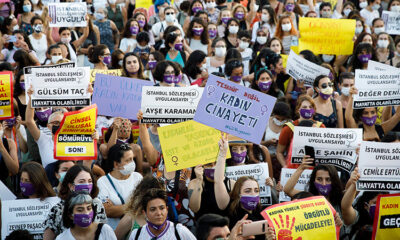 What Makes Women Such Easy Targets for Violence? 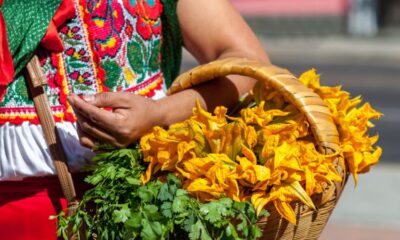 What’s Behind Femicide in Mexico?