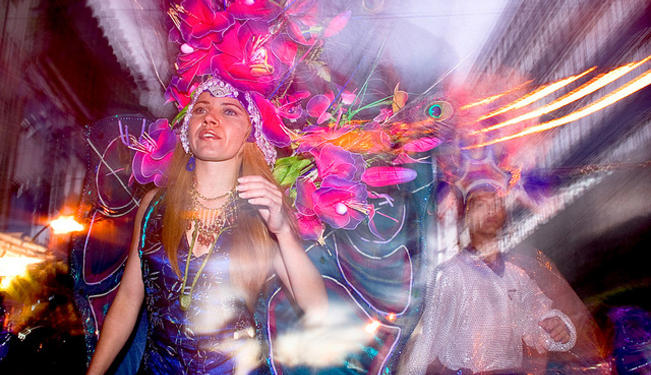 The outlook on sexual violence in Latin America stays grim, despite great efforts in urban planning and law.

For the last decade, female-friendly urban planning spiked in Latin America with women-only passenger cars and buses offering its target demographic respite from the not-so-occasional or accidental fondling.

Issued across Mexico, Brazil, and Guatemala, “pink” public transportation initiatives seemed to stem sexual harassment and provide safety for women. For their momentary relief, the results were praised as much as they were criticized. But as a broader initiative in El Salvador takes off to provide women’s-only services amidst an uptick in sexual harassment, sexual violence and feminicide, the stakes are higher. Can women’s-only services help quell a wave of gender-specific violence sweeping the country?

The Not Girl Friendly Devil is in The Details

Named “Ciudad Mujer,” the City for Women, the centers will cluster up to 18 government institute modules within a safe, centralized space for women to access a gamut of free services based around basic rights, sexual and reproductive health, child care, and counseling.

The first center hopes to provide services to an estimated 162,000 women from the neighboring departments of La Libertad and Sonsonate. With support from former Chilean president and head of UN Women Michelle Bachelet, the initiative cost $3.2mn, and an additional $20mn Inter-American Development Bank loan has been earmarked for the construction of new sites.

But feminist groups have vocalized their criticism against the initiative and whether “Ciudad Mujer” will change the prevalent “machista” culture in the country coupled with feminine chastity ideals, “marianismo.” With a population just over 6mn, women represent over half of all Salvadorans. Salvadoran women have one of the highest job-participation rates of women in Central America, yet the average wage of Salvadoran women is 14% less than men’s average wage, regardless of education level. This leads to exclusion from other areas, particularly management and legislative positions.

But more alarming are statistics relating to gender-based violence. According to an article published by Diario Co-Latino, one in three women have experienced physical, mental, or sexual abuse from someone they know, most often a family member. This abuse is escalating into a different, more disturbing phenomenon. A 2010 United Nations Population Fund report highlighted the alarming rates of feminicide in the country — 130 per 1 million women — and ranked it among the world’s highest. Between January and April 2012 the National Police, PNC, logged 187 murders of women.

However, El Salvador has some of the harshest abortion laws in the world. As this New York Times article gruesomely depicts, it is one of only five countries in Latin America that maintain an absolute prohibition on abortion, including under circumstances when the mother’s life is in danger. Moreover, it is the only country that employs an active policing division to investigate suspected abortion offenses reported from state-run hospitals. The majority of women who seek to experience an “integral life free of violence” and harassment-free bodily autonomy are still at odds with a state that minimizes the trauma of rape or incest by denying choice. Coupled with the judicial system’s weaknesses, violence is abetted by the same government that aims to protect and defend.High levels of impunity leave many crimes unresolved or unreported. Between 2008 and 2009, the Fiscalia General de la Republica (Attorney General’s Office) registered 6,803 cases involving sexual violence against women. Only 436 of those crimes ended in a conviction. For the 477 femicides registered in 2010, 30 resulted in a conviction.

El Salvador is not alone in creating women-friendly spaces and legislative protections while simultaneously seeing an increase in gender-based violence. The region experiences among the worst rates of gender-based violence and sexual harassment. However, gang and drug trade fueled violence in Central America have turned the isthmus into one of the deadliest places in the world for women. UNICEF, UN-Habitat and UN Woman are making inroads to address this issue with the five-year “Safe and Friendly Cities for All” aimed at “making women and children feel safer in their neighborhoods while increasing quality of life.” Slated to receive the program are cities in Honduras and Guatemala, who experience high rates of femicide, judicial indifference, and “machista” attitudes.

“Ciudad Mujer” and pro-women legislative writs are laudable efforts in areas where the need to stop violence against women is urgent. The centralization of gender-specific services cuts the commute to multiple institutes, decreasing exposure to criminal elements, and could allow many women to invest more time in education or work. Undoubtedly, the center and the other six slated for construction will offer temporary relief in a city where a cat call is as innocuous the chirping of sparrows sitting on the power lines.

But abusive attitudes once bound to the private sphere of relationships and family are escalating on the streets with random and brutal efficacy. Femicide is the final concatenation in a chain of gender inequality supported by judicial indifference forged by gender discrimination. If they can make it to these spaces at all given the high concentration of women in rural areas, many will leave safe spaces to transit and return to unsafe situations they cannot easily leave due financial, cultural, or psychological reasons. “Ciudad Mujer” and similar incarnations in other countries should not be treated as the panacea to solve women’s problems or more structural factors like poverty, wage stagnation, and social discrimination.

As Aleksandr Deejay points out in an article on women-only transportation, the provision of gender-segregated spaces “may perpetuate the perception that women inherently need to be singled out, protected, and isolated. In essence, creating this kind of divide may facilitate the idea, real or imagined, that division is necessary.” In El Salvador, this phenomenon is clearly manifest, where legislative powers institute contradictory laws that do little to challenge cultural conventions that lead to violence against women. When the foundations of the house are examined up close, the picture for women is grim.